A new life for an old train line. 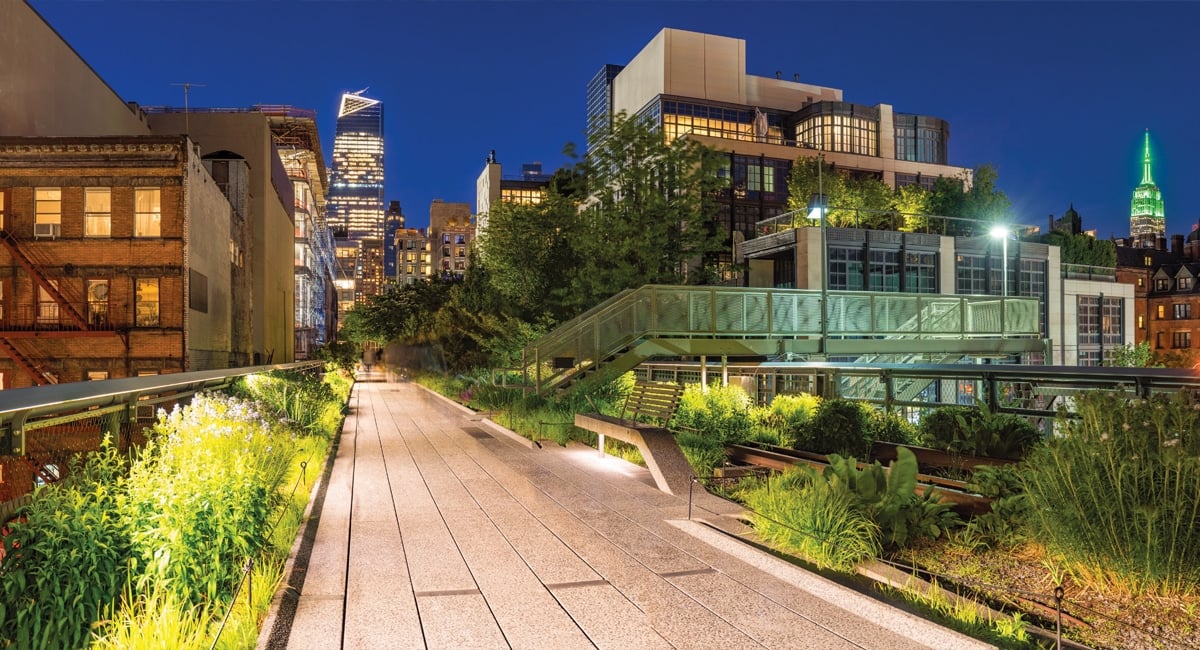 During the mid-1800’s, railroad tracks ran along 10th and 11th Avenue in Manhattan, delivering coal, dairy products and beef to processors and distributors on the West Side. Men on horseback rode in front of the trains, waving flags to warn people of approaching trains, but the corridor was hazardous. By 1910, an estimated 548 deaths and 1,574 injuries had occurred over the years on the 11th Avenue line alone. The solution – elevate the tracks!

In 1933, the first train chugged along the High Line viaduct, which ran from St. John’s Park to Spring Street. However, by the 1950’s the dramatic increase in interstate trucking greatly depressed the market for freight trains. By 1978, the High Line saw only two carloads of cargo per week. Two years later, with the construction of the Javits Convention Center at 34th Street, Conrail, the High Line’s owner, had to disconnect it from the national rail system. Afterward, the unused line fell into disrepair, but its riveted steel structure remained sound. 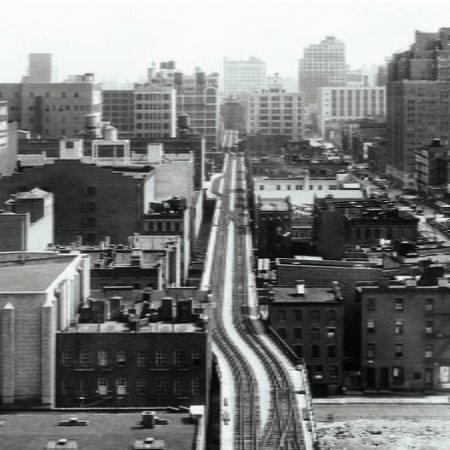 The High Line as an elevated rail corridor during the mid-20th Century.

In 1999, inspired by the Promenade Plantée, a tree-lined walkway following an old, elevated railroad line in Paris, residents along the High Line began advocating for the city to preserve and repurpose of the High Line as an urban park. Work on the project began in 2006, with the first phase opening in 2009. The third and final phase was completed in 2014, with a short spur above 10th Avenue and 30th Street to open this year.

Today, the High Line is one of New York’s outdoor gems. This 1.45-mile elevated greenway now has over 5 million visitors annually and has inspired other cities throughout the United States to turn obsolete infrastructure into attractive public areas. 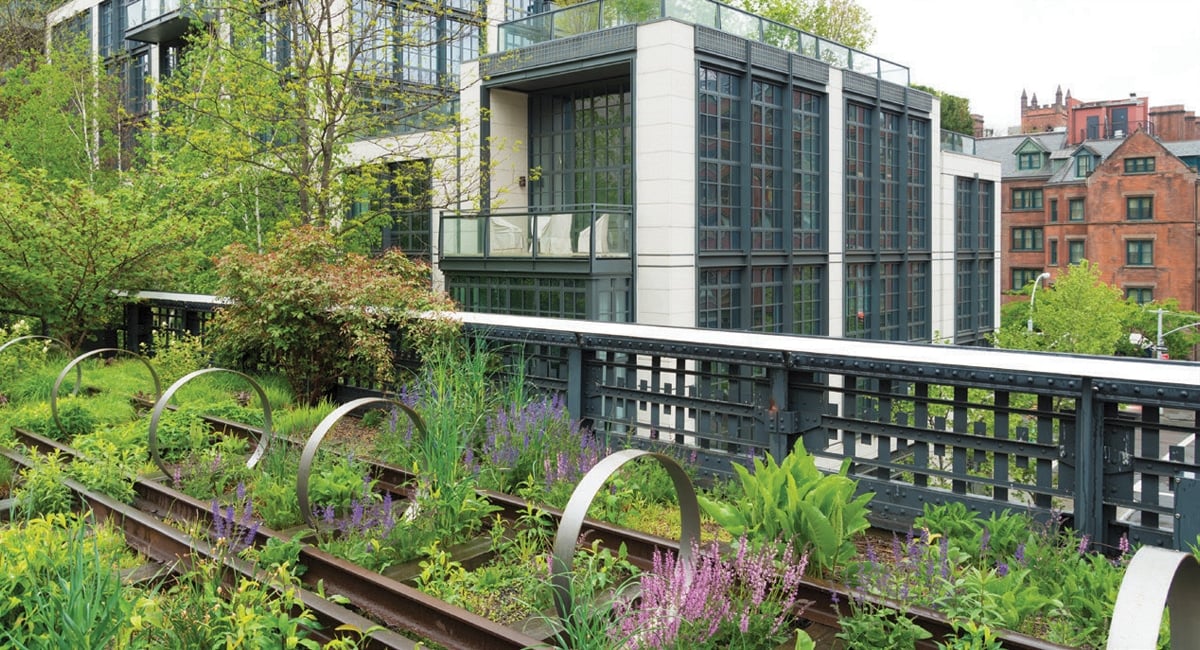 The High Line is first and foremost a park, with green space, areas for children to play, tai chi classes, joggers, strollers and many places to simply hang out and watch the world go by. Visitors can also take a walking tour to learn about the High Line’s history, design, unique horticulture and public art program. You can also watch or participate in live music and dance performances. And during Halloween, the ghosts of all those who met their demise before the train tracks were elevated are said to haunt the High Line. But they’re friendly ghosts offering a day of family activities, like face painting, ghoulish live performances and other reasons to dress up.

There’s a saying in the city, “You gotta have park!”. The High Line has quickly become one of New York’s most beloved green spaces and a must-see for visitors. It’s a tribute to the past and a shining example of how that past can be preserved and revitalized. 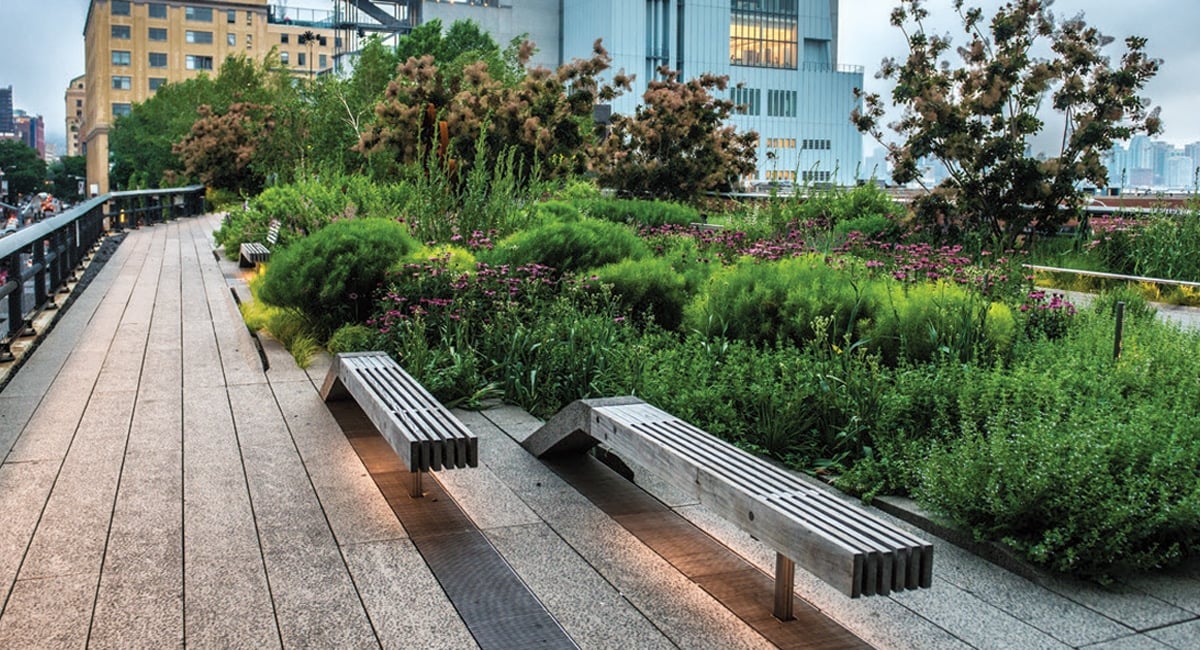 HOW HAS THE CORONAVIRUS AFFECTED
THE HIGH LINE?

They are operating on a free timed-entry reservation systems. Reservation times open in batches on a weekly basis. They are made available for the following week every Monday at 10 a.m. Reserve your pass here. A limited number of day-of walk-up passes are available at the entrance. All passes are a first come, first served basis.

Entrance only at Gansevoort Street. All visitors must move northward from there. All other access points from there are exit only.

Masks are required. Maintain social distancing of six feet at all times.

All programs have been postponed until further notice.

Visitors are encouraged to limit their time on the High Line to one hour. Reentry is not allowed.

There is no set date yet on when the High Line will fully reopen.

Take Amtrak to the High Line

Experience the High Line via Amtrak to Penn Station—Don’t forget to use the New York By Rail 15% discount! From there, the High Line is a 10-minute, half-mile walk, or take the E or C trains downtown on a 13-minute subway ride.