Situated atop Penn Station, Madison Square Garden is the home of the New York Knicks and New York Rangers, as well as an arena for world-touring concerts and boxing matches. Guided tours include VIP areas and locker rooms.

“The World’s Most Famous Arena”

Madison Square Garden is a celebrated center of New York City life and entertainment, housing both the New York Knicks basketball team and the New York Rangers hockey team. The 150 foot-high arena can house over 20,000 fans and operates conveniently above Amtrak, the Long Island Rail Road and New Jersey Transit at Penn Station. The current Madison Square Garden, the fourth venue to bear that name, opened its doors in 1968. It was one of the first of its kind to be constructed: a venue on top of an operating railroad. In 2013, Madison Square Garden underwent a three-year top-to-bottom refurbishment, making it one of the most state-of-the-art venues in the world.

Dubbed the “Coolest Arena in the United States” by Rolling Stone Magazine, Madison Square Garden has been a major venue for every type of event in the heart of Manhattan since 1879. In that span, the Garden has held massive relief concerts, such as the famous Concert for Bangladesh in 1972 or the Concert for Sandy Relief in the wake of the 2012 hurricane, landmark visits from popes, and political conventions for both the Democratic and Republican parties. Within the “World’s Most Famous Arena”, Marilyn Monroe serenaded President John F. Kennedy on his birthday, the New York Knicks won championships in 1970 and 1973, the New York Rangers won the Stanley Cup Finals in 1994, Muhammad Ali fought Joe Frazier for “The Fight of the Century” and so much more!

On the Madison Square Garden All Access Tour, you will be able to see moments and exhibits from throughout the building’s history, such as Elton John’s signed setlist, Dave Matthews’ guitar, the liturgy book for the Mass of Pope Francis, and much more!

Experience an expanded view of Garden 366, the unique exhibit that displays photos from one moment of Garden history every day of the year, as well as the “Defining Moments” exhibit which features memorabilia and artifacts from the building’s history. Finally, guests will go up to the Chase Bridge in the arena, where they can see the huge view of the court from up above.

Attendees will also see the locker rooms of the New York Rangers and New York Knicks, private suites, and the VIP club bar and grill. Don’t miss out on this cool experience!

For groups of 15 people or more, there are various types of tours that you can check out!

“A must visit venue on your travels to Manhattan. This Internationally recognised venue holds everything from ice hockey, to basketball, to some of the most recognised performing artists in the world.” 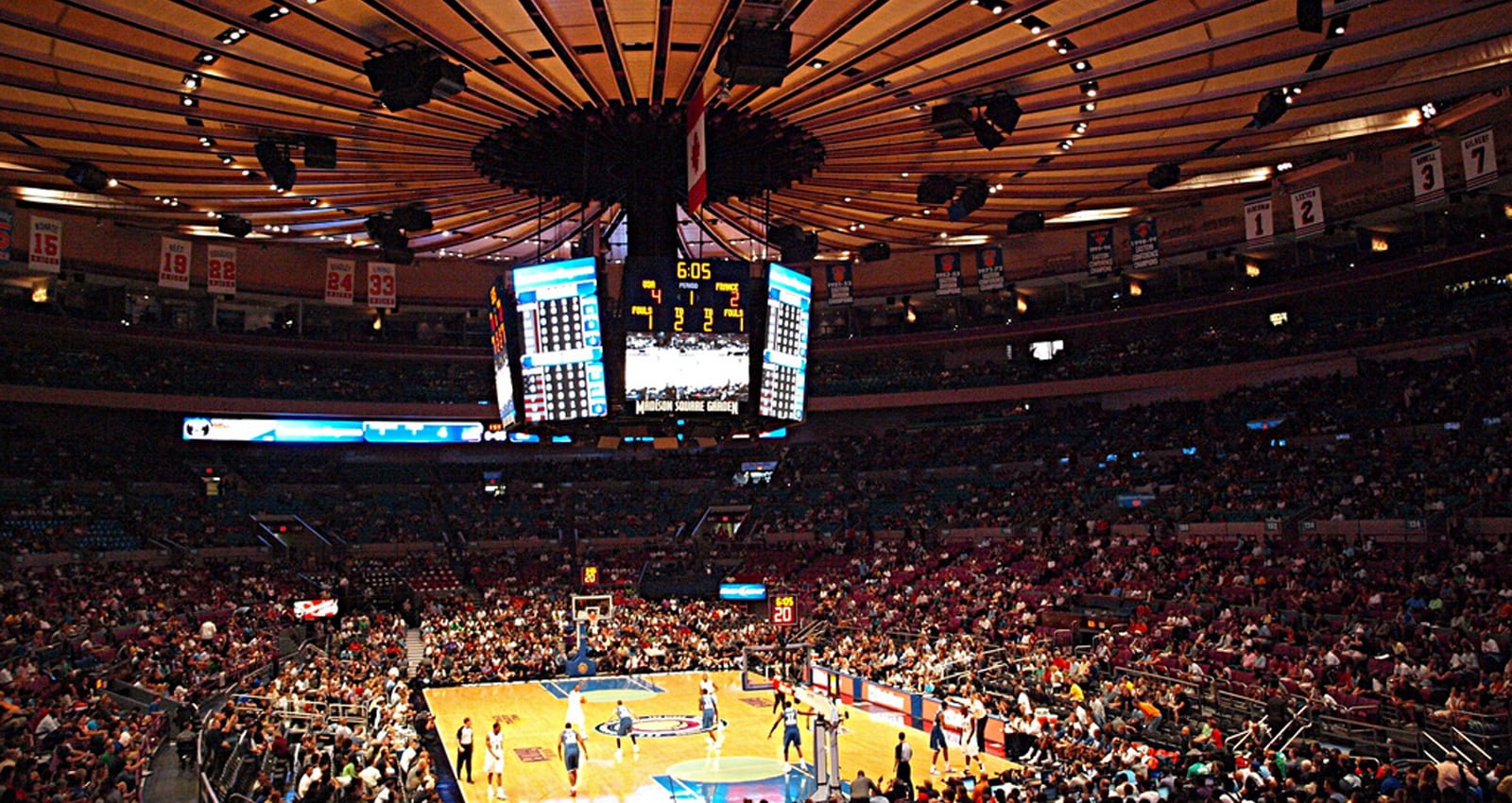 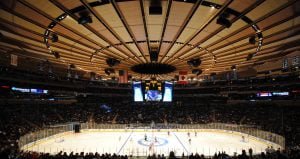 Situated atop Penn Station, Madison Square Garden is the home of the New York Knicks and…