Eager for a relaxing break from city life without the hassle of car traffic or airport security, I’m heading to Saratoga Springs on Amtrak. Saratoga promises a leisurely and largely walkable year-round getaway in a destination rich in history, health, arts and… horses!

After an early departure, I secure a seat offering stunning views as the train winds its way up the Hudson River, past Albany to Saratoga Springs Station. The scenery, along with my comfortable seat (hello, legroom!), a well-stocked café car and complimentary Wi-Fi, makes the journey fly by. I arrive before noon, ready to take in as much as I can in less than 48 hours.

Off to the Races

Arriving the first weekend of the 40-day thoroughbred horse racing season at Saratoga Race Course, the town buzzes with anticipation. I’m a novice track-goer, but I feel the energy and immediately get caught up in the excitement. After dropping my bags off at the Pavilion Grand Hotel, I hop on one of the free trolleys to go to the track.

The grandeur of the Saratoga Race Course is second to none. The Victorian architecture and grounds transport me to an earlier time. The oldest organized sporting venue in the country, the impressive Queen Anne-style grandstand and 1 1/8-mile track are a historic backdrop for the elegance and pageantry still celebrated today. Opting to pay the general admission fee ($7.00), I’m awed by the well-dressed men and women in flowing floral dresses and wide-brimmed hats who ask me to take their photos before disappearing into the posh hospitality sections of the Grandstand’s Clubhouse and restaurants.

I can’t help but place a few bets. Race fans are eager to offer me tips. One gentleman spews a stream of statistics while another shares that he’s having a winning day just betting on his favorite horse names. I focus on the fourth race (my lucky number) and use my birthday in a variety of bets. It’s easy to place cash bets at the electronic machines, starting at increments of just fifty cents. My biggest wager is $4.00 on a long-shot, but Lady Luck doesn’t shine on me.

After the race, I check out the Taste of NY concession, featuring locally produced food and Saratoga mementos. Other stalls sell beautiful equine art alongside ladies’ hats for dressing up at the track.

That evening, I head to the Saratoga Polo Association polo fields, where matches are held every Friday and Sunday throughout the summer. I sink into the quiet, casual sophistication of the crowd. Tailgaters set up across the field, while I enjoy my box seat at the clubhouse. 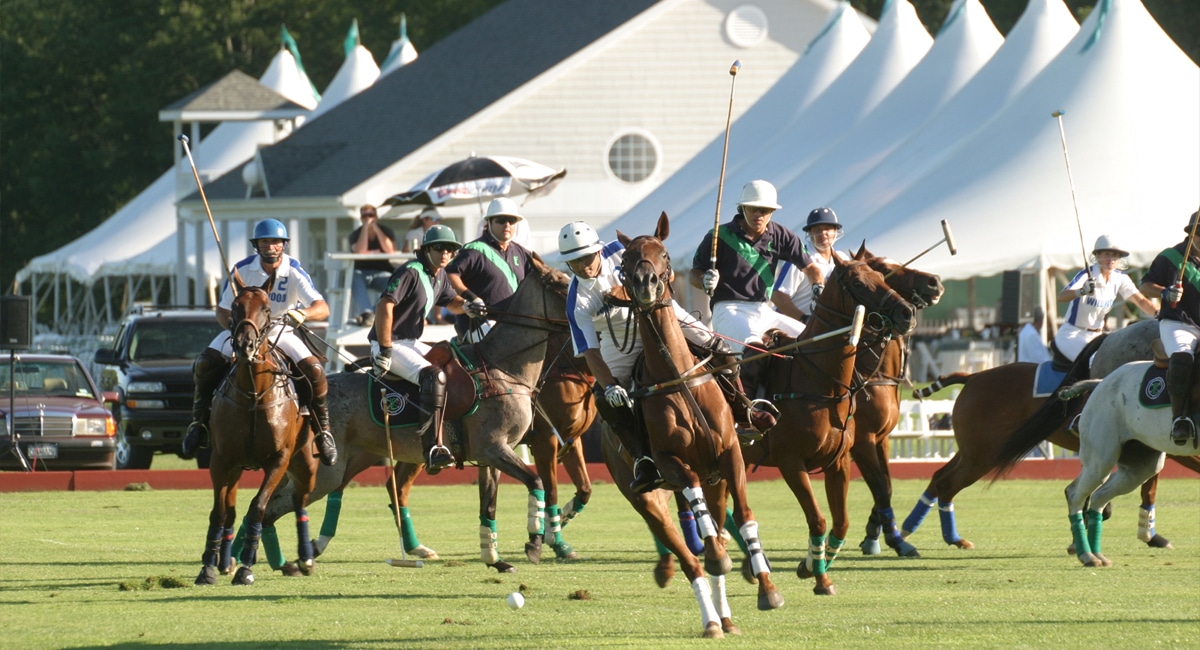 It’s a glorious evening. I don’t know much about polo, but the organizers tell what to look for during the match. As I snack on a meat and cheese platter, horses and riders make their way up and down the field, whacking the ball with their long mallets and sometimes scoring. At halftime, I join other spectators, and a few of their canine companions, to “stomp the divot” (tamp down the kicked-up grass) on the field.

The next morning, I head back to the Saratoga Race Course, using Saratoga’s new bicycle share program. Bikes are conveniently located less than a block from the Pavilion Grand Hotel.

I pedal the flat mile to the morning’s training session. Entry is free this time. From 7:00 a.m. until 9:30 a.m., visitors bring their morning meal or enjoy a buffet breakfast, with a prime view of the track.

Part of the experience is a complimentary tour of the stables. I take a tram to the “back stretch” (far side of the track), snapping photos of the expansive racing loop and grandstand. I watch as trainers “pony their horses” (teach them to feel comfortable on the track), while “hot walkers” cool down the thoroughbreds after their workouts. The tour focuses on the history of Saratoga Race Course and how owners, trainers, jockeys and others work together to tend their steeds. It culminates with an up-close view of horses entering the starting gate.

Afterward, I head across the street to the National Museum of Racing and Hall of Fame, home to an extensive collection of art, artifacts and memorabilia on the history of horse racing in America. A current exhibit dedicated to Man o’ War, one of the world’s most successful racehorses, is particularly engaging, with video footage of this fleetfooted thoroughbred. I leave with a stronger understanding of the passion surrounding this centuries-old sport.

The big surprise for me about Saratoga Springs is the beauty of its historic downtown which runs along Broadway. Staying at the Pavilion Grand Hotel makes the downtown area easy to explore. It is close to many restaurants and less than a mile from the racetrack, Congress Park and other attractions.

This intimate boutique property features oversized guestrooms, each with a kitchen area, several suites, and suites with one or more outdoor terraces. With large sleeping, living and loft areas, I can see why Pavilion Grand is such a hit with family vacationers, as well as luxury travelers seeking privacy and solace while visiting the area. 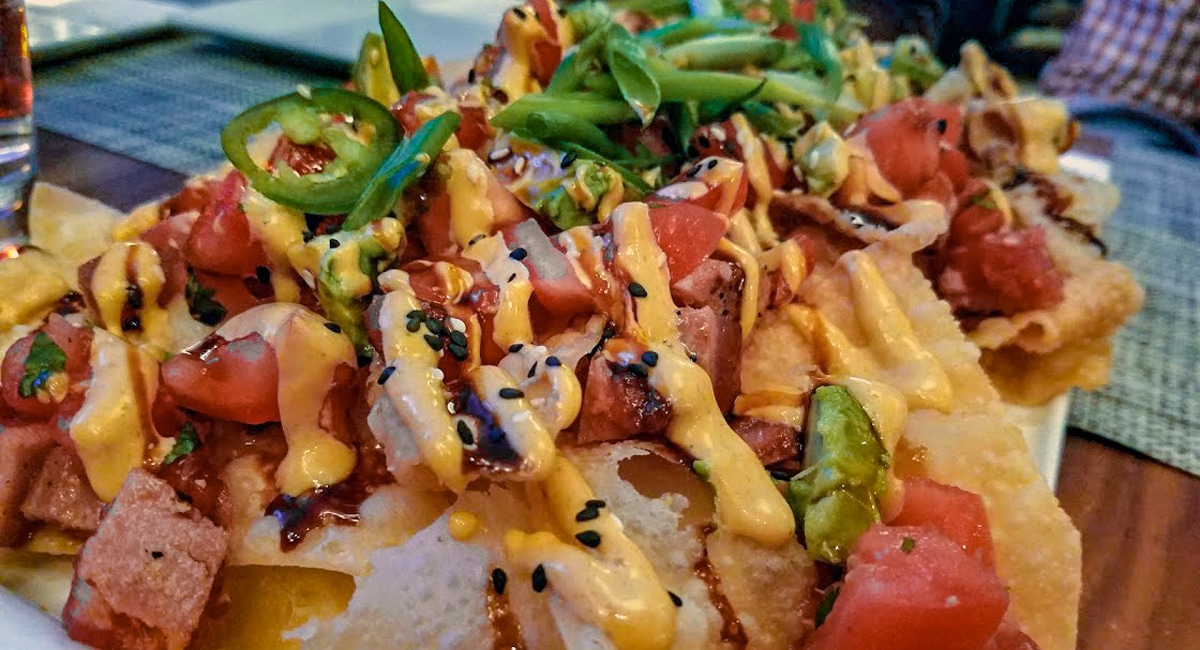 I dine at Fish at 30 Lake, a local favorite specializing in inventive ocean-to-table seafood. After sampling Blue Point, Irish Point and other regionally-sourced oysters, I move on to Ahi tuna nachos, a house specialty of seared tuna over wonton chips, and finish with Angelo’s Scallops Oreganato, a silky dish served in a cast iron pan with buttered bread crumbs.

After dinner, I stroll past the row of Victorian, Queen Anne, Italianate and Gothic mansions on North Broadway. These beautifully-maintained homes are some of the many examples of Saratoga’s history and grandeur that quietly continues today. 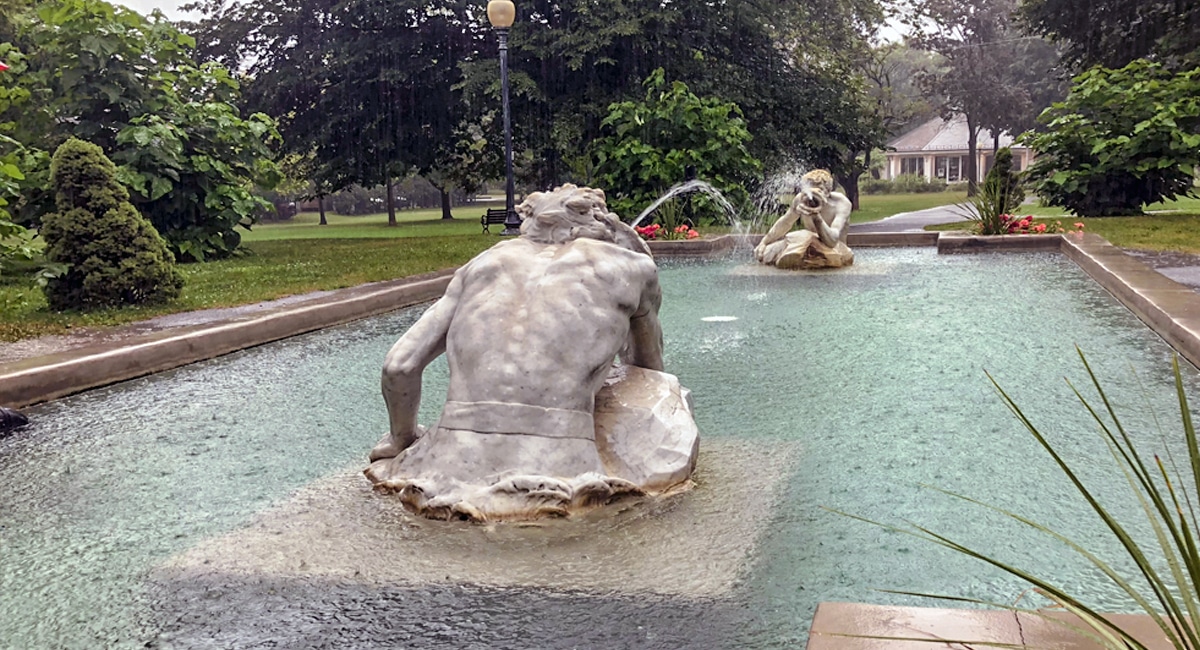 The Spit and Spat Fountain. | Photo Courtesy of David Connelly

On a tour from the Saratoga Springs Heritage Area Visitors Center, I realize that Saratoga is not just about horses. The 90-minute walking tour includes picturesque Congress Park, where I learn about the early history of Saratoga Springs, from the earliest settlers through the American Revolutionary War. The tour also covers Saratoga in the late 1800s and early 1900s, its heyday when the local mineral springs lured the wealthy with their promises of healing waters. I also learn how Saratoga became an area of fun and folly, complete with backroom gambling and other entertaining diversions for visitors taking the waters.

Drinking from several of the mineral spring fountains in Congress Park, I picture imaginary skin, liver and digestive system ailments being cured. Other tour highlights include a historic wooden horse carousel from the early 1900s, Saratoga’s famed ‘Spit and Spat’ fountain depicting two Mermen from Greek mythology and the Canfield Casino, used by high-rollers in the 1870s and now housing the Saratoga Springs History Museum.

Following the tour, I take a bike-share again, this time to go to Saratoga Spa State Park. I could spend an entire day at this national historic landmark, enjoying the swimming pools, golf course and mineral springs, especially the Roosevelt Baths and Spa. Named for Franklin D. Roosevelt who preserved the mineral springs during his U.S. presidency, the Roosevelt Baths date back to the 1930s and still promise effervescent aquatic bliss.

In addition, the park is home to the National Museum of Dance, the Saratoga Automobile Museum and the Saratoga Performing Arts Center (SPAC). A stunning outdoor amphitheater, this summer, performances at SPAC include New York City Ballet, Philadelphia Orchestra, Chamber Music Society of Lincoln Center, as well as contemporary concerts by artists like Janet Jackson and Dave Matthews Band.

On my last evening, I take another stroll around downtown Saratoga Springs. Diners enjoy their meals al fresco. A free, live Shakespeare performance is happening in Congress Park. I sneak one more sip of mineral water from a fountain, then realize my visit to Saratoga Springs has rejuvenated me. Was it the mineral water? Regardless, with so much to experience year-round, I look forward to planning my next visit soon.

From SAR: Enterprise picks you up at the station and takes you to your reserved #NYTRAIN Enterprise Rent-a-Car. Click here to reserve your car, or call Enterprise’s Saratoga Springs office, Tel. 518-587-0687.

Taxis, Uber, and Lyft serve the area. During July and August, a free trolley takes visitors around downtown Saratoga Springs and to the Saratoga Race Course.

For more on what to see and do, visit Saratoga County Tourism: ILoveSaratoga.us

Points of Interest Around Saratoga 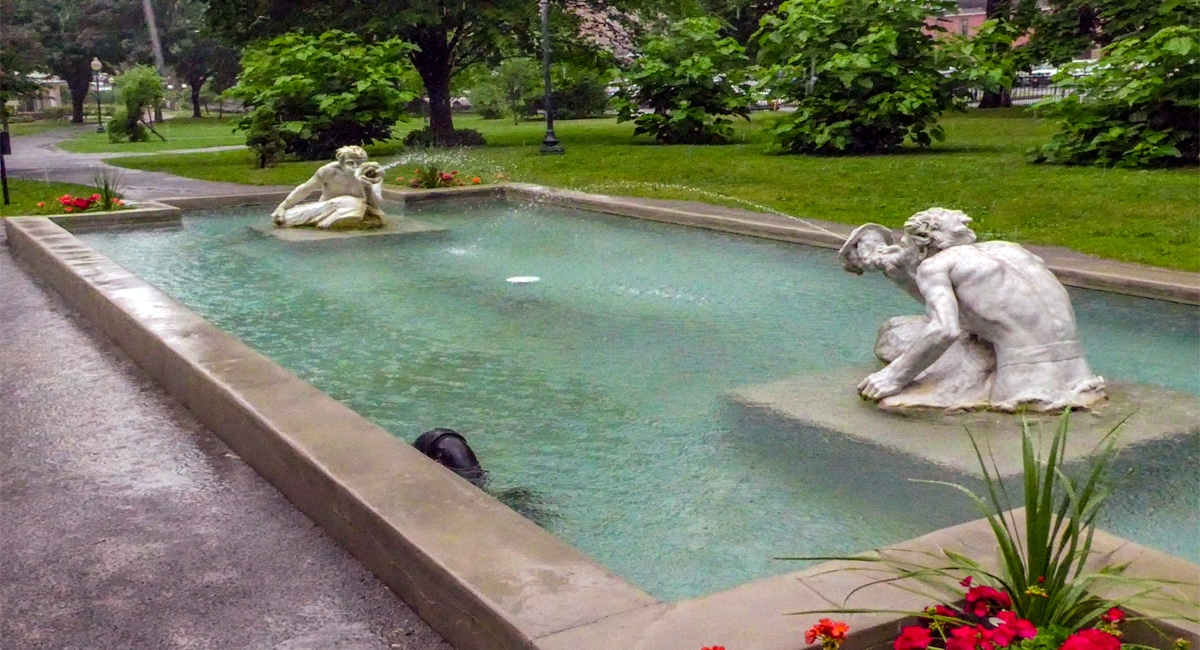 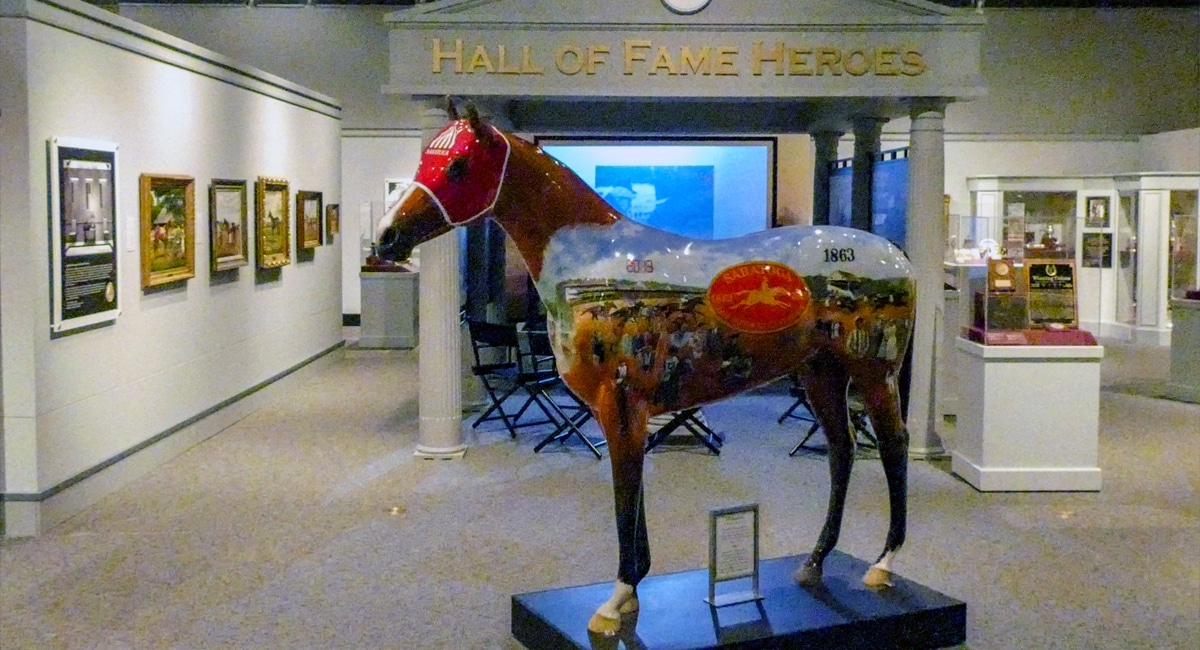 National Museum of Racing and Hall of Fame

Dedicated to the history and sport of horse racing in America. 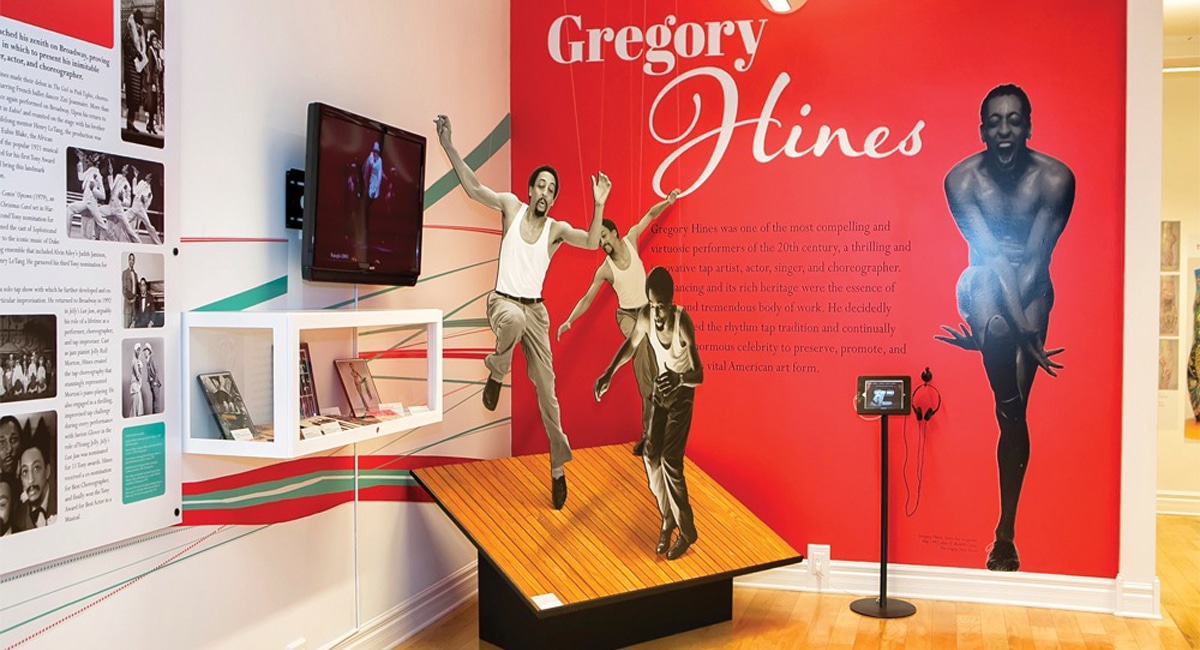 The only museum in the United States dedicated to the art of dance. 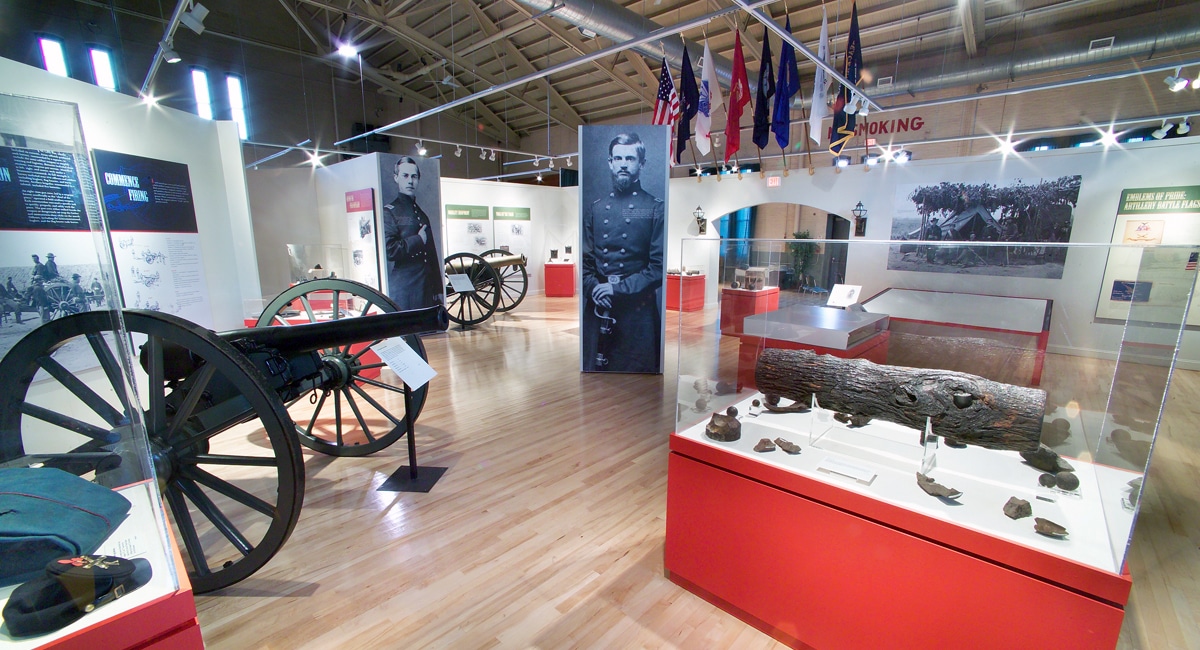 10,000 artifacts from the Revolutionary War to Desert Storm in a historic armory. 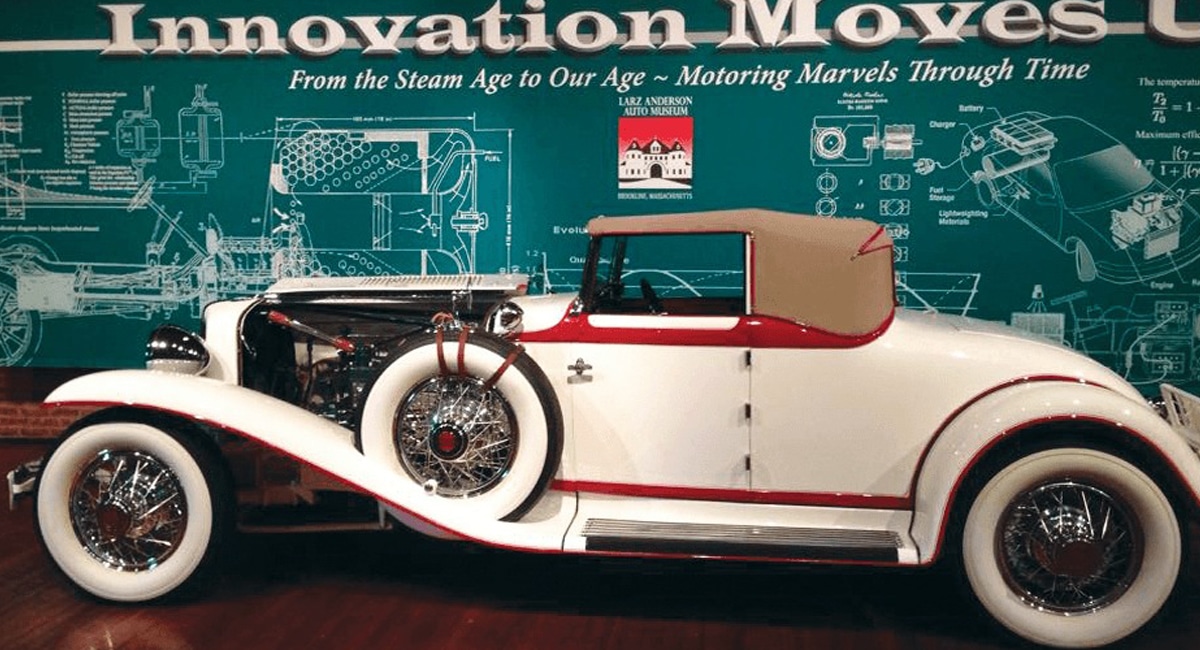 Cars, auto art and auto artifacts, plus Cars & Coffee, a regular meet-up of car enthusiasts and their vehicles. 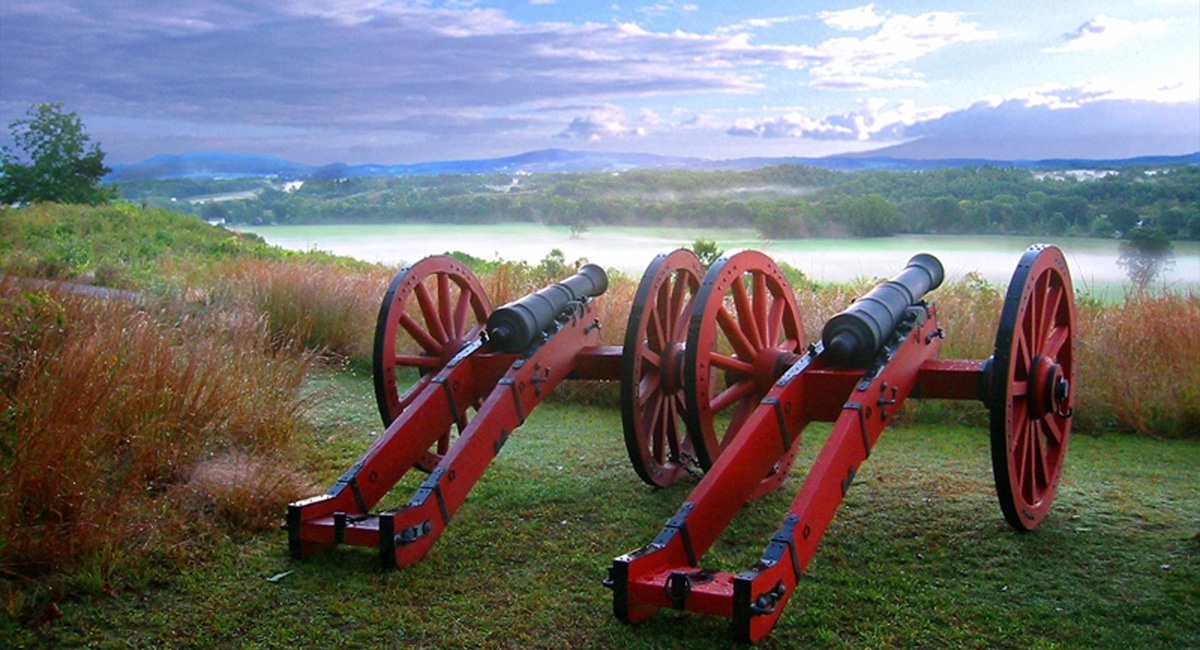 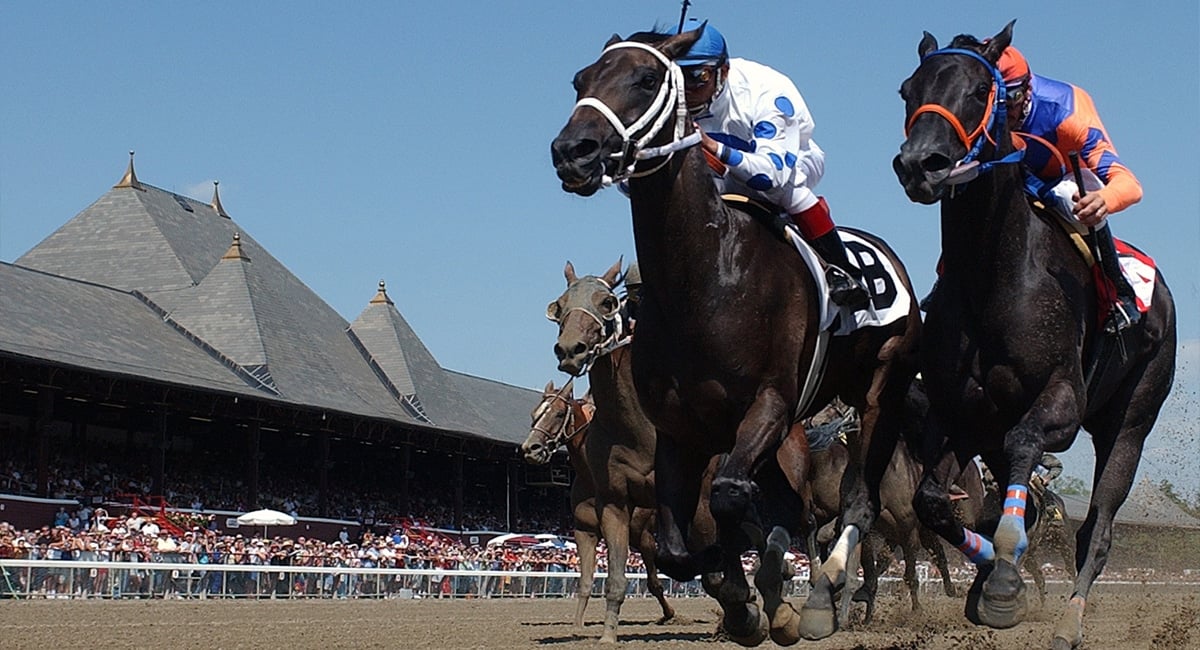 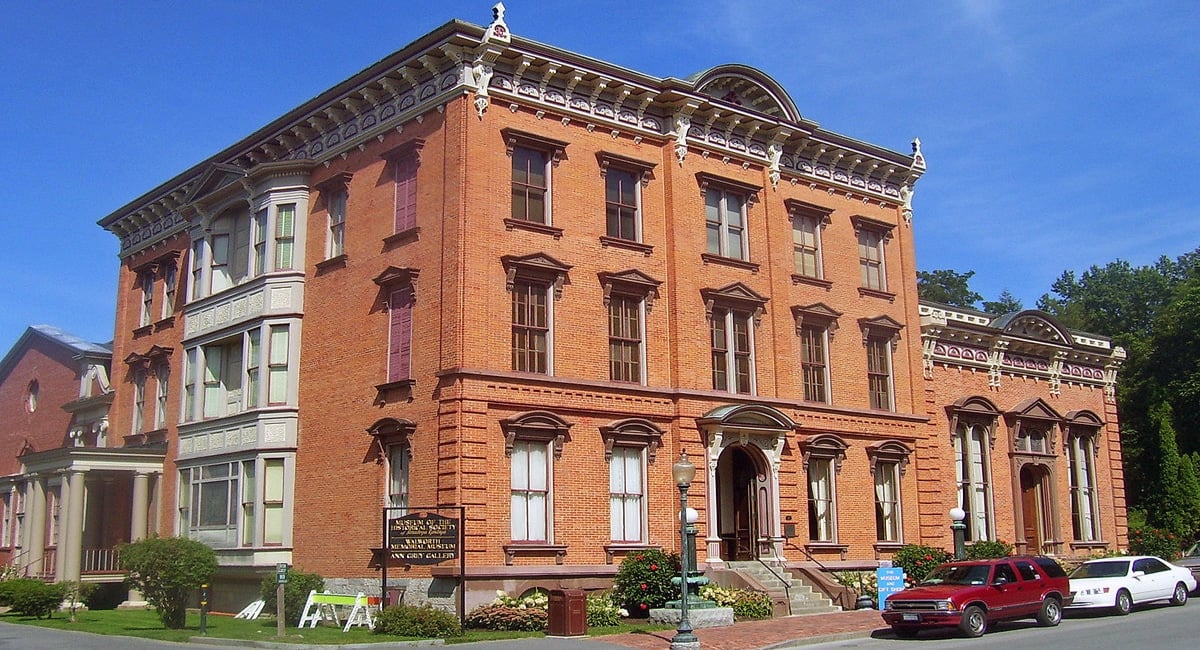 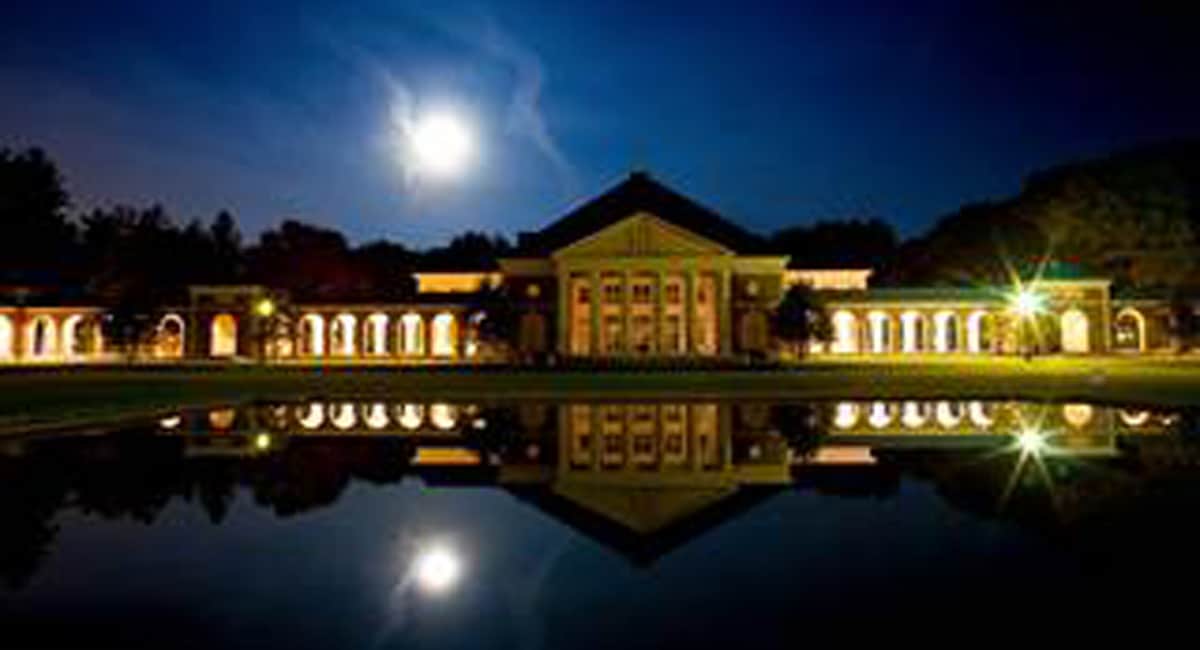 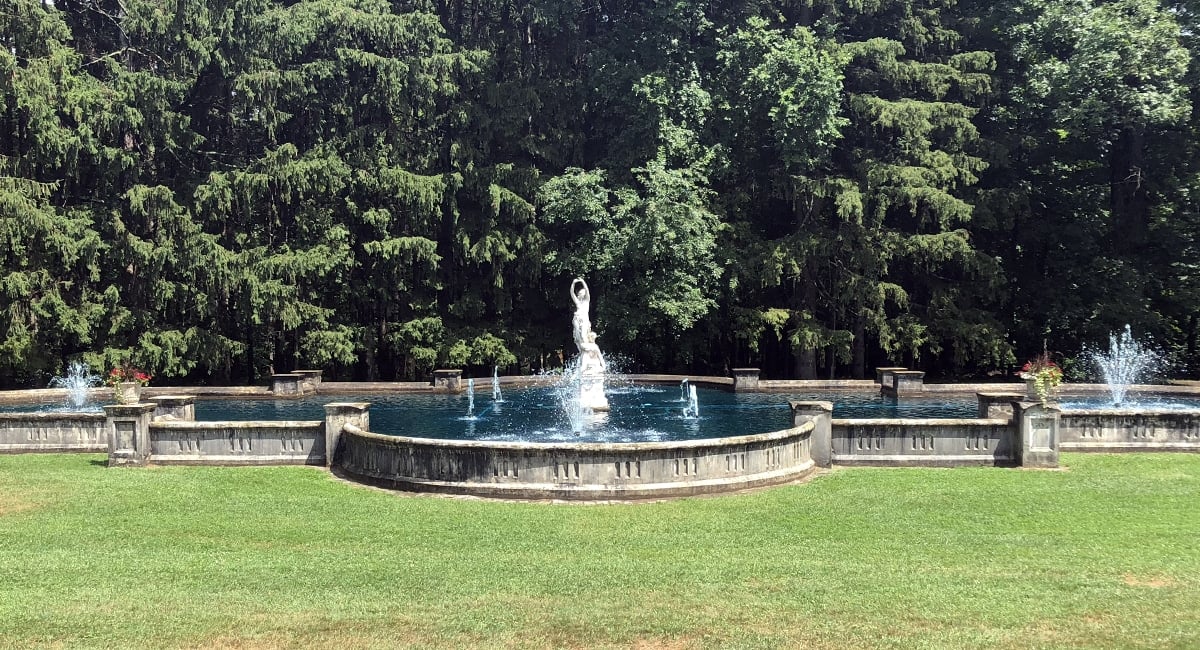 Artists’ retreat with terraced gardens on a 400-acre estate.

Not to Miss in Saratoga 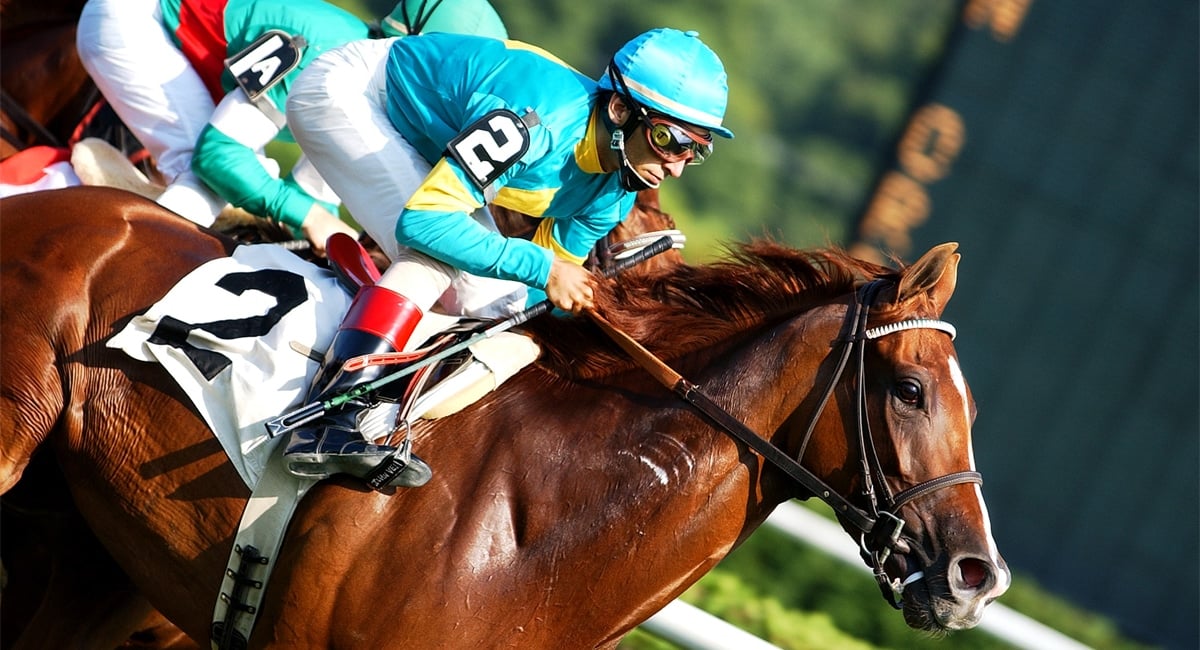 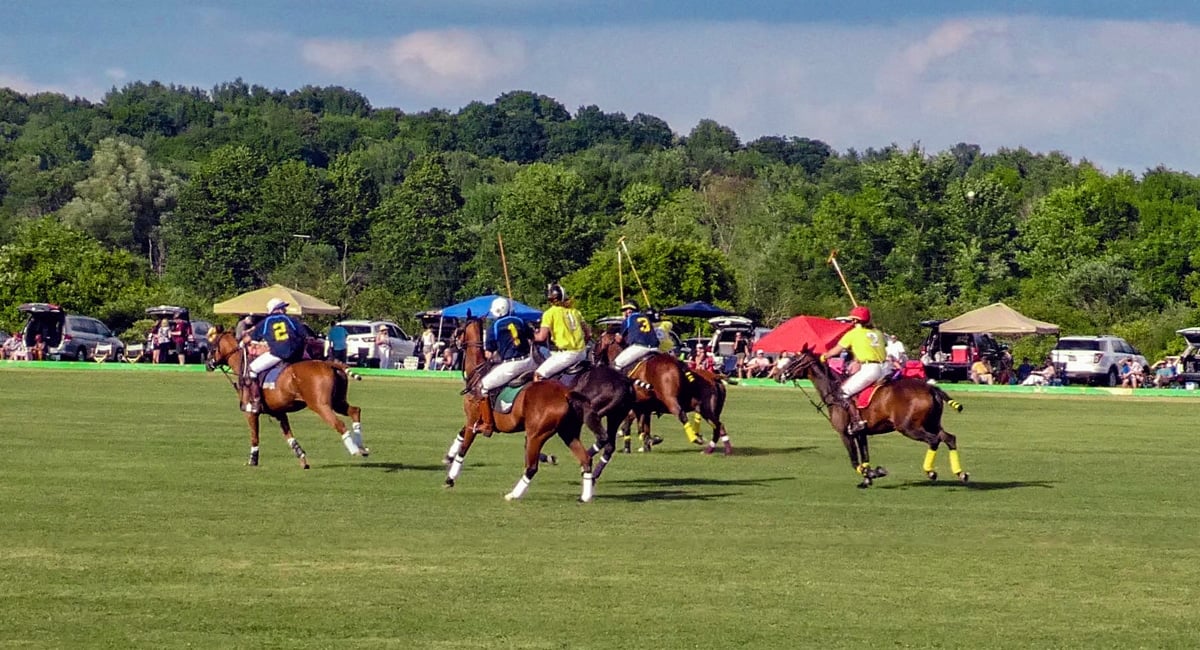 Friday and Sunday evenings during the summer. 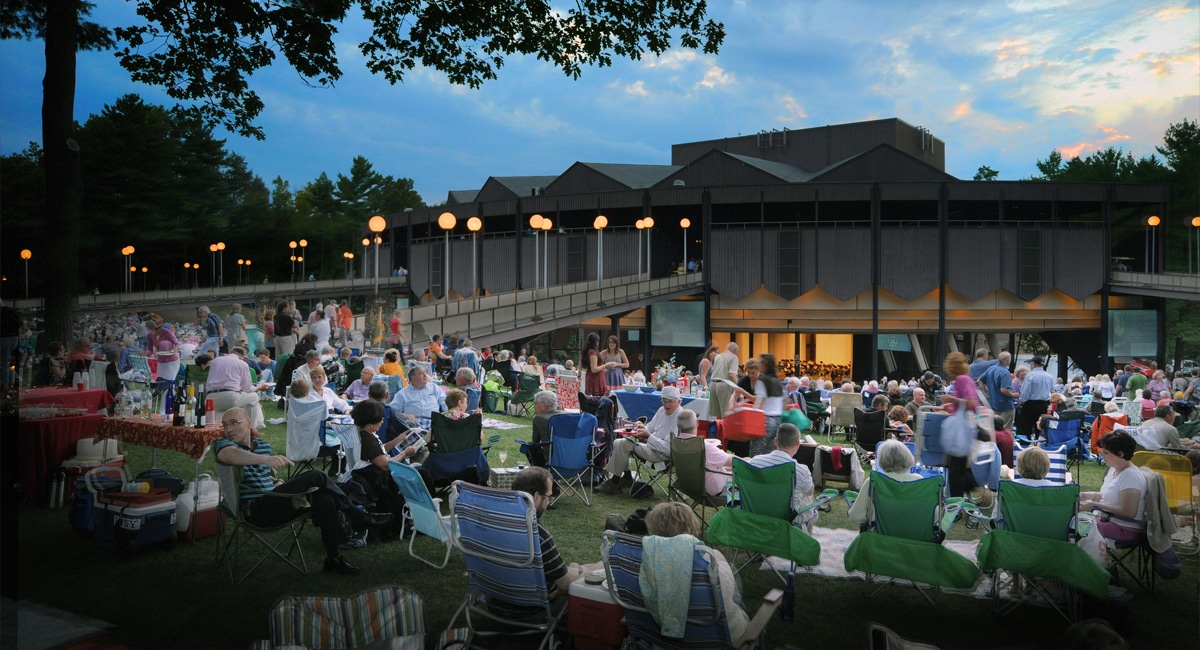 Music and dance by world-class artists in an outdoor amphitheater. 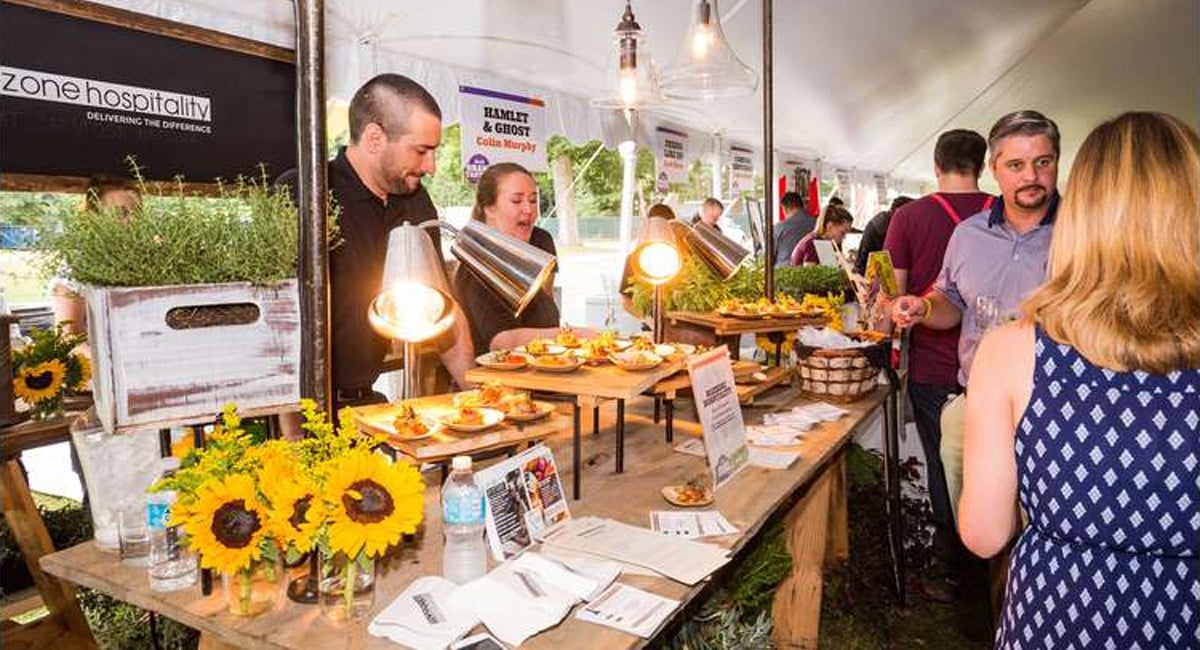 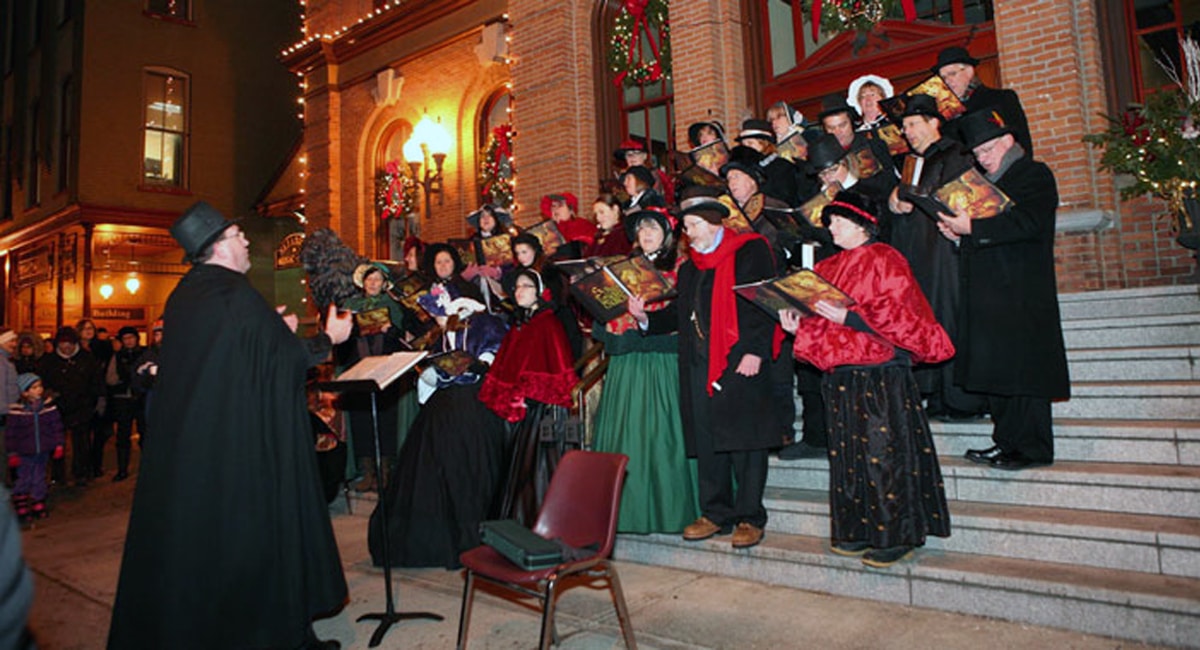