The perfect hotel to create exceptional experiences for your meeting, wedding or travel needs! Enjoy European elegance in the heart of Saratoga Springs and just footsteps from the best shopping, site-seeing and destination amenities that only Saratoga and Pavilion Grand Hotel can offer... an experience like no other!

The only downtown Saratoga Springs hotel that delivers a total experience just for you!

Located just off the center of Broadway, Saratoga’s famous main street! Voted one of America’s Top 10 Main Streets by the way! This small city with a big city feel is the backdrop to the ultimate urban experience, offering fine dining, a city convention center, historical sites, music venues, museums, and the world-famous Mineral Springs.

This Saratoga Springs hotel stands out with curated, concierge service with every step and throughout your stay at the Pavilion Grand Hotel. Each of their rooms reflects the hotel’s modern elegance. Every room boasts a completely unique design and layout. Ranging from 600 to 2,300 square feet, from signature studios to two-story Penthouse Lofts, the Pavilion Grand Hotel’s suites are truly like no other. 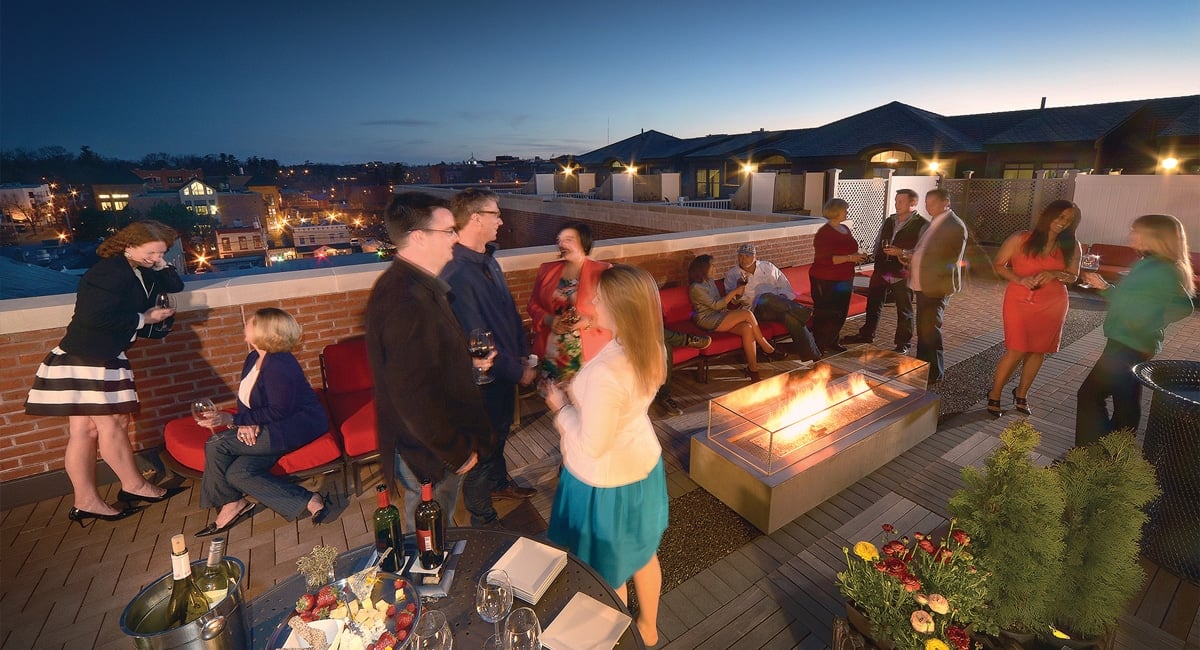 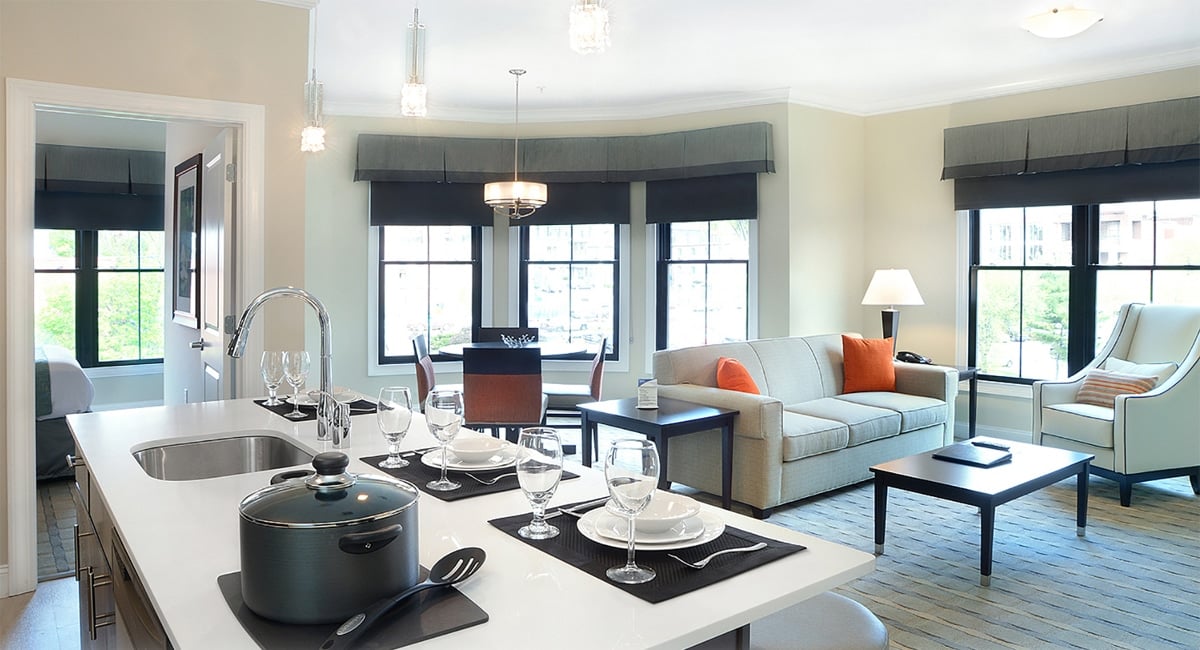 ““Beyond outstanding. We had a pleasure of staying here during this past weekend and it from the moment we walked in, everything was perfect. We were greeted right away and blown away by just the overall look. Our Penthouse was beyond what we could have dreamed of, and they really have thought of everything. As event professionals, the simple attention to detail in the rooms from where the closets are, the bathrooms, and the special formal wear hooks, the kitchen, the outdoor, everything was perfection. There is something wonderful about having a space that allows you to step outside even if it is snowing for just a bit. The staff here is driven to make sure you are well taken care of. Also they are in walking distance of everything and have yummy food on site at Fish. YUM. Everything is update, modern and you end wanting to stay longer.”” 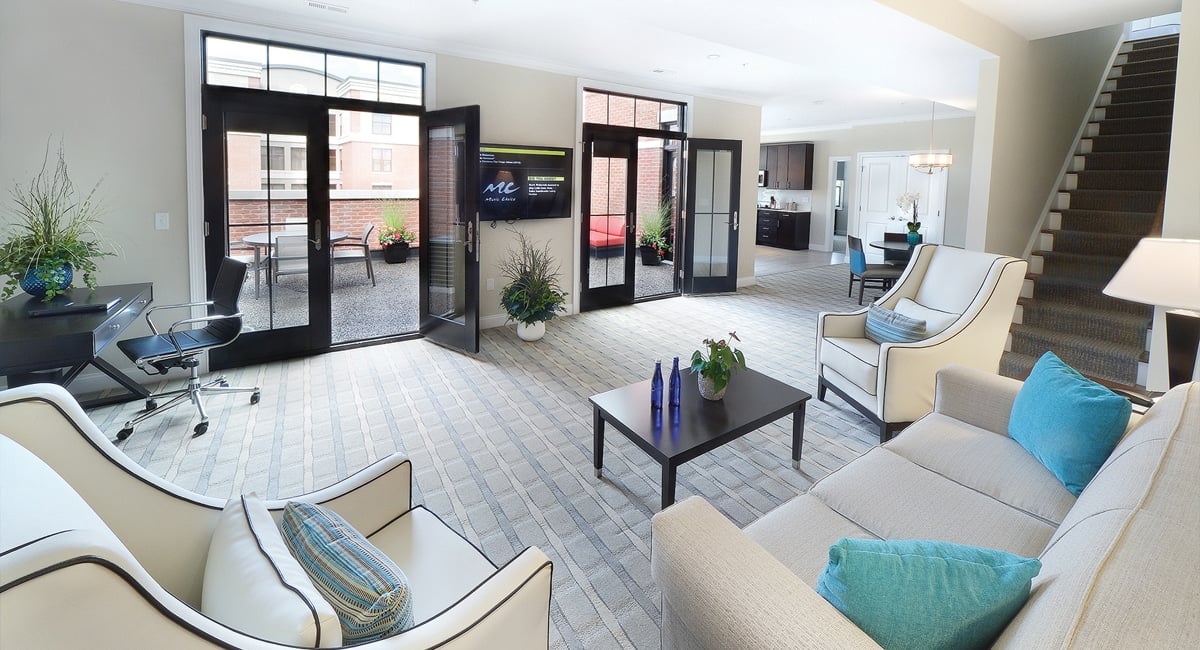 Saratoga Springs, located in upstate New York, is internationally renowned for its rich history in horse racing, entertainment, and culture. Saratoga Springs provides its visitors with a wide range of attractions from the Saratoga Race Track to the National Museum of Dance or Racing Hall of Fame. Just north of the Hudson Valley, at the foothills of the rolling Adirondacks, and a few hours from New York, Boston, and Montreal, Saratoga Springs is a picturesque getaway with natural beauty and historic flair.

Recognized by various travel and news publications as a top destination to visit and live, Saratoga Springs is full of things to do year-round. The downtown location of Pavilion Grand Hotel places guests in the midst of a vibrant neighborhood where culture, entertainment, and shopping live side-by-side.

Guests will be in close proximity to many popular things to do in Saratoga Springs and some of the best attractions in the area, including Saratoga’s historic Thoroughbred Race Track and Racing Museum, Saratoga Historic National Park, Saratoga Performing Arts Center (SPAC), National Museum of Dance, Saratoga Automobile Museum, picturesque Golf Courses, State Parks and breathtaking lakes.

Make the most of your city escape to Saratoga, and combine the character and excitement of Saratoga Springs with the perfect suite retreat to call home. This hotel features exclusive offers to excite the senses and bring the best of Saratoga together in one complete package! 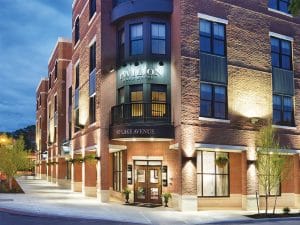 The perfect hotel to create exceptional experiences for your meeting, wedding or travel…