The National Museum of Dance is the only museum in the U.S. dedicated entirely to the art form of dance.

The National Museum of Dance is nestled on South Broadway in Saratoga Springs, NY, near the scenic Saratoga Spa State Park. The impressive variety of photographs, videos, costumes, and other artifacts honoring all forms of dance throughout history at the museum are available to the public. Thousands of books, periodicals, and print items can be accessed for dance research in the Research Room. The National Museum of Dance routinely displays exhibits, programs, and performances. The museum is currently closed due to COVID 19.

The National Museum of Dance presents five permanent exhibits. Perhaps the most notable of the five, the Hall of Fame honors numerous dance professionals that have established and preserved a lasting legacy in the industry. The museum’s own nomination committee selects the inductees. The Washington Bathhouse exhibit restores and recreates two rooms from the initial condition of the building, a 20th-century bathhouse. Photographs taken by Saratoga natives Cris Alexander and Shaun O’Brien are permanently displayed. The former was a renowned photographer and the latter a legendary New York City Ballet character dancer. Families visiting the National Museum of Dance can enjoy the Alfred Z. Solomon Children’s Wing. Kids can twist, jump, and play in this interactive learning space with rotating exhibits.

“The kids’ interactive area was a family hit.  Great place for families traveling with kids to the Saratoga Springs area.” 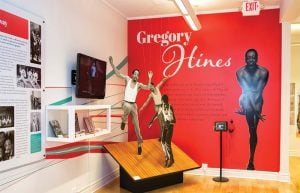 The National Museum of Dance is the only museum in the U.S. dedicated entirely to the art…