Planning a visit to Rochester, New York? Out in Western New York, in the Finger Lakes region, lies a fantastic and educational museum for children and adults alike. The Rochester Museum and Science Center, conveniently located near the George Eastman Museum and the Strong Museum of Play, is a museum that focuses on educating visitors on topics like meteorology, Western New York history, culture and so much more.

Did you know New York State was a pivotal part of the Underground Railroad and is home to a plethora of Native American tribes? The Rochester Museum and Science Center brings people face to face with the experiences and artifacts of Indigenous Peoples, as well as stories of the Underground Railroad. The museum also hosts a Black History exhibit that reflects on important Black figures in United States history like Frederick Douglass and Harriet Tubman, while also bringing light to racism in an exhibit that calls attention to the perpetuation of racism through forms of media and organizing against racism.

Exhibits in the museum also allow visitors to see recreations of animals both extinct and current. Meet the wooly mammoth and the saber tooth tiger alongside the habitats of New York that creatures like black bears, deer, birds and more call home.

The science exhibits at the museum are suited for both children and adults, making it the perfect place to bring your family to. Many of the exhibits are interactive, offering a more immersive educational experience. Learn about the weather, Rochester women who changed the world, rock layers of the Genesee River Gorge, wind currents, erosion, canals and much more.

While you’re there, be sure to visit the Strasenburgh Planetarium. The planetarium hosts laser shows featuring popular songs by artists, space education and constellation tours.

“Made a day-outing to Rochester from Buffalo to see the Women Changemakers Exhibit. This was an excellent exhibit with so many interactive/tech displays.” 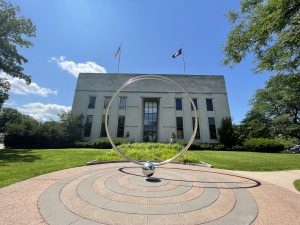