Nestled against the shore of Lake Ontario is Rochester, largely undiscovered, though it’s the third largest city in New York State. This cultural hub, ranked by the National Center for Art Research among the top 20 “most arts-vibrant cities” in the country, has galleries galore, plus The Strong National Museum of Play, the George Eastman Museum and the Memorial Art Gallery. 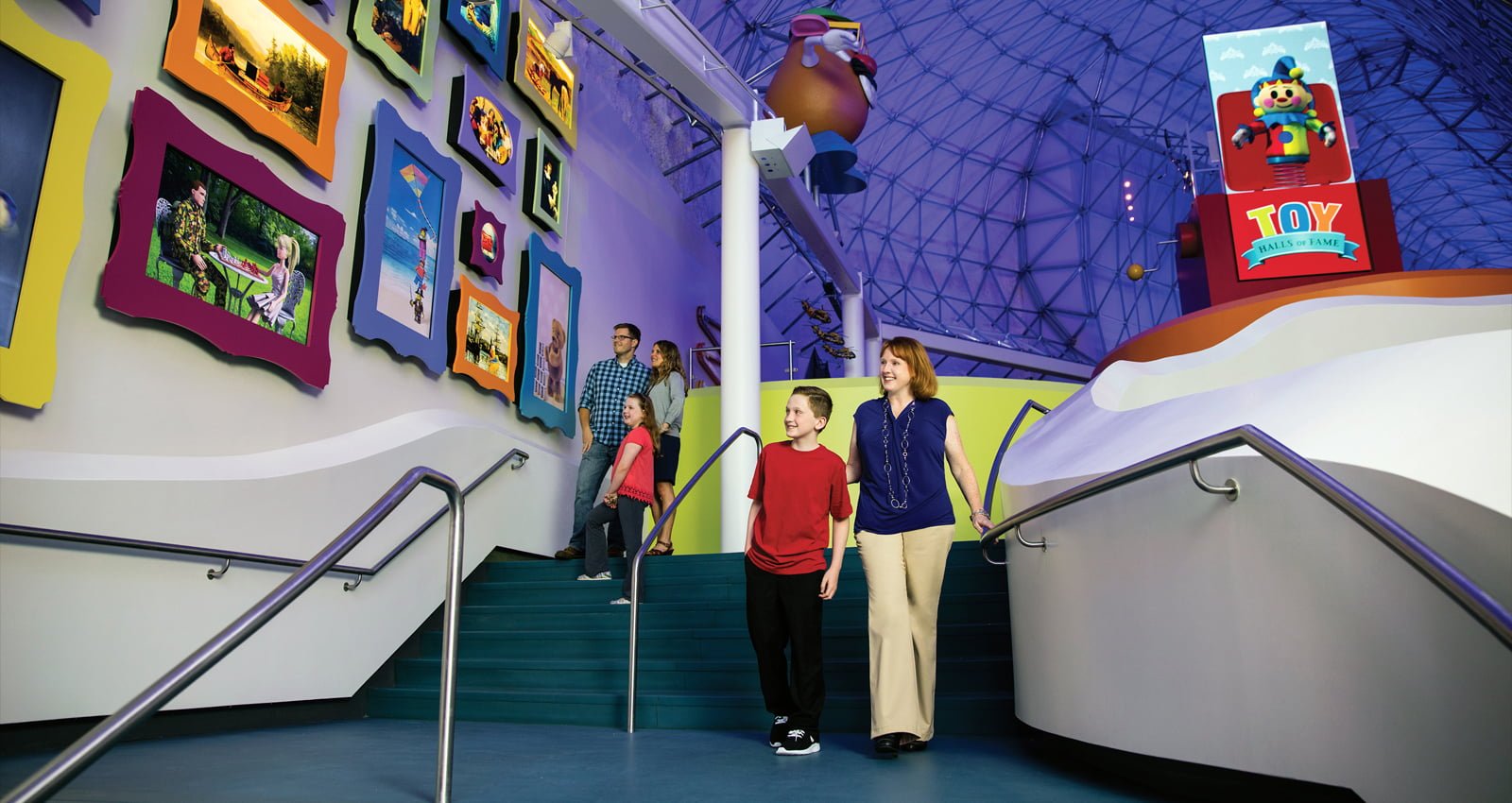 Learning. The Strong is always a big draw for kids and kids at heart. Dedicated to the history and exploration of play, it houses the National Toy Hall of Fame and the World Video Game Hall of Fame. There’s also the Rochester Museum & Science Center, with interactive exhibits such as Adventure Zone, which simulates taking you to the bottom of Lake Ontario. Or unravel the complicated mysteries of outer space at the Strasenburgh Planetarium. On Saturday nights, the planetarium has laser shows and free telescope-viewings.

For history buffs, the National Susan B. Anthony Museum & House was Anthony’s home during her years as an abolitionist and leader of the women’s suffrage movement during the 1800s. The police arrested her here for trying to vote in the 1872 U.S. Presidential election. 2020 marks not only her 200th birthday (on February 15th) but also the 100th anniversary of the passing of the 19th Amendment giving women the right to vote. 2020 marks the 75th anniversary of the opening of the Susan B. Anthony House and Museum. 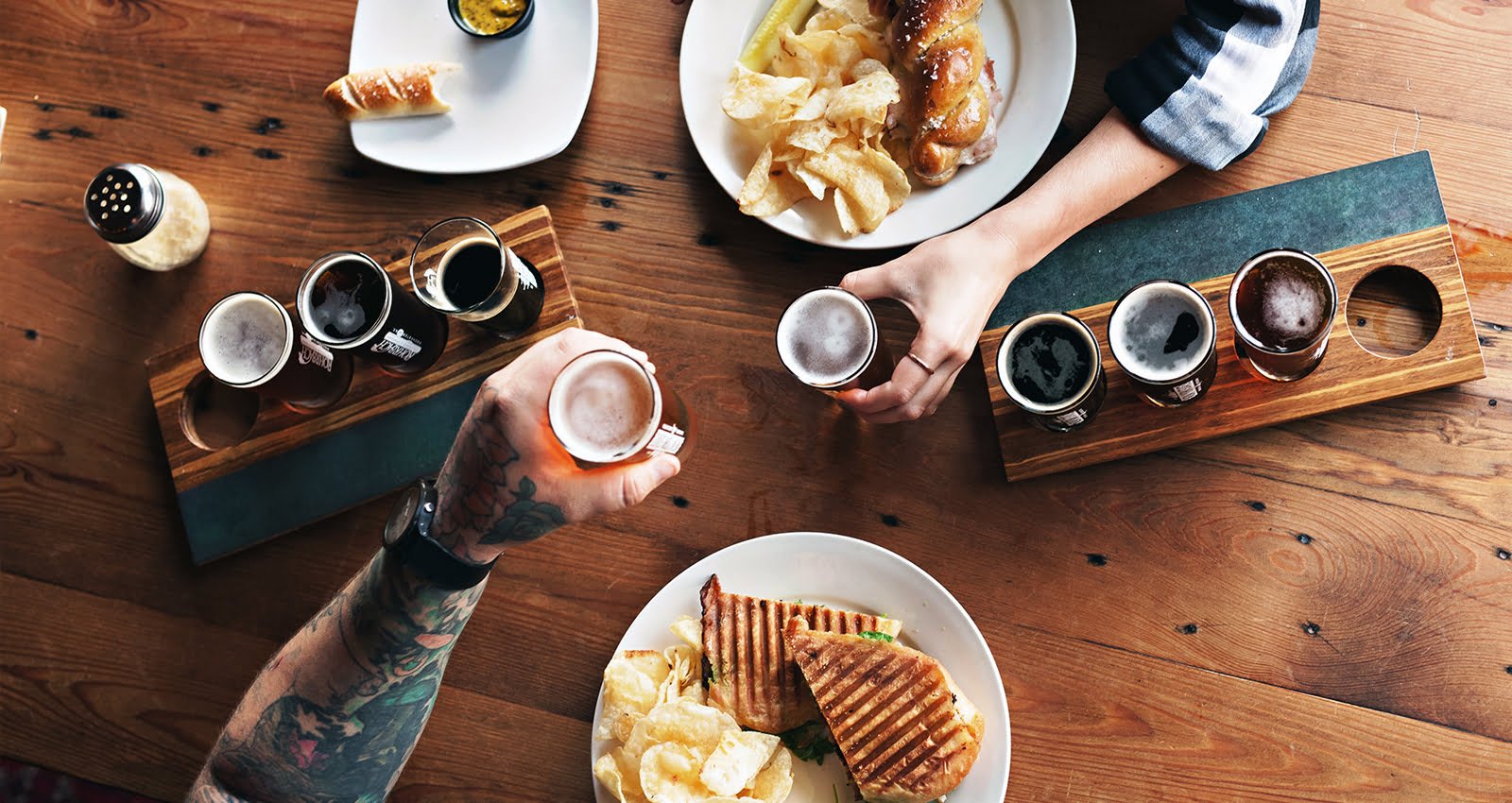 Wining and Dining. Rochester may be the front door to the Finger Lakes’ wine region, but you don’t need to leave the city to taste delightful wines. Casa Larga Vineyards and Winery has been making Italian-inspired wines in Rochester since 1978. The city’s first urban winery, Living Roots, has recently opened, too.

Arriving. Over the last few years, downtown Rochester has received over $922 million in upgrades, including the impressive $44 million, 9,500-square-foot Amtrak Station. Known as the Louise M. Slaughter Rochester Station, Slaughter, a former New York State Representative and resident of Rochester, helped raise money to complete the station’s renovations. The new station – with its classic brick exterior, round-arch windows that flood the station with natural light and massive clock – took 15 years to plan and complete before it reopened in October 2017. 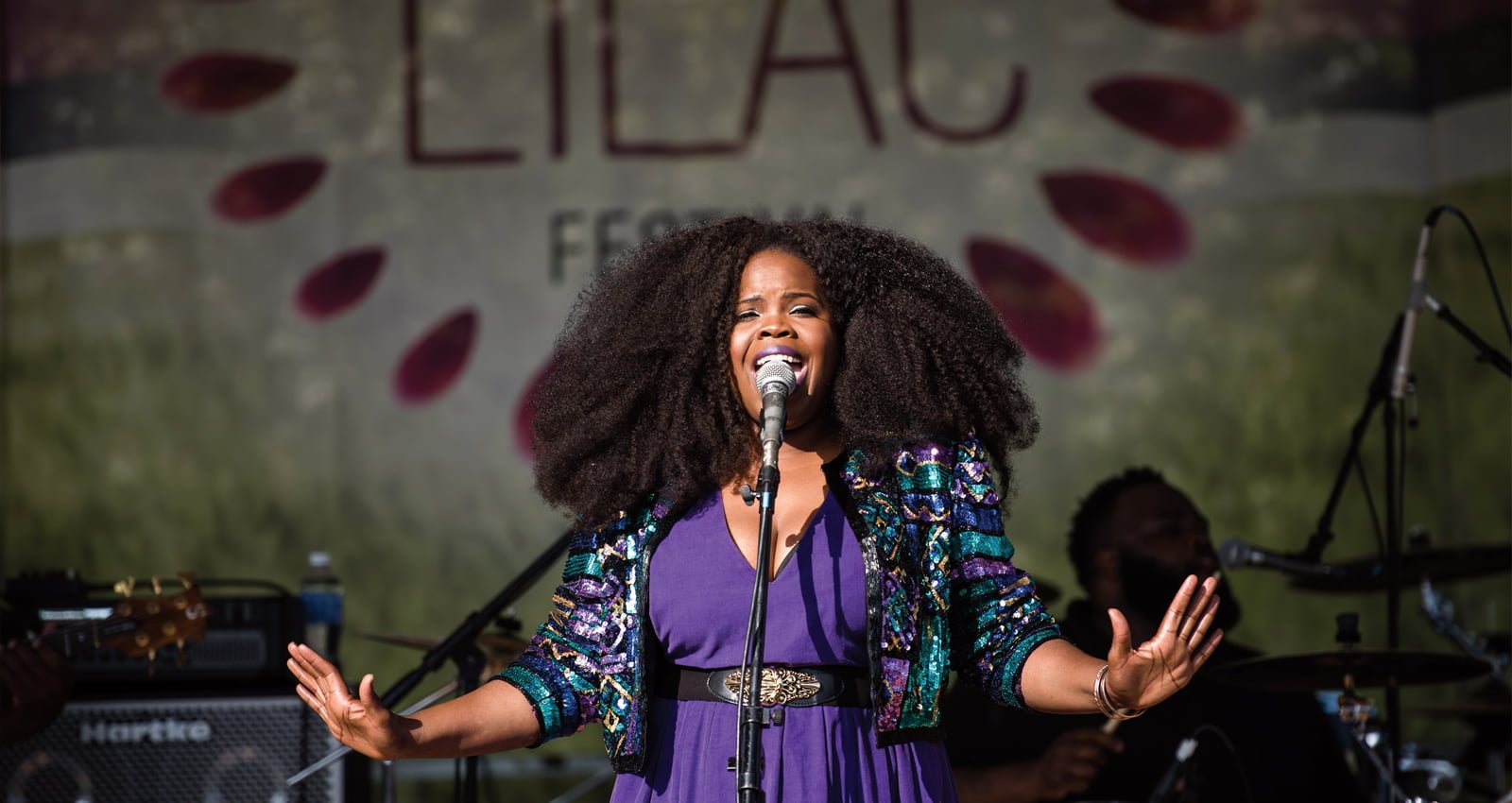 Celebrating. With 140+ annual festivals, Rochester could easily be nicknamed the Festival City, though its moniker is the Flower City. Signature events include the annual Rochester Lilac Festival, home to the largest display of lilacs in North America; the Rochester International Jazz Festival, one of the top jazz festivals in the country; and the KeyBank Rochester Fringe Festival, the third largest fringe festival in the country. 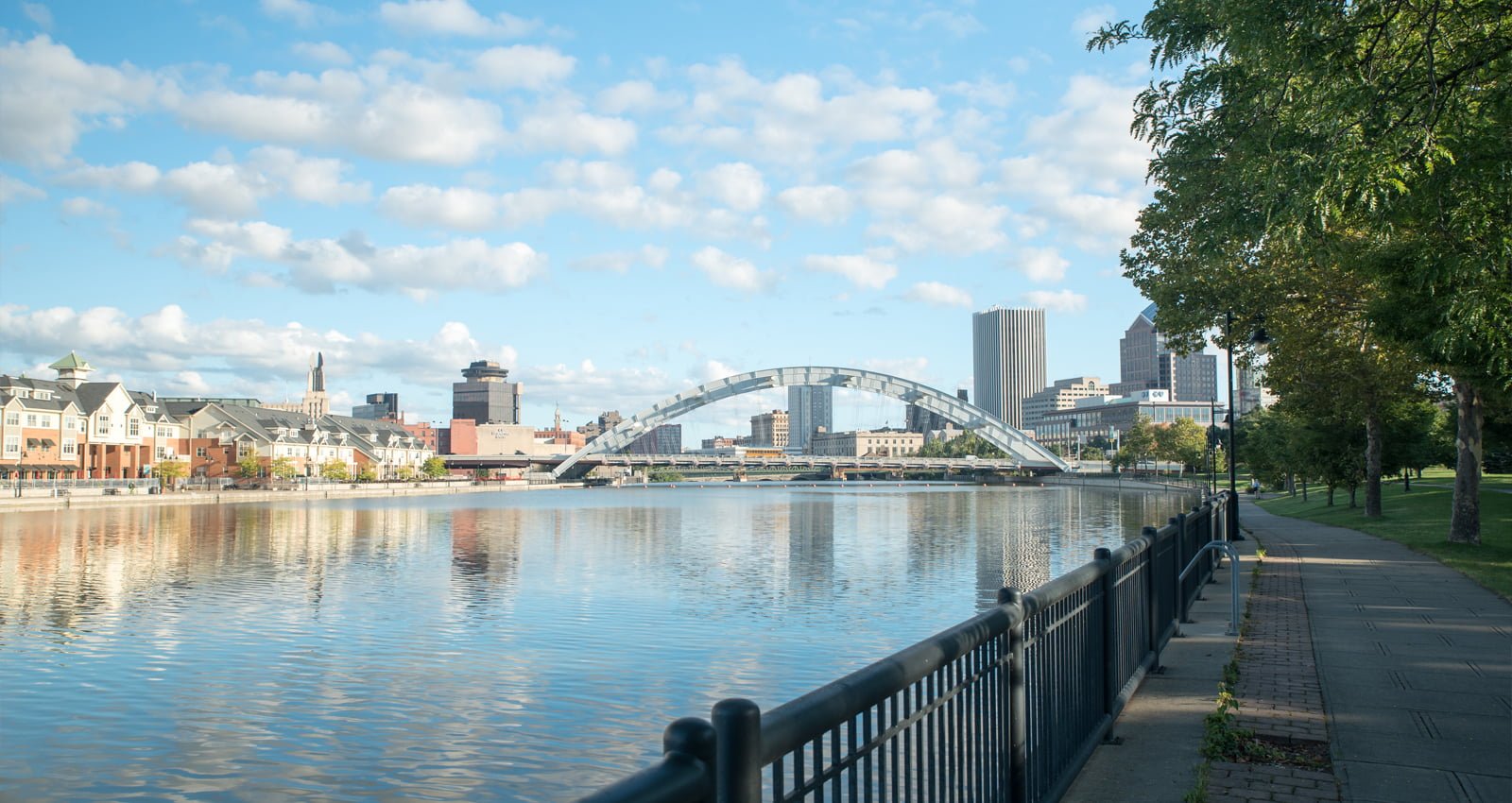 The Genesee River. | Photo Courtesy of City of Rochester

Recreating. One of the unique features of downtown Rochester is High Falls, a 96-foot waterfall on the Genesee River. Couple High Falls with the more than 12,000 acres of parkland in Monroe County, the Lake Ontario shoreline, hiking and biking paths along the Erie Canal and paddling on the Genesee River, and there is no shortage of natural wonders and outdoor recreational opportunities in Rochester.

Rochester also provides great entertainment for sports fans at a fraction of the cost. It’s home to the American Hockey League’s Rochester Americans and the National Lacrosse League’s Rochester Knighthawks. In the summer, baseball fans can watch the Rochester Red Wings, the top minor league affiliate of the Minnesota Twins.

Rochester is an undiscovered treasure that has something for everyone! 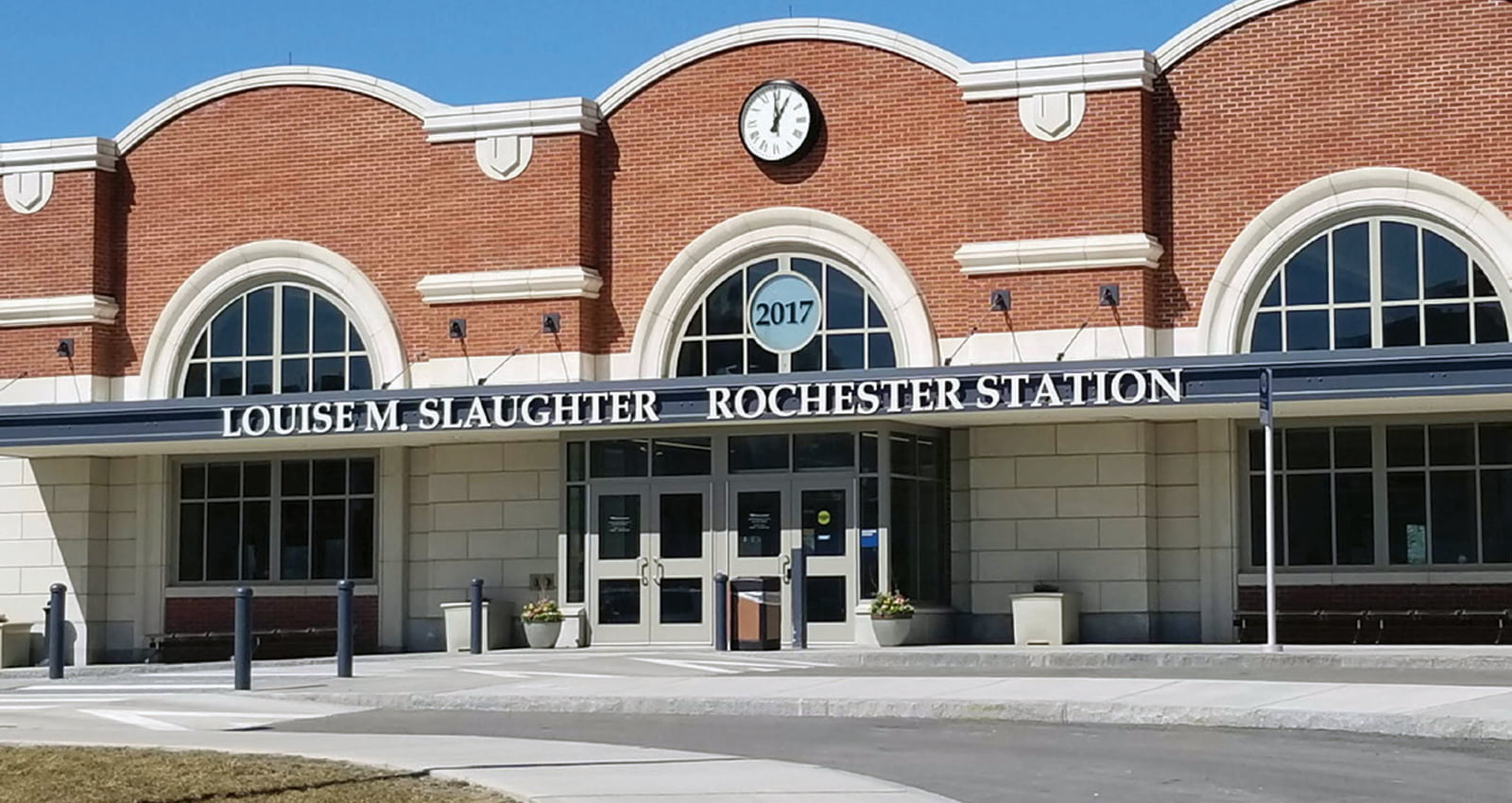 Lyft, Uber, taxis or Regional Transit Center buses are available to connect to downtown attractions. Or Enterprise picks you up at ROC and takes you to your rental car. For Enterprise reservations or to arrange a pick-up, call Enterprise at their downtown Rochester location 585-423-2220. Discount code NYTRAIN.