Established in 1970, the Buffalo Sabres are an American professional hockey team that competes in the NHL at the First Niagara Center.

Their home since 1996, the First Niagara Center was constructed primarily for the team, seating up to 19,070 fans, making it the largest indoor arena in Western New York.

As well as being the home of the Sabres, First Niagara Center is also home to the Buffalo Bandits of the National Lacrosse League, and a regular stop for major U.S. concert tours such as Garth Brooks, Rihanna, Carrie Underwood, and more. 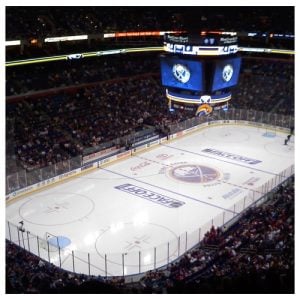 Established in 1970, the Buffalo Sabres are an American professional hockey team that…