The 508-acre Croton Point Park is open year-round. Visit the Nature Center with local flora and fauna exhibits. Enjoy camping, hiking, fishing, bird watching, and swimming at the beach. Croton Point Park is closely located to the Croton-Harmon Amtrak Station, making it an easy trip by train. The park is sat on Westchester County’s largest peninsula.

Looking to witness New York State’s birds? The park attracts the nation’s national bird during the winter season. With sweeping views, north and south, of the Hudson River and surrounding Hudson Valley, the park is part of the Lower Hudson River Important Bird Area as designated by the National Audobon Society. The park is a great outdoor attraction during any season, but especially during the winter with its bald eagle population.

Croton Point Pork, according to the National Audobon Society, is “one of the most critical wintering bald eagle sites in the state” and supports about 10 percent of New York’s winter bald eagle population. The park is also home to the northern harrier, short-eared owl, grasshopper sparrow and vesper sparrow.

Graff Audobon Sanctuary is located about 10 minutes due north of the Croton-Harmon Station. This bird watching destination, according to Saw Mill River Audobon, is a protected woodland ridge that overlooks the Hudson River along Furnace Dock Road in the Town of Cortlandt. Great horned owls are among the species of birds that call Graff Audobon Sanctuary home. To learn more about bird watching in New York State, click here.

With so many great attractions within Croton Point Park, a new adventure awaits around every corner. Visit this birding and historical attraction today. 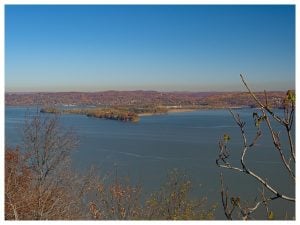