A mansion inn built in 1718 and managed by the same family for several generations, the Brinckerhoff Inn. Guests enjoy modern amenities surrounded with historic touches.

Photos courtesy of the Brinckerhoff Inn

Celebrating 301 years with a brand new, luxury renovation at the Brinckerhoff Inn.

What to anticipate at your stay

Built in the 18th century, Brinckerhoff Inn is a bed and breakfast with substantial history. Located in Fishkill, NY, the Inn preserves original elements of the house, while offering many of the modern conveniences we enjoy today available your stay is sure to be a comfortable and immersive experience.

History of the Brinckerhoff Inn

The Brinckerhoff Inn is a mansion built in 1718, spanning 10,000 square feet and for the past 297 years remaining largely untouched. managed by the same family for several generations. Much of the Inn’s original construction remains intact for visitors to enjoy a preserved, authentic historical experience of 18th-century design. There are many photographs, historical documents and pieces of art throughout the Inn originally owned by the Brinckerhoff family. Accompanying these priceless artifacts are the building’s original wood flooring, crown molding, doors, plaster walls, and stairs.

Not only does Brinckerhoff have a longstanding personal history for the family who hosted it, but it also has a foundation in that of American history. During the Revolutionary War, many historical figureheads, including several Founding Fathers, visited the Brinckerhoff Inn several times through America’s fight for independence as a country. George Washington, Baron Von Steuben, and Alexander Hamilton viewed German and British soldiers marching to Virginia from Boston while they were in this house in 1778. In the morning of one of General Washington’s stays at the Inn, he came to learn of Benedict Arnold’s treason.

Several of these historical leaders have rooms named after them, so you can spend the night in the same room they did! Rooms include; The Benjamin Franklin Room, The George Washington Room, The Marquis de Lafayette Room, The Thomas Jefferson Room, The James Madison Room, The John Adams Room, The Abraham Lincoln Room, The Ulysses S. Grant Room and The Andrew Jackson Room. While the Inn has been meticulous in upholding historical accuracy in its design, due to renovations it has been upgraded to include various modern amenities to ensure the comfort and satisfaction of guests. When it was sold in 2014 by the Brinckerhoff family, it was renovated by the new and current owners and since then it has become the highest rated luxury boutique Inn in Duchess County, New York. 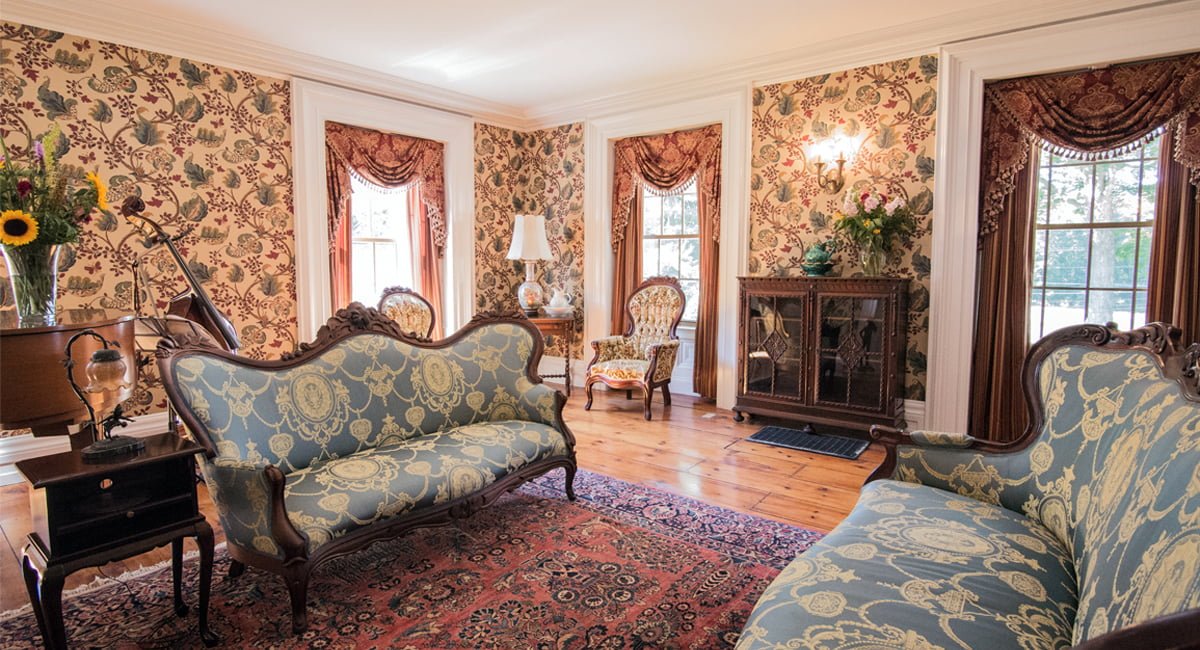 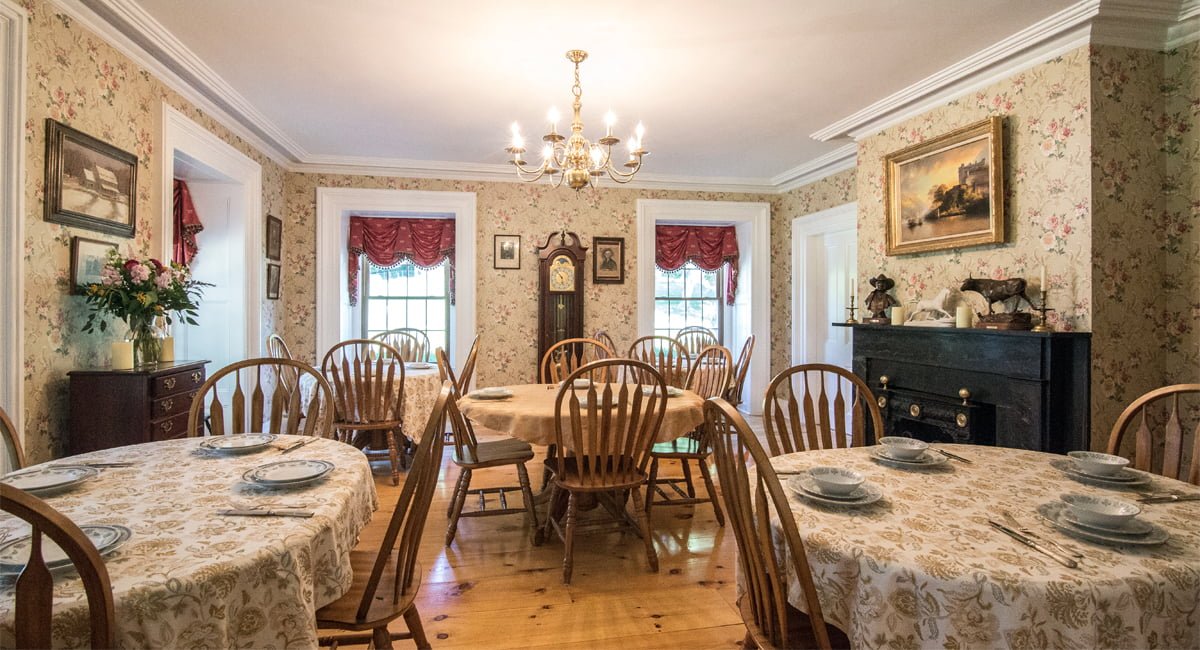 This Inn provides many resources to secure a positive experience for guests. The parlor includes a cello, grand piano, fireplace and an array of places to sit and relax. Equipped in the living room is a flat screen Smart HD Television with access to Netflix, cable etc. Also included is a place for guests to sit, fireplace, and powder room. The dining area has 5 tables and can fit up to 25 people. Included is a gourmet made to order breakfast with staff equipped to prepare food in a dietary restriction and allergy accommodating way when prior notice is given in advance of your arrival. A stocked pantry that includes snacks, fresh fruits and beverages is open to guests 24/7 and is accompanied with a microwave, refrigerator, toaster oven, and coffee machine.

The lounge and game room is a great place to read and look through the library full of modern and historical texts and become acquainted with other guests by playing some pool. There is a screened in back porch that is covered and winterized so that guests can enjoy the area even in cold weather. Multiple barns and a green house on 5 acres of land are available for guests to explore as well.

Included with Your Room 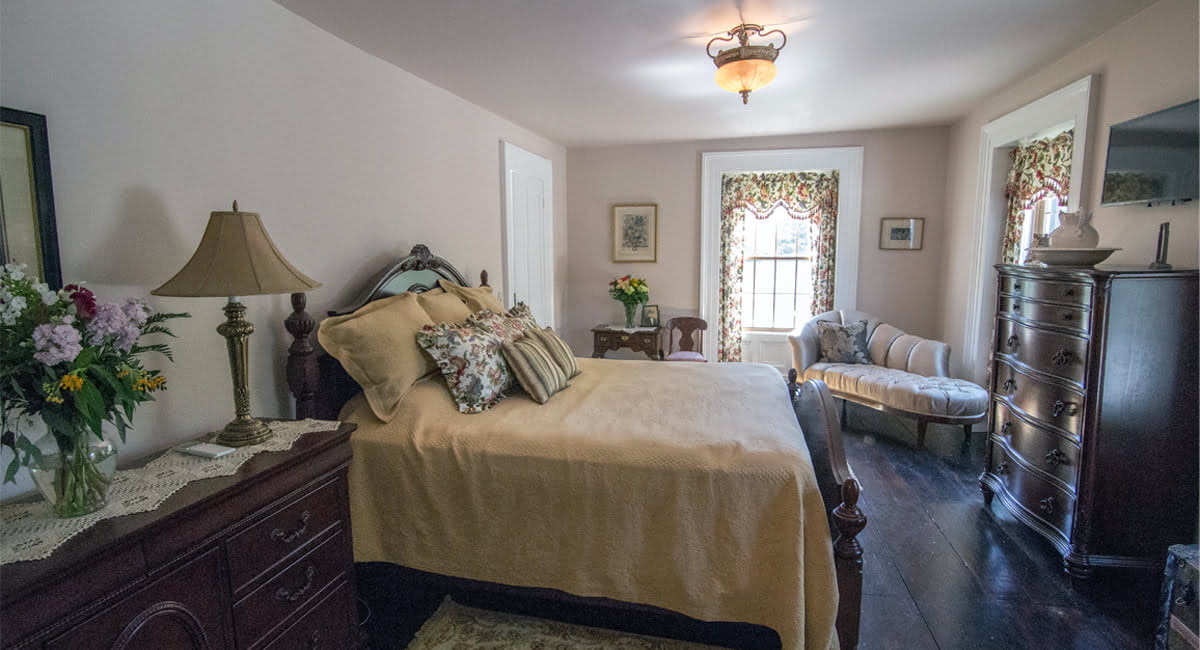 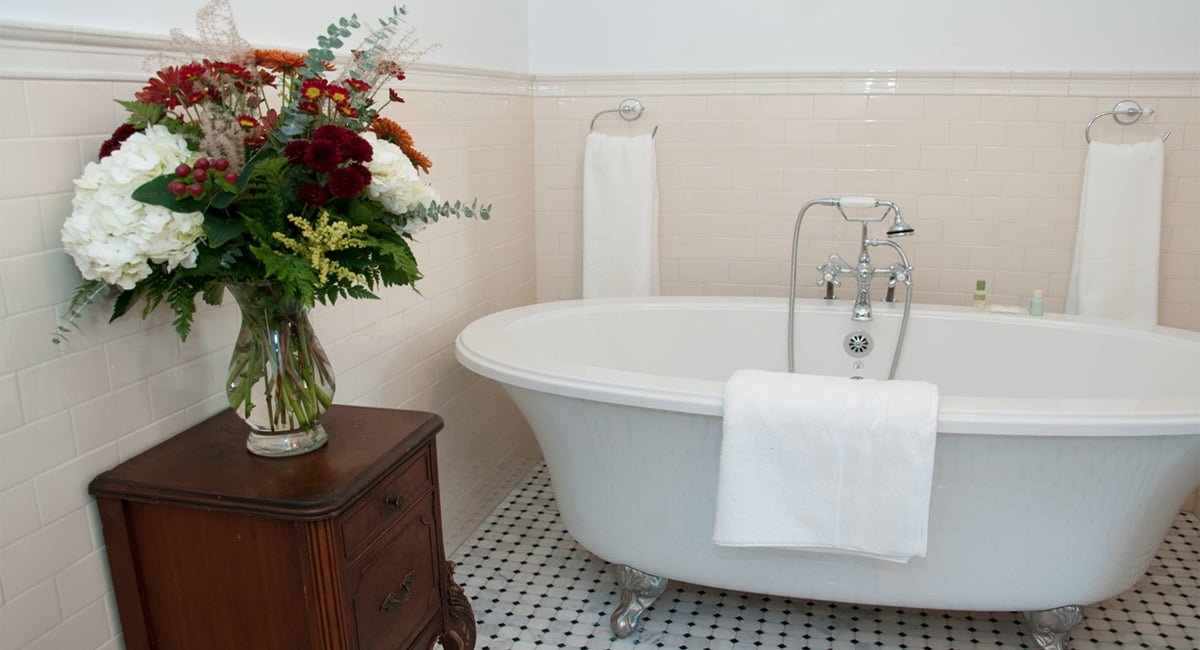 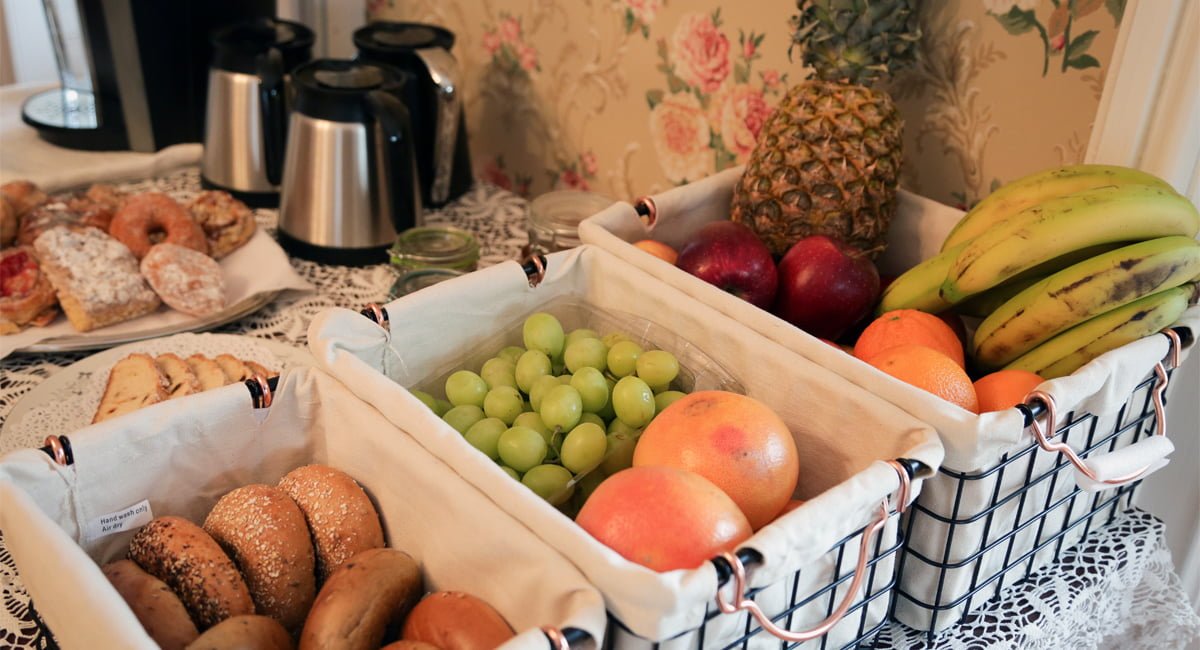 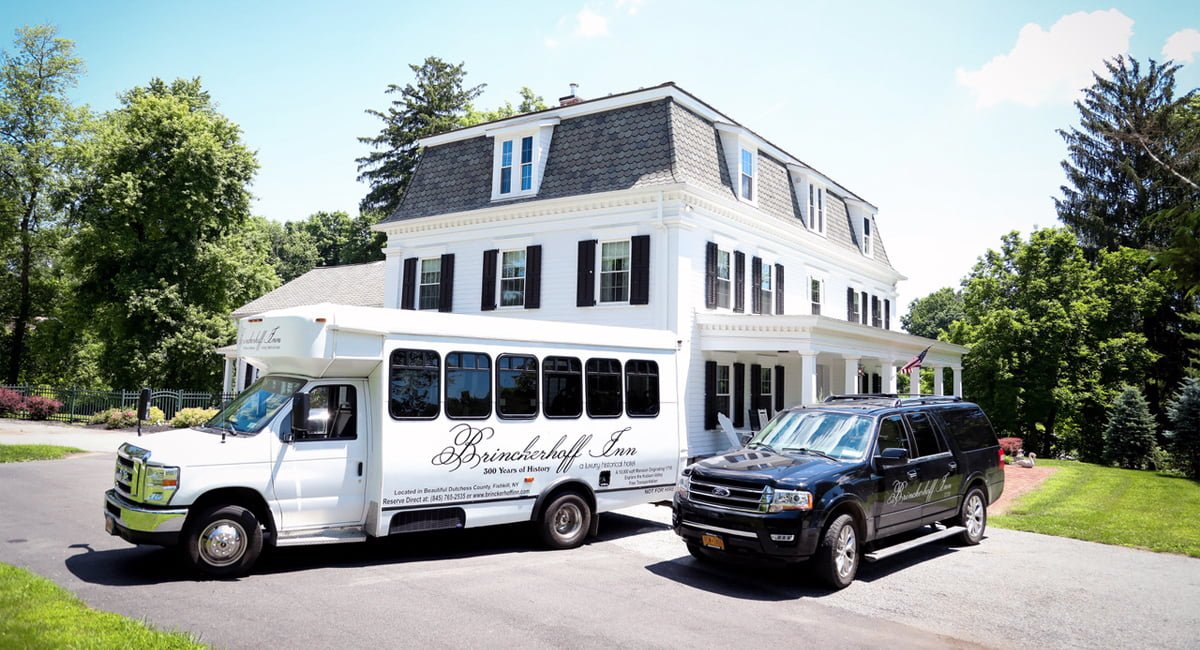 For more information about the Brinckerhoff Inn or to make a reservation click here to be directed to their website.

Take Amtrak to the Brinckerhoff Inn

Experience the Brinckerhoff Inn via Amtrak to the Poughkeepsie Station in the Hudson Valley—Don’t forget to use the Amtrak See New York and Save 15% discount! 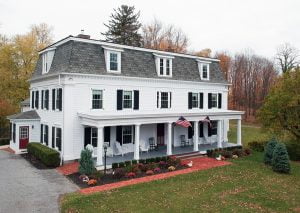 A mansion inn built in 1718 and managed by the same family for several generations, the…