Founded in 1972, Geva Theatre Center draws upon the talents of the country’s top actors, directors, designers and writers to offer incredible productions in Rochester.

“The Geva Theatre is spectacular in its ability to showcase actors in the live play media. It has comfortable seats and a great sound system. Also has a small cafe to grab a quick bite or a glass of wine!”

Experience Geva Theatre Center via Amtrak to Rochester Station in Rochester—Don’t forget to use Amtrak’s See New York and Save 15% discount!

From Rochester Station, get picked up and taken to your reserved NYTRAIN Enterprise Rent-a-Car. Click here to reserve your car or call the Rochester office today at: 585-423-2220. 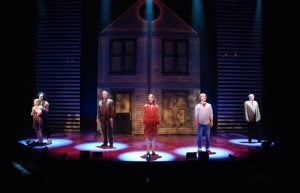