Home to the Syracuse Orange football, basketball, and lacrosse teams, 49,250-seat domed sports stadium is the largest on-campus basketball arena in the nation.

“A trip to The Dome to see Syracuse play is always fun. It is a fantastic place to catch a game because you always feel like you are up close!”

Experience Carrier Dome via Amtrak to Syracuse Station in Syracuse.Don’t forget to use Amtrak’s See New York and Save 15% discount!

Get picked up from Syracuse Station and taken to your reserved NYTRAIN Enterprise Rent-a-Car. Click here to reserve your car or call the Hudson office today at: 315-423-0022. 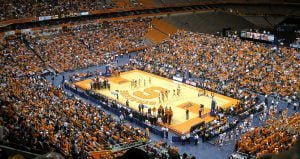