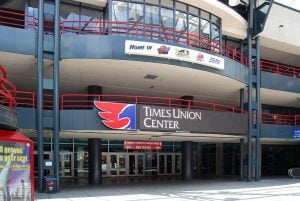 A grand multi-purpose facility, the Times Union Center hosts a variety of events, including…