Taste the highly raved about food and beer served at the Druthers Brewery and Restaurant when you visit Saratoga Springs, NY!

Be sure to visit Druthers Brewery and Restaurant to taste some of the most raved about food in the city.

After the opening of the brewery in 2012, Druthers quickly became one of the most visited restaurants and breweries in Saratoga. With its selection of handcrafted beer and delicious food, customers are guaranteed to leave with a full stomach and smile on their face. The brewery, right on site, can be seen from the dining area, making for a unique dining experience. The Saratoga location uses a 10BBL brewing system, four 10BBL fermenters and one 20BBL fermenter. With its handcrafted beer, Druthers won gold for its “The Dare” beer at the 2014 World Beer Cup and silver for its “Druthers 80 Shilling Ale” at the 2016 World Beer Cup.

The food that is served is also highly reviewed by the thousands of customers they serve a week. From wood-fired pizza to popular loaded mac & cheese, Druthers’ food definitely satisfies those taste buds. What’s better than a cold beer and mac & cheese? The loaded mac & cheese led Druthers to victory in becoming a two-time Mac & Cheese Bowl Champion. Be sure to try the mac & cheese along with the other delicious menu items when visiting Druthers!

Druthers has three locations, in Saratoga, Albany, and Schenectady. Saratoga is the original location and has outdoor seating in the beer garden. Be sure to check out the live music in addition to the great food and beverages on the weekends!

“I hands-down love Druthers. This place has some of the best food and no matter what location you’re at.”

Experience this unforgettable attraction via Amtrak to the Saratoga Station in Saratoga Springs, NY—Don’t forget to use the New York By Rail 15% discount! 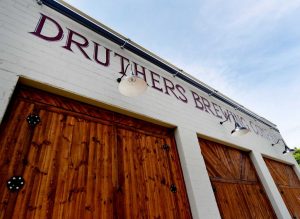