Since the beginning of recorded history, humans have pursued the dream of flight. Over the course of decades, experimenters, some of them Long Islanders, solved the basic problems of an aircraft’s shape, the source of propulsion and means of control. At the Cradle of Aviation Museum, you will find a unique and rare collection of aerospace history.

Enjoy a state-of-the-art experience at the JetBlue Sky Theater Planetarium, an all-digital system that will take you on journeys you only imagined, sit back for a film in the National Geographic Leroy R. & Rose W. Grumman Dome Theater for 70mm films—10 times the size of conventional film and the highest quality in the world, or peruse the plethora of amazing exhibits  the Cradle of Aviation Museum has to offer.

Current Exhibitions at the Cradle of Aviation Museum

The “Golden Age” of aviation – two magnificent decades, when flying truly came of age. Enormous technological progress was made that saw it go from being a dangerous sport to a prominent commercial business. During this exciting time, Long Island manufacturers made major contributions to aviation and they became key players in the local economy. Heroic pioneers of the sky made many historic flights to and from Long Island, but by far the most important event of the age was the epic flight of Charles Lindbergh, which revolutionized and popularized aviation like nothing else. During this colorful era, Long Island became the center of the aviation world.

During World War Two Long Island was a crucial center of military aircraft production. These aircrafts, produced in huge numbers for the Army, Navy and foreign governments, were of superior quality and had a major impact on the course of the war in all theatres. Local residents provided the manpower necessary for this massive production, and women and minorities were integrated into the workforce in large numbers for the first time.

It has been, and remains, humanity’s greatest adventure – a bold leap into the darkness beyond Earth’s protective atmosphere, a daring break with the bonds of gravity that tie us to the planet. This fantastic adventure has unfolded entirely in our own time, with Sputnik, Apollo and the Space Shuttle all wrapped into a mere quarter century – and Long Islanders have played central roles throughout.

“From the beginning of aviation to modern days with a detour to the moon this display has everything. [The Cradle of Aviation Museum] is a facinating place to tour.”

A Top Pick from Don Wildman 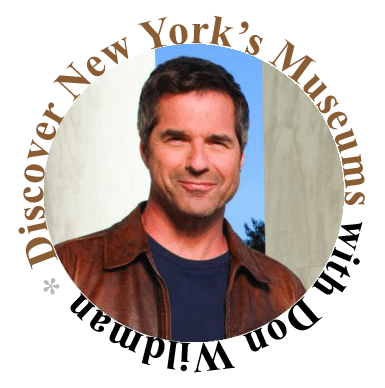 “The Cradle of Aviation Museum in Garden City, Long Island celebrates man’s glorious but turbulent journey to the skies and beyond, and commemorates the burgeoning aviation industry that once flourished on Long Island, developing much of the fundamental technology that made modern flight possible. The guides are enthused, the exhibits fascinating. And I had no idea that the Apollo Lunar Modules were constructed twenty minutes away in Bethpage! The Cradle of Aviation displays the LM-13, slated for Apollo 19. For a moon-child like me, who watched in awe as Neil Armstrong first stepped onto the lunar surface in 1969…what a thrill.”

Take Amtrak to the Cradle of Aviation Museum

Experience the Cradle of Aviation Museum via Amtrak to Penn Station—Don’t forget to use the New York By Rail 15% discount! Transfer from Amtrak to Long Island Rail Road via the Garden City, Mineola or Westbury Long Island stations. 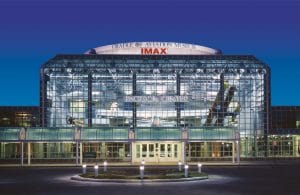 At the Cradle of Aviation Museum, explore over 150,000 square feet featuring 75 air and…