Greetings, fellow travelers! Thanks for joining me on my sprawling journey to an amazing collection of New York museums. I’ve embarked – with the generous help of New York By Rail and I Love New York – on a statewide odyssey to explore the astonishing depth and breadth of a distinctive collective community — New York's museums, learning a few of the remarkable things they have to teach along the way. 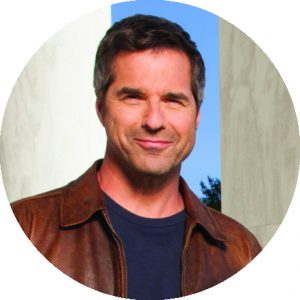 As host of Travel Channel’s long-running Mysteries at the Museum, I have a vested interest in this realm. The show, presently in its tenth season, chronicles the heroic histories and twisted tales behind artifacts and relics displayed in galleries all over the planet. The success of this program proves that Americans—even cable television viewers—are deeply intrigued by the archived treasures found in museums. Nationwide, there were 850 million visits to museums last year alone! Museums are a huge part of our lives!

As a New York resident, I’m continually floored by this place—from art and culture to industry and tech, New York State is where America first found her feet as a world power. To learn how this all happened, you’ll want to visit a museum—and there are plenty of New York Museums to go around.

According to the Museum Association of New York, there are more than 2,000 art, history, science and children’s museums in the state, not to mention zoos, botanical gardens and historic houses. From the Manhattan glamour of The Met to the sporting legends of Cooperstown to the rustic dignity of Grant’s Cottage in Saratoga Springs, museums and heritage sites capture and reveal the magnificent, multi-cultural history and character of New York. You could spend a lifetime seeing them all, and more museums would be rising in your wake. I’m telling you, there’s so much to see across New York State’s 11 diverse vacation regions, the list is truly endless and so are the adventures that await you. There’s magic in museums: they hold objects and experiences that will excite, challenge, and enlighten you and your family.

By train, rail or foot—a world of wonder awaits! So, all aboard the Museum Express for a journey to new and different states of mind right here in the State of New York.

Hudson Valley and the Catskills

I enrolled myself in a weekend-long art history course that only the Hudson Valley and Catskills could provide and, what’s best, I never had to take a test. The art scene is remarkably varied, with sites and exhibitions that land you in nearly every era of American art and design.