The Toronto Maple Leafs are a Canadian professional hockey team competing in the NHL and one of the Original Six league members.

Miles from the Toronto Union Center

Miles from the Toronto Union Center

Fun Facts: The Toronto Maple Leafs have an estimated worth of US$1.3 billion, making the Leafs the most valuable franchise in the NHL, followed by the New York Rangers and the Montreal Canadiens. In 2015, they were ranked by Forbes as the 37th most valuable sports team in the world and were the only NHL team to be in the top 50. The Air Canada Centre is the largest arena in Canada. 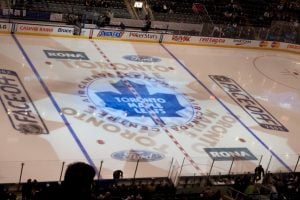