Fly through history with collections of restored aircrafts and the state's largest aviation library.

The Empire State Aerosciences Museum is a one-of-a-kind cultural resource located at Schenectady County Airport in the Town of Glenville, NY, at the site of the former General Electric Flight Test Center!

The museum is dedicated to interpreting aviation, particularly as related to New York State. Visitors are offered a variety of enjoyable and educational experiences, including interpretive exhibits, a spectacular collection of restored aircraft, the state’s largest aviation library, as well as education programs.

The outside Air Park includes an extensive collection of over 20 aircraft, including a Northop F-5 Tiger used in the movie “Top Gun”. The main galleries contain detailed models, dioramas, historical artifacts, memorabilia, and photographic displays. The Museum also contains some hands-on exhibits including a mock-up of a 1910 Von Pomer airplane, electronic “spotter” aircraft identification, and a Simulated Reality Vehicle (SRV), which treats occupants to a video and “ride” that makes them feel as if they are part of the action.

Experience Empire State Aerosciences Museums via Amtrak to Schenectady Station in Schenectady —Don’t forget to use Amtrak’s See New York and Save 15% discount! 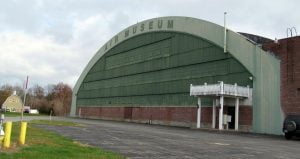