With 27 different wineries to visit, Long Island Wine Country demonstrates the close, seasonal connection between land, table, and the art of wine.

A visit to the Long Island Wine Region allows guests to share in the pride of the land and the culture of Wine Country. Located on the East End of the island, Long Island Wine Country demonstrates the close, seasonal connection between land and table as lush local products are picked, harvested or produced daily and displayed at the height of ripeness, perfectly complimenting the region’s wines.

More than 40 years after the start of Long Island viniculture, the region has grown into one of the most exciting up-and-coming wine regions in the country.

The Long Island American Viticultural Area includes Nassau and Suffolk counties, including the smaller offshore islands in those counties. The AVA was established in 2001, over 15 years after two smaller AVAs were created at the eastern end of Long Island.

The Hamptons, Long Island American Viticultural Area is located entirely within eastern Suffolk County, Long Island. The viticultural area boundaries consist of all of the land areas of the South Fork of Long Island, including all of the beaches, shorelines, islands, and mainland areas in the Townships of Southhampton and East Hampton including Gardiners Island, for a total size of 209 square miles.

Sip and enjoy Long Island Wine Country via Amtrak to Penn Station—Don’t forget to use Amtrak’s See New York and Save 15% discount! Transfer from Amtrak to Long Island Rail Road via the Garden City, Mineola or Westbury Long Island stations.

Or get picked up from Penn Station and taken to your reserved NYTRAIN Enterprise Rent-a-Car. Click here to reserve your car or call the Chelsea office today at: 212-647-9777. 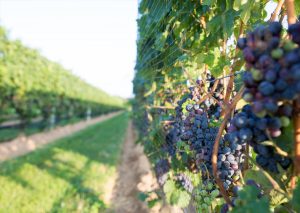