Smorgasburg is the largest weekly open-air food market in America with over 100 local vendors, with locations in both Brooklyn and NYC.

The largest weekly open-air food market in America with over 100 local vendors. 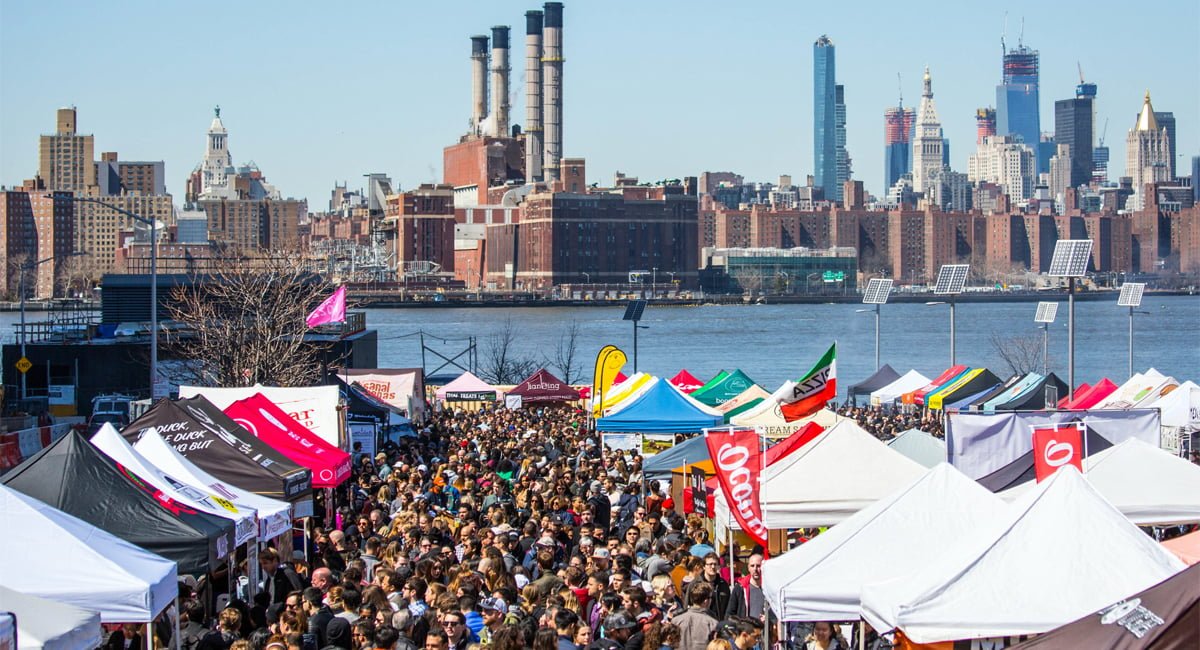 Don’t miss out on the largest food market with over 100 vendors! Since May 2011, Smorgasburg has gone on to be one of the most loved food markets in NYC and has launched dozens of small businesses and has attracted millions of visitors. The New York Times has dubbed this food market the “Woodstock of Eating.” Each weekend, Smorgasburg attracts 20,000-30,000 people to Brooklyn. This food market will take place from April through November on Saturdays on the Williamsburg Waterfront and Sundays in Prospect Park. Although they are currently closed for winter, they will be open again in April!

Details on the Food Market

Smorgasburg is free for all to attend and is open rain or shine. For those 21 years or older, this marketplace has a bar that serves beer, wine, and cocktails. The vendors at the market are all diverse in what they serve so expect a wide variety of food at affordable prices. For those with special diets, there are vendors with gluten-free, vegan, vegetarian, kosher, and other options.

Smorgasburg in Other Places

In addition to their famous weekend markets, this food market has been a part of the concessions at Central Park SummerStage since 2010. Since August 2014, they have also operated a beer and food hall in Crown Heights, Brooklyn called Berg’n. In numerous places in NYC, everywhere you look, you can catch a glimpse of this famous Brooklyn food market.

Experience this event via Amtrak to New York Penn Station in New York, NY—Don’t forget to use the Amtrak See New York and Save 15% discount!

Rent a car with Enterprise! Pick up your reserved NYTRAIN Enterprise Rent-a-Car right at the New York Penn Station. Click here to reserve your car or call the Manhattan office today at: 212-847-8120.