Created in 2002 by Drew Cerza, now known as the "Wing King," the National Buffalo Wing festival has since served 4.6 million wings to crowds of over 800,000 and is now entering its 20th year.

Created in 2002 by Drew Cerza, now known as the “Wing King,” the National Buffalo Wing festival has since served 4.6 million wings to crowds of over 800,000 and is now entering its 20th year. 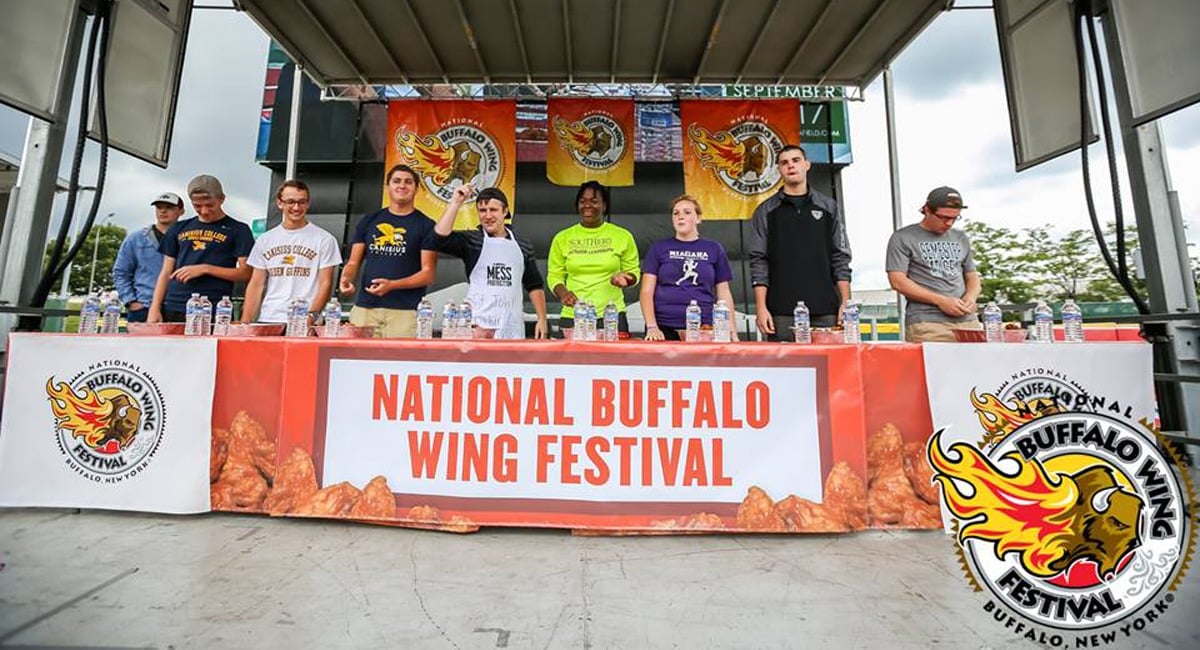 The festival is host to not only buffalo wing eating contests, but also musical entertainment, bobbing for wings and more fun events! Be prepared to watch as adults and college students stuff their faces with delicious buffalo wings and see who comes out the winner! Kids can be part of the fun as well with the Baby Wing Competition, where children as young as newborns can compete in a Buffalo-themed costume contest to see who has the most Buffalo spirit! A weekend filled with food, fun, and Buffalo-themed activities, this festival is one not to miss!

Parking at the festival is free, which is convenient if you’re renting a car through Enterprise. Tickets for the festival are $20 each and will be available at the entrance gate. This year, the festival is operating as a general admission event as opposed to holding individual three-hour sessions. The festival is an all-day event so you can eat and enjoy your wings within your own timeframe.

Experience this festival via Amtrak to Buffalo-Exchange Street Station in Buffalo—The station is 9.3 miles from Highmark Stadium. Don’t forget to use the Amtrak See New York and Save 15% discount!

Get picked up from Buffalo-Exchange Street Station and taken to your reserved NYTRAIN Enterprise Rent-a-Car. Click here to reserve your car or call the Buffalo office today at: 716-884-6666.