The Macy's Thanksgiving Day Parade — the world's largest parade is a spectacle for the whole family to enjoy. With some of the fan favorites making an appearance including SpongeBob SquarePants, Charlie Brown, and Disney’s Olaf of Frozen. Its an experience you and your family can cherish for the rest of your lives. 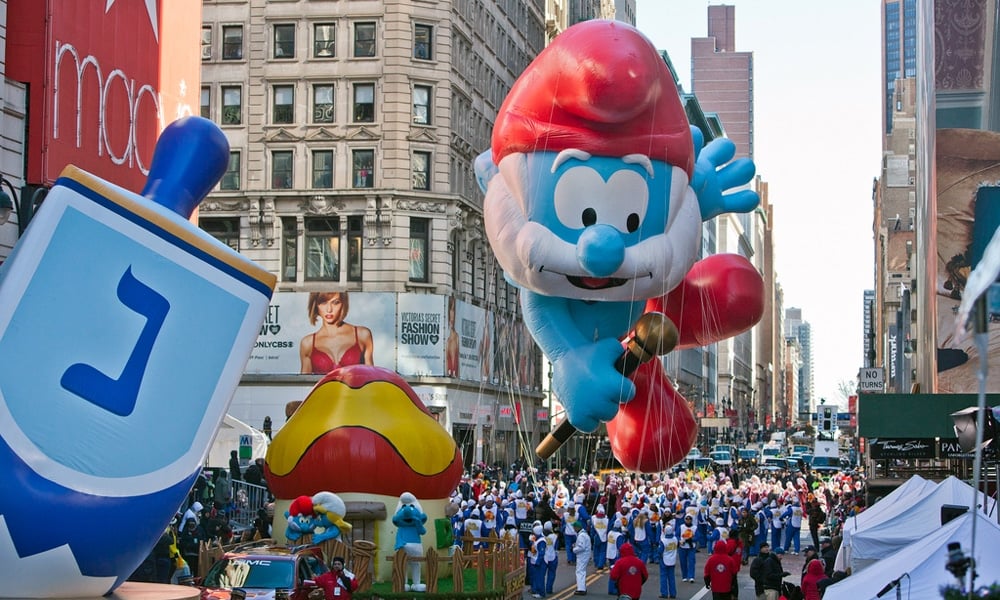 What better way to celebrate Thanksgiving with family and friends than by going to the annual Macy’s Thanksgiving Day Parade? Join Macy’s in celebrating its 96th annual parade on November 24 at 9 a.m. The parade will begin from 77th Street and Central Park West and continue on to Columbus Circle, turn onto Central Park South and march down 6th Avenue/Avenue of the Americas. At 34th Street, the Parade will make its final turn west and end at 7th Avenue in front of Macy’s Herald Square.

Some notable balloons include:

Where to Get the Best View

The best places to view depend on you! Early risers like to camp out starting at 6 a.m. along the west side of the street on Central Park West from 59th to 75th Streets, where the Parade runs from about 9 a.m. until 10:30 a.m. Columbus Circle provides a large clearing, and this gives the best views of the balloons. Some restaurants are within Colombus Circle as well if you would like to beat the cold. If you prefer to arrive later, further down the route on 6th Avenue may be best—the Parade reaches this area around 9:30 a.m. We don’t suggest viewing from 6th Avenue between 34th and 38th Streets or in front of Macy’s Herald Square, which provides very limited viewing due to the national television broadcast. However, Herald Square is the best spot to watch live performances. If you are interested in watching the balloons get inflated on Thanksgiving Eve, check out the American Museum of Natural History around 5:00 p.m.

Experience the parade via Amtrak to Penn Station—Don’t forget to use the See New York and Save 15% discount!