See the Empire State skyline illuminated with fireworks this Independence Day. The 42nd annual Macy’s Fourth of July fireworks are set to go off with a bang along Manhattan’s East River.

An annual fireworks show with dazzling effects and live performances on the East River. 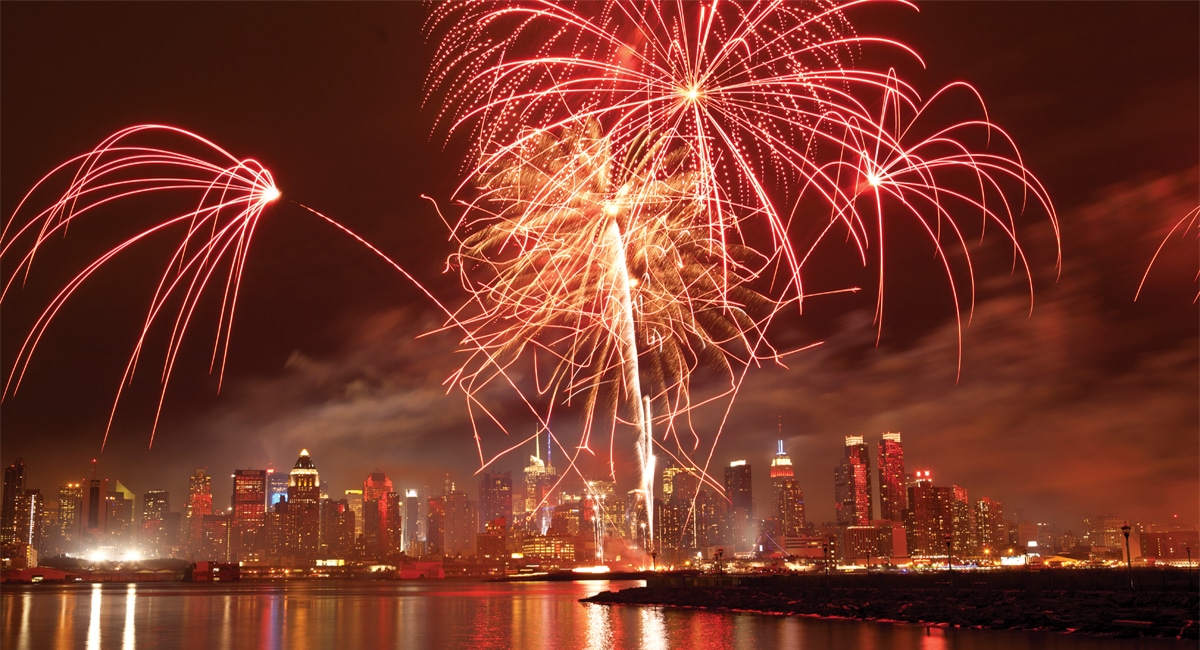 The Manhattan skyline lit up by Macy’s Fourth of July Fireworks Spectacular. | Photo by Anthony Quintano

See the Empire State skyline illuminated with fireworks this Independence Day. The 44th annual Macy’s Fourth of July Fireworks show is set to go off with a bang along Manhattan’s East River.

Macy’s has sponsored firework shows since 1958 when they celebrated their 100th anniversary.  In 1976, the inaugural Macy’s Fireworks show celebrated the nation’s bicentennial and started a new tradition.

The show typically lights up the night sky over the East River, and this year is no exception. In special cases, Macy’s chooses a different body of water, like the Hudson River in 2009 to commemorate Henry Hudson’s discovery.

Spectators can watch the dazzling show for free along any number of Macy’s recommended viewpoints. These include:

Macy’s boasts the largest Fourth of July fireworks show in the entire nation. The 25-minute extravaganza moves at a rate of 3,000 shells-per-minute; over 75,000 shells will explode in honor of our nation’s birth. This year’s team of 50 pyrotechnicians have spent over 8,000 hours on planning and setting up the show. They are proud to announce several new effects, including neon pinwheels, brocade horsetails, and pulsing hearts.

Macy’s show features a star-studded cast of performers, led by American Idol-winner Kelly Clarkson. Clarkson will perform a special rendition of “God Bless America” in honor of its 100th anniversary. The West Point Band and Glee Club will join her on stage performing classic patriotic songs in fresh and soulful ways.

NBC’s live coverage of the event starts at 8 p.m. See the spectacular show live and up close by taking Amtrak.

Take Amtrak to the Macy’s Fourth of July Fireworks Spectacular

Experience thousands of fireworks via Amtrak to Penn Station in New York City—Don’t forget to use the Amtrak See New York and Save 15% discount!