Winter is here, and with it comes a plethora of activities that make the Capital-Saratoga region of New York a great place for a getaway! Summer lakes become ice rinks, hiking trails turn into cross country skiing hotspots, downtown storefronts open their door for foodie festivals, and historic plazas transform into winter hubs of activity. If you would rather be indoors, there's also world-class theater, exhibits, music, and food. So bust out your winter coat, hop on Amtrak and head to the Capital-Saratoga region to check out these winter-inspired ways to have fun:

Whether beneath the warm, afternoon sun or under a starry night sky, ice skating with family and friends is one of winter’s iconic activities, however lacing up on a frozen lake might not be prudent. Instead, the Empire State Plaza Ice Rink in downtown Albany offers public ice skating in a unique setting from the beginning of December through the end of March. And it’s free!

The staff regularly holds clinics to teach people how to skate and how to play hockey, also free of charge.

After skating, you can warm up at the full-service snack bar, open Friday nights and weekends. Other amenities include 25¢ lockers and inexpensive skate rentals. Rentals are available whenever the rink is open: $4.00 for adults, and $3.00 for children ages 12 and under. A photo ID is required to rent skates. Rentals are free on Saturday’s courtesy of Hannaford Supermarkets.

Not a skater? There’s no skill required when it comes to enjoying a horse-drawn sleigh ride at Lapland Lake. The relaxing, 30-minute ride takes passengers along scenic, private roads from the Nordic Vacation Center’s main lodge to tranquil Woods Lake.

Back at the lodge, you can enjoy activities like cross-country skiing and snowshoeing on the woodland trail system designed by former Olympic skier, Olavi Hirvonen, or take advantage of the wood-burning sauna. Kids will love Lapland Lake’s junior tubing hill, ice skating pond and illuminated night skiing.

Tickets for sleigh rides are $25 for adults and $15 for children, ages 4 to 14. Children, ages 3 and under, are free with a parent. Tickets may be purchased online in advance (recommended) or onsite the day of your visit (subject to availability). A $5-per-person discount is available for lodging guests, season’s passholders and with the purchase of a regular Lapland Lake facility-use pass. Private sleigh rides for up to 10 people may be reserved by telephone at 518-863-4974.

The Grafton Lakes Winter Fest at Grafton Lakes State Park is a family-friendly festival overflowing with fun things to do on snow and ice. The festival includes a polar plunge into Long Pond, free snowmobile rides with the Grafton Trail Blazers, ice rescue demonstrations, horse-drawn carriage rides, snowshoe races, hikes from the LL Bean Tent, and a snowball throwing contest. If you need to warm up, you can also explore the exhibits in the Welcome Center & Beach Nature Center.

Patrons line up for tastings at Saratoga Chowderfest. | Photo Courtesy Gail Stein, Frozen Moments in and Around Saratoga

The Saratoga Chowderfest is one of the area’s most anticipated events of the year and the perfect activity on a cold winter’s day. Visitors stroll through downtown Saratoga, sampling a variety of chowder concoctions from participating restaurants. Over 80 super soup chefs participate, including those from Saratoga County’s best restaurants and caterers.

Aside from the many choices of chowder, the festival also features live music [what kind?] and family-friendly activities.

The marquee at Proctors Theatre. | Photo Courtesy of Andrew Shinn

The Capital-Saratoga Region’s hub for Broadway shows, film festivals and special events, Proctors Theatre began as a vaudeville house in the early 20th century. Inside, the original MainStage theater, with its Italian baroque-style and Egyptian-influenced architecture, is worth a visit just to see its elaborate design. In 2003, Proctors added the adjoining, 434-seat GE Theatre; launched Marquee Power, making it the only performing arts center in the country to heat and cool itself and surrounding properties; and opened the Apostrophe Cafe, named for the lack of an apostrophe in the theater’s name. It also houses the Schenectady Heritage Area Visitors Center.

This winter, the fantastic line up at Proctors Theatre is sure to warm you:

Take Amtrak to the Capital-Saratoga Region

Pick up your Enterprise Rent-a-Car at ALB. Use the code, NYTRAIN, for a discount when making your reservation. Click here to reserve your rental car, or call Enterprise’s Albany-Rensselaer office at 518-427-3893.

From ALB, drive 36 miles to Saratoga Chowderfest, or take Amtrak to Saratoga Springs Station (SAR). Enterprise Rent-a-Car will pick you up at the station and take you to your rental car. Call 518-587-0687, to reserve a car and to arrange a pick-up.

From ALB, drive 68 miles to Lapland Lake, or take Amtrak to Amsterdam Station (AMS). Enterprise Rent-a-Car will pick you at the station and take you to your rental car. Call 518-843-8535, to reserve a car and to arrange a pick-up.

From ALB, drive 20 miles to Proctors Theatre, or take Amtrak to Schenectady Station (SDY). Enterprise Rent-a-Car will pick you up at the station and take you to your rental car. Call 518-374-7890, to reserve a car and to arrange a pick-up.

Where to Eat in the Capital-Saratoga Region 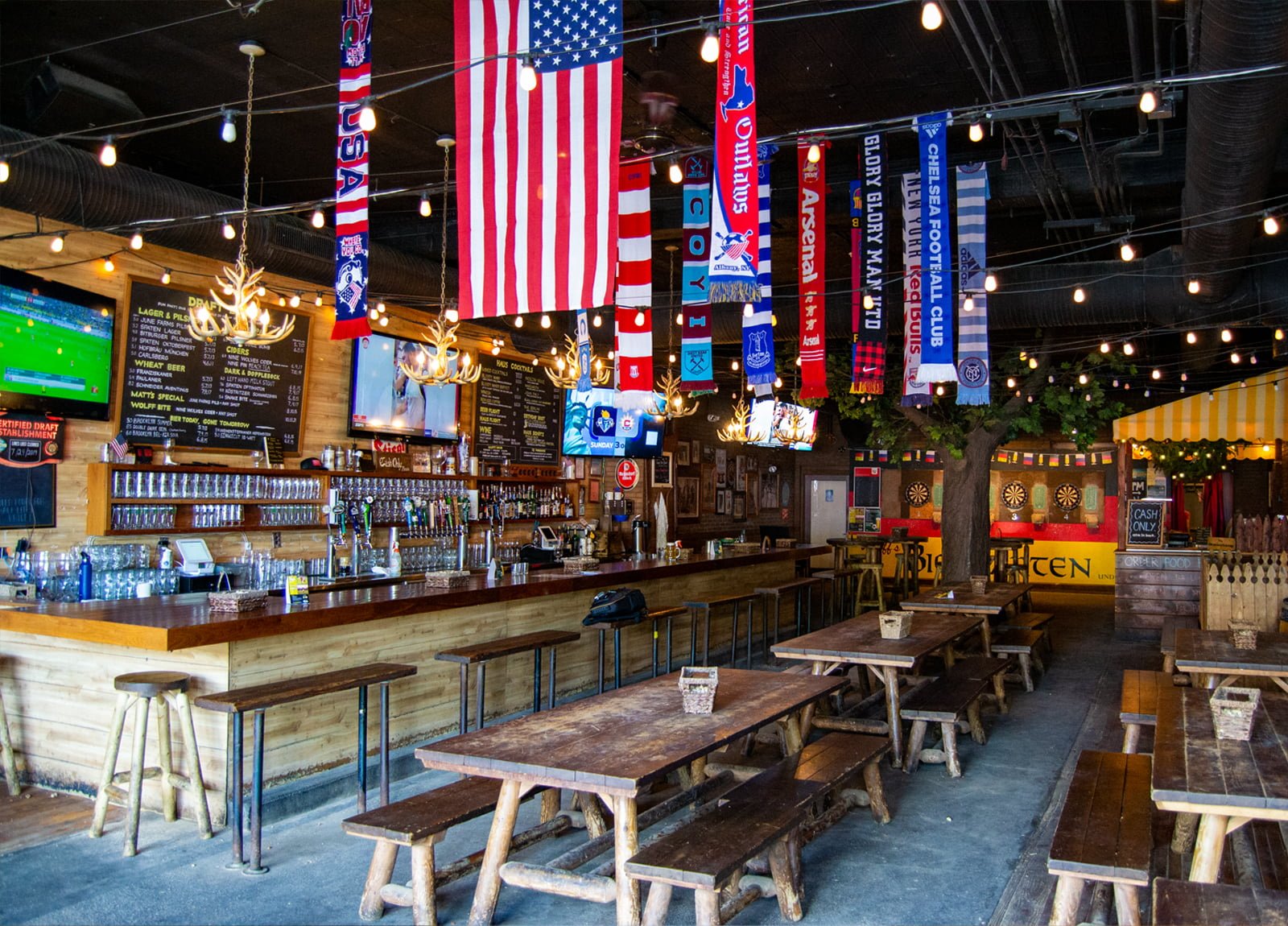 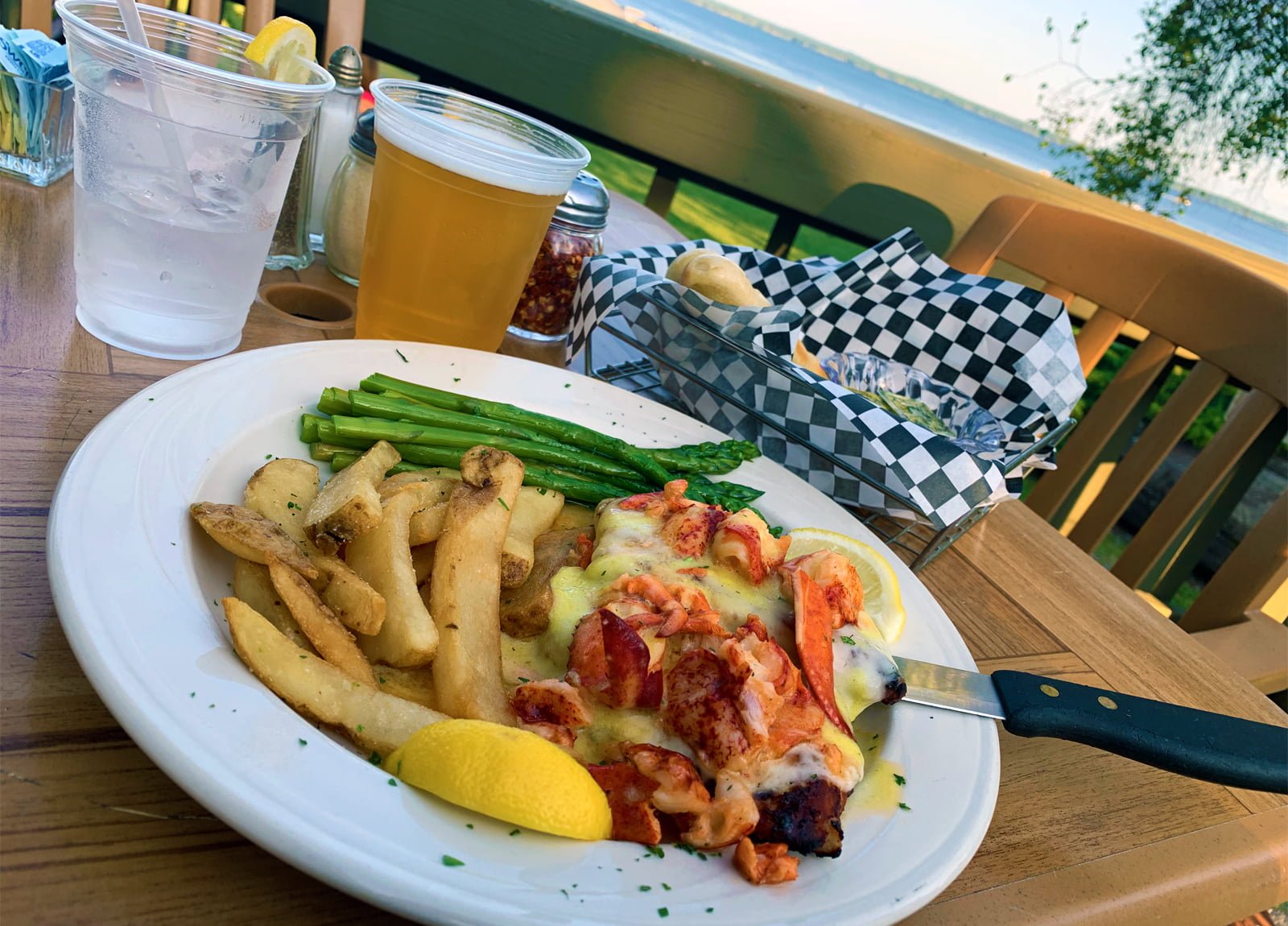 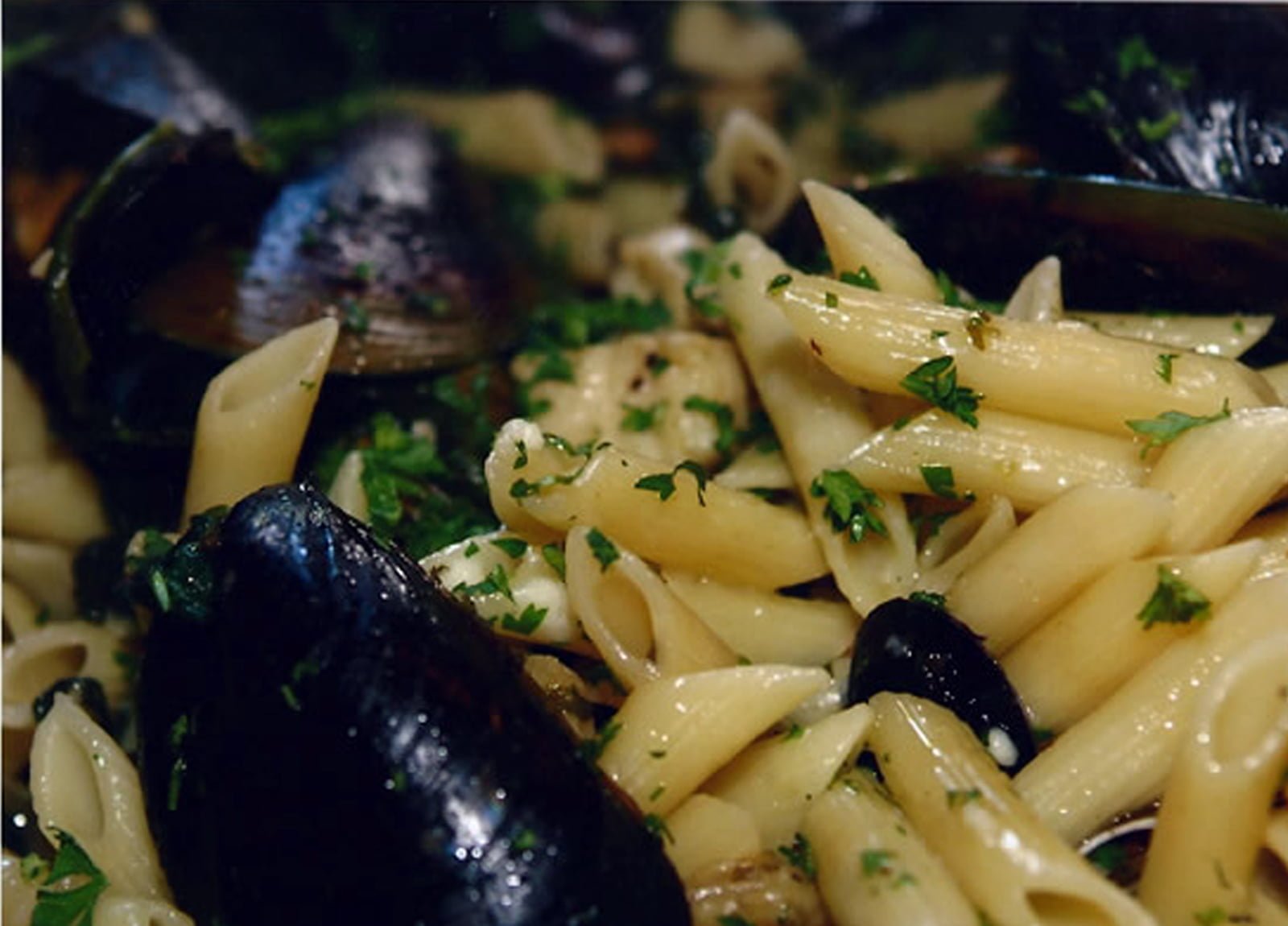 Wide selection of gourmet dishes for a drop-in lunch or a fine dining experience in the evening. 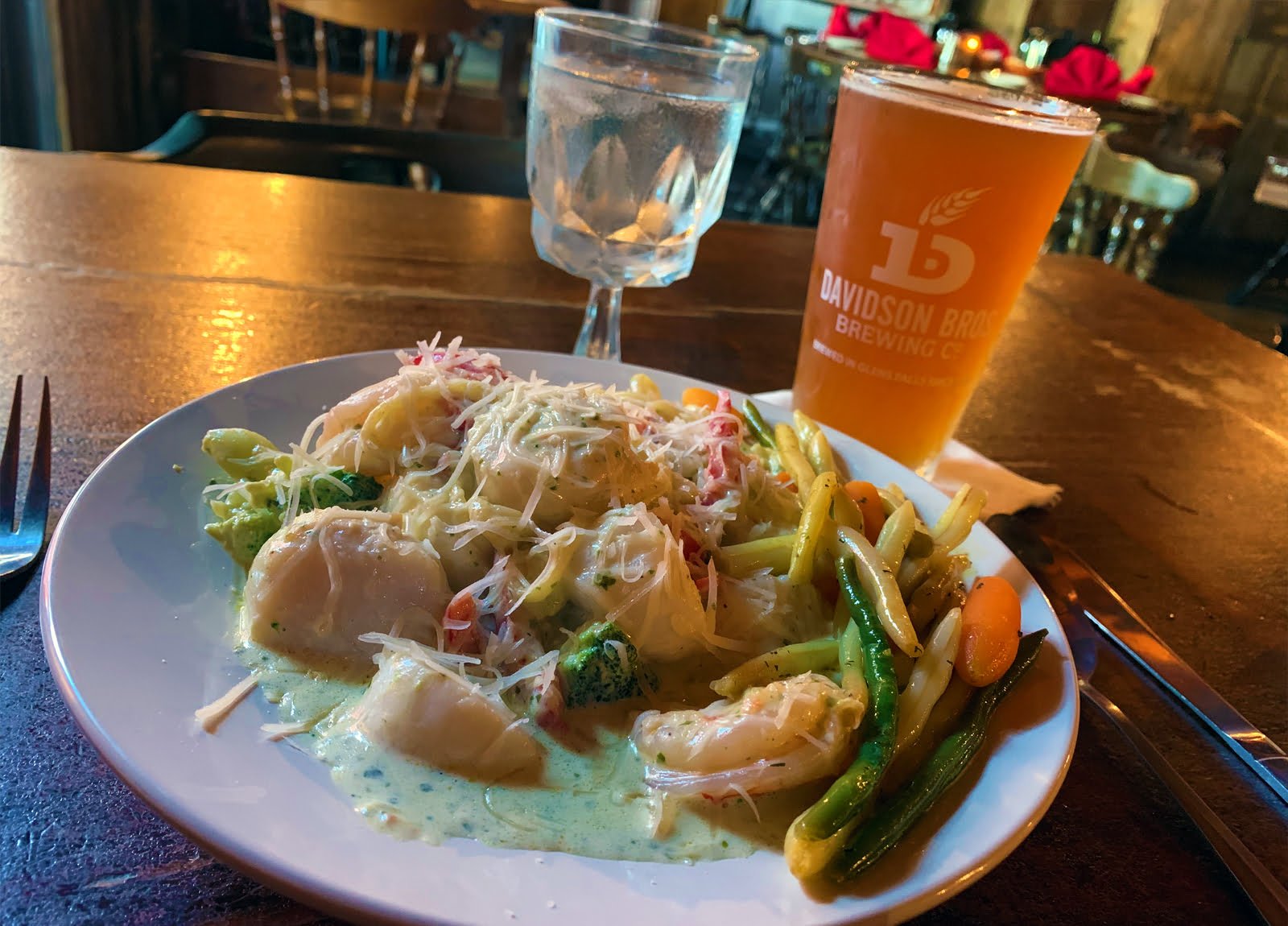 Located in an 1840s blacksmith shop. Italian and American menu with items such as pasta, Alfredo, and seafood dishes.

Where to Stay in the Capital-Saratoga Region 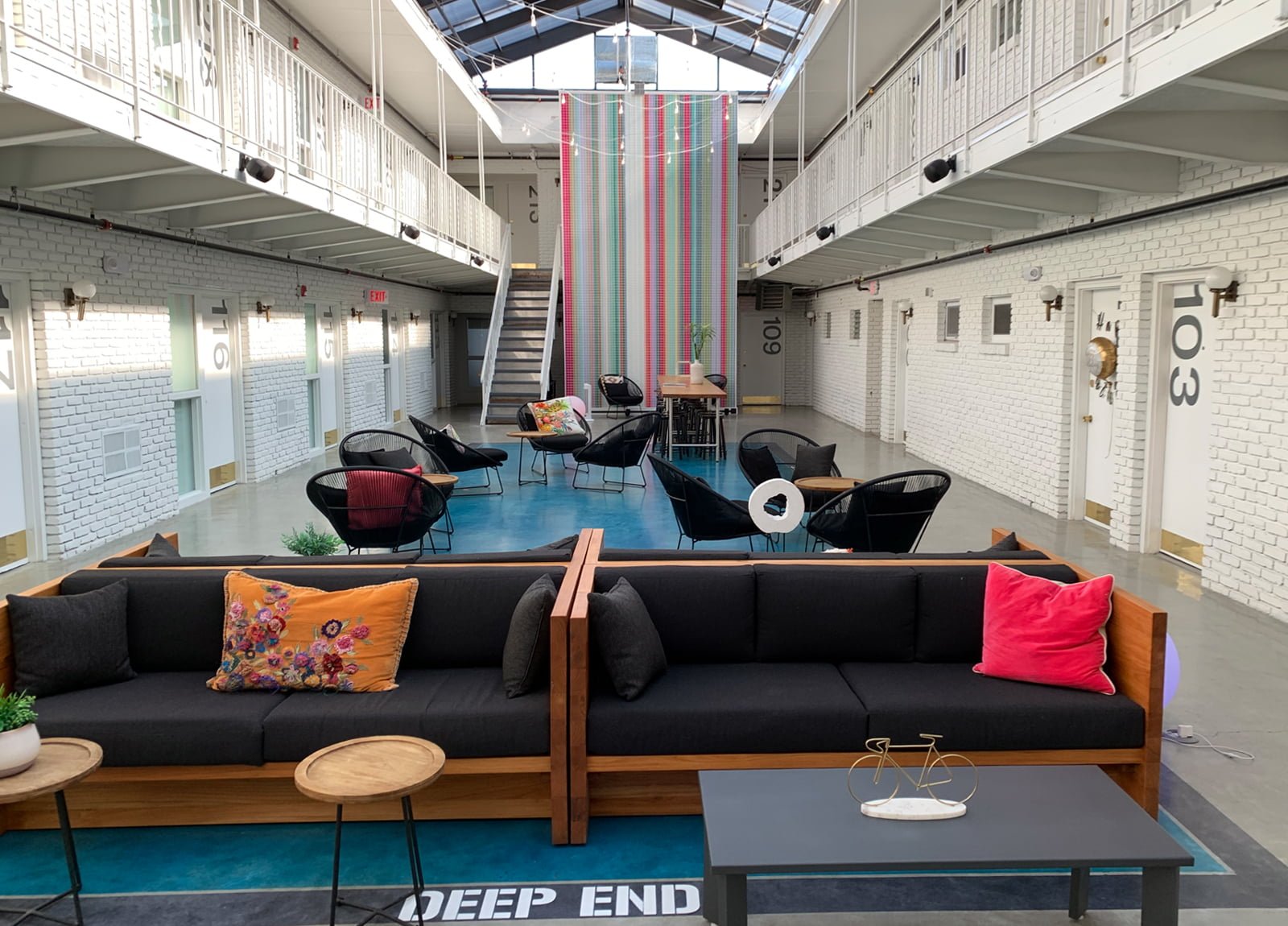 A stylish, modern hotel located in the heart of downtown Saratoga Springs. Loft-like rooms with a minimalist aesthetic. The perfect base for exploring the area and for walkable nightlife.