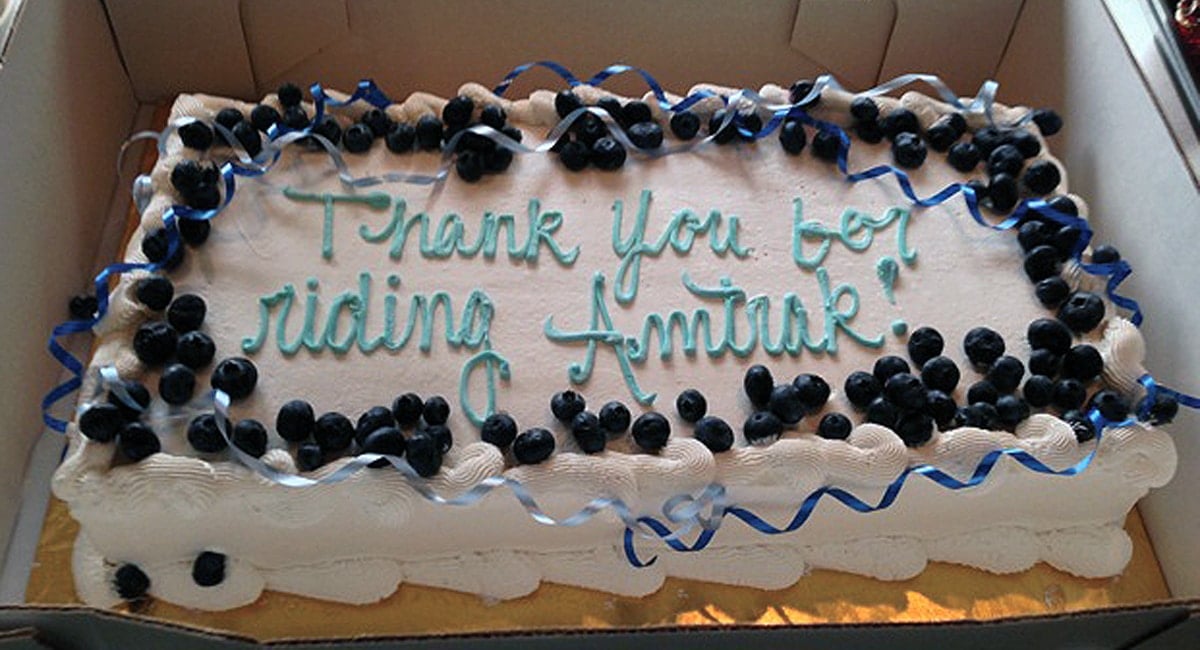 Picture a crowded commuter train, everyone absorbed in their phones, tablets and newspapers. Not so on the Empire Line’s 5:47 p.m. train from Penn Station to Rhinecliff! It’s party time! ‘Not every day, but whenever an occasion calls for it. About 100 passengers who regularly ride the train, have found lasting friendships among their fellow rail-travelers. The group extends much more than courteous hello’s. They celebrate each other’s most memorable moments together… on the train!

“We knew two people when we moved upstate in 2007,” says Maria Santana, who commutes to New York City on the Empire Line from Rhinecliff, “We went to the café car by chance, then recognized people from the platform. We started to talk then found out we had a lot in common. At my husband’s birthday party this year, 100 of the 105 people were from the train.”

Santana purchased her home in upstate New York as a weekend getaway but lived in an apartment in the city. Within two years, she and her husband decided they would rather live upstate, though it required a 100-mile commute each way. As an unexpected bonus, they developed many close friends on the train, who stay in touch through the Google Group, “Empire Regulars”. In addition to socializing, they keep each other posted about delays, breakdowns, other train-related news, and especially the next party.

“We have quarterly birthday parties,” explains Santana, “We celebrate everyone’s birthday in January, February and March together. Everyone brings something, the crowns, a cake, the other food, plates and napkins, sake, wine or soda.”

In addition to birthdays, the group holds parties for the December holidays, Halloween, retirements, bachelors, babies, and any other reason. For the 2016 Presidential election, they all got off in Rhinecliff to watch the election results, then those that needed to travel farther north or south boarded a later train. 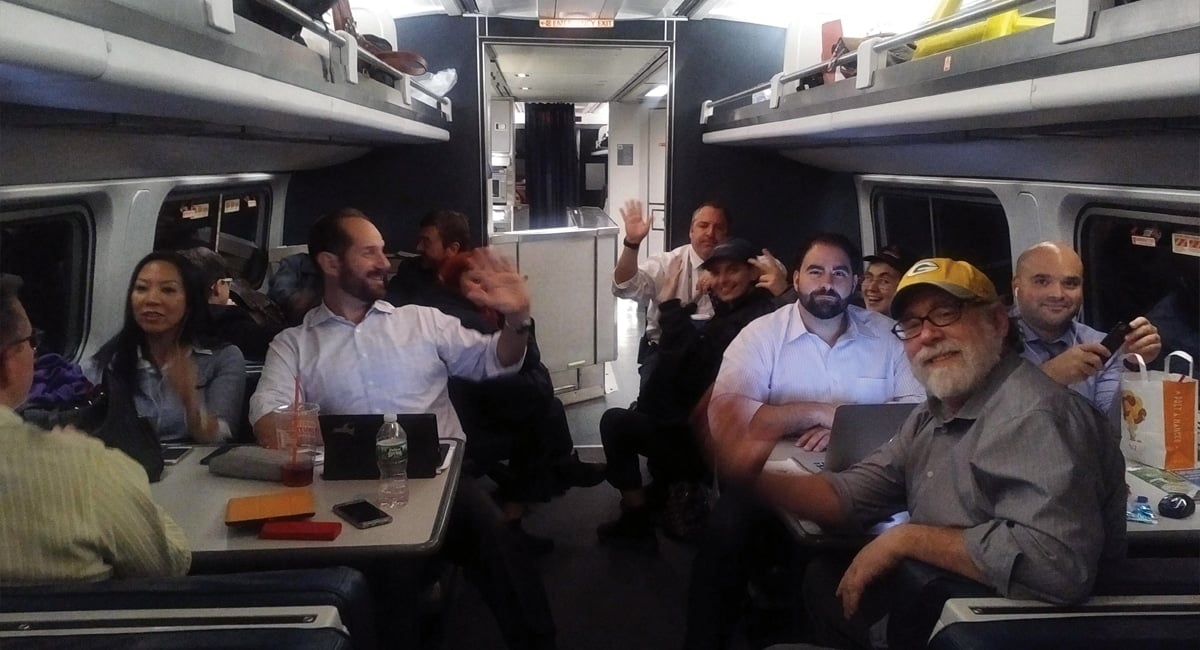 “One of us is a mixologist,” says Santana, “He makes a special martini for each occasion. When another of us, a PBS producer, got laid off, we had a pink slip party with pink slip martinis.”

To explain how a train can facilitate such fun, Santana points to the need to decompress between hectic work and home life. The 100-mile train ride offers valuable transition time. It has also provided the group with new job leads, money for fundraisers, even emergency medical care.

“One of our friends had a heart attack on the train,” recalls Santana, “A nurse in our group triaged him in the café car. The conductor called ahead, and paramedics were waiting for him at the next station.”

But mostly, the train provides camaraderie. Next time you’re on the Empire Line, and someone invites you to a party in the café car, it’s worth saying yes.