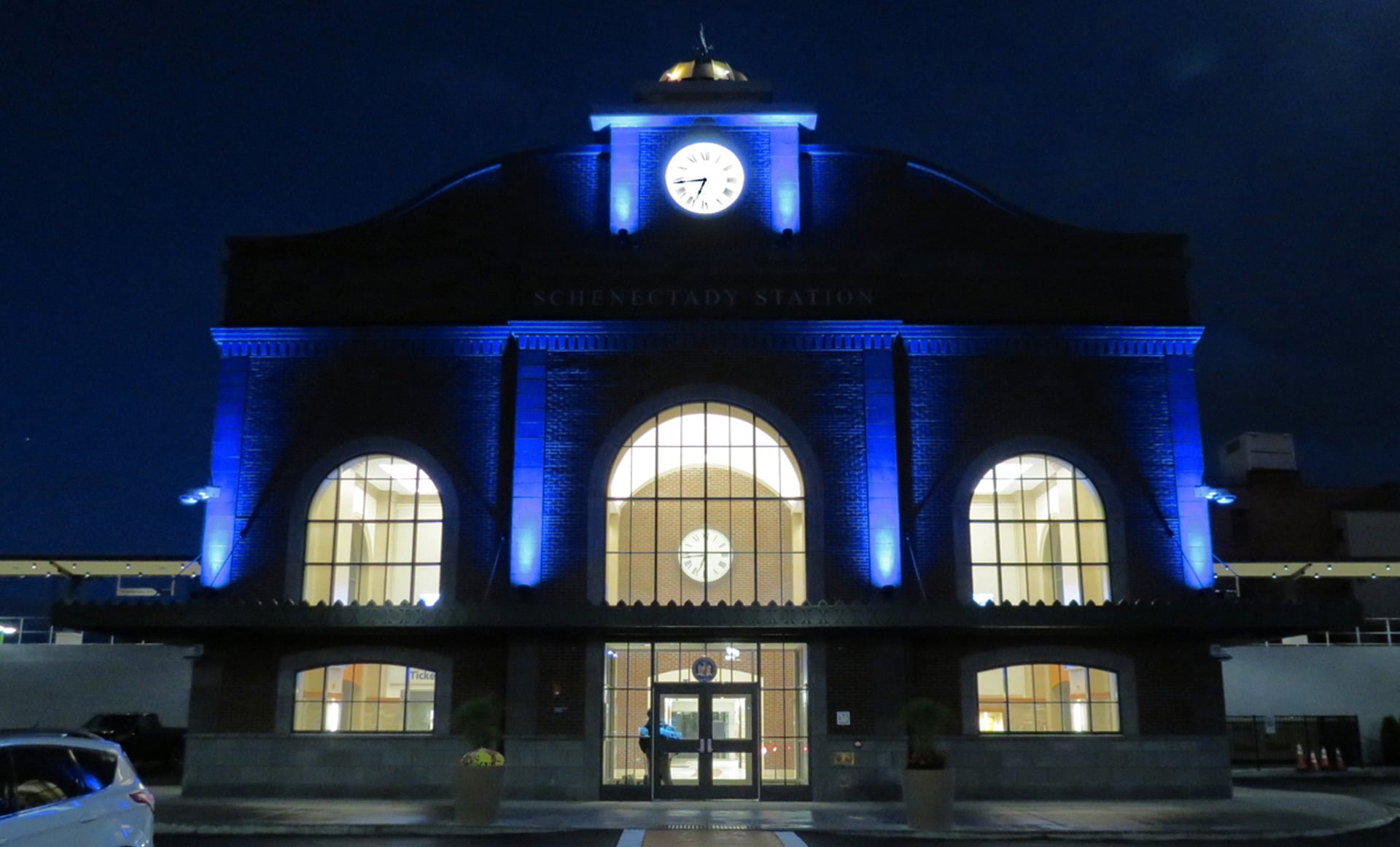 Schenectady Station (SDY) became the fourth and most recent Amtrak station in the Empire State to see major improvements. The new downtown station opened October 16, 2018, after a decade of efforts to replace the austere, drafty, old station, which dated back to 1979.

The new station is steps from most venues, including the historic Proctors Theater. It’s also near new Electric City residences, part of continued efforts to revive downtown Schenectady as a place to live, work and play.

Urgency for the new station increased in 2015, when the city won its bid for a Rivers Casino and Resort on the former American Locomotive Company’s property. The demolition cost $5 million in 2017, making way for the new $23 million station, which is twice the size. Most of the funding came from state and federal sources. Amtrak provided the passenger information display, and the City of Schenectady provided parking improvements.

Schenectady is served by 12 daily Amtrak trains. Amenities include seating with charging ports, a new elevator and enhanced corridor displays showcasing the city’s attractions and history. With several restaurants within an easy walk for train passengers, it’s worth getting off the train at SDY to see the new station!

See the new Schenectady Station via Amtrak – Don’t forget to use the See New York and Save 15% Discount!

From there, explore all there is to do in Schenectady. Get picked up from Schenectady Station and taken to your reserved NYTRAIN Enterprise Rent-a-Car. Click here to reserve your car or call the Syracuse office today at 518-427-3893.