Children cheer from the Grandstand at the Killington World Cup. | Photo Courtesy of John Everett

For the fourth year in a row, the superstars of women’s World Cup ski racing compete at Killington, Vermont on a trail fittingly called Superstar. This marquee winter sports event, November 31 – December 1 (Thanksgiving weekend) – is a happening on par with the U.S. Open in tennis or any major league sports competition. But unlike catching a Yankee’s game at Yankee Stadium, admission to the World Cup at Killington is FREE! And it’s the only chance to watch professional athletes like two-time Olympic champion, Mikaela Shiffrin, tear down a slalom and a giant slalom in the Eastern United States.

“The Killington Cup has long been a highlight of mine on the World Cup tour the last three seasons,” says Shiffrin, who spent her high school years studying and training in Vermont and who has won the slalom at Killington all three years it has taken place. “To get that hat trick slalom victory in front of thousands of screaming fans at home is something I will never, ever forget. I’m looking forward to once again competing on home [snow].”

Attending the Killington Cup is something you won’t forget either. No skiing required, or automobile. Amtrak’s Ethan Allen Express takes you from New York’s Penn Station to Rutland, Vermont via Albany, a 241-mile trip in just 5.5 hours. Then it’s a half-hour ride on Amtrak’s Thruway bus (included with your train ticket) to Killington. It’s the easiest, most hassle-free way to catch the racing action, which drew 39,000 spectators last year and was broadcast to 60+ nations.

“I continue to be blown away by the sheer size of the crowds,” says Mike Solimano, Killington’s President and General Manager. “We use every cold period in October and November to build a world-class race venue on Superstar. Getting the job done early in the season showcases Killington’s state-of-the-art snowmaking system as an industry-leading powerhouse, while also setting us up to offer the longest season in the East.” 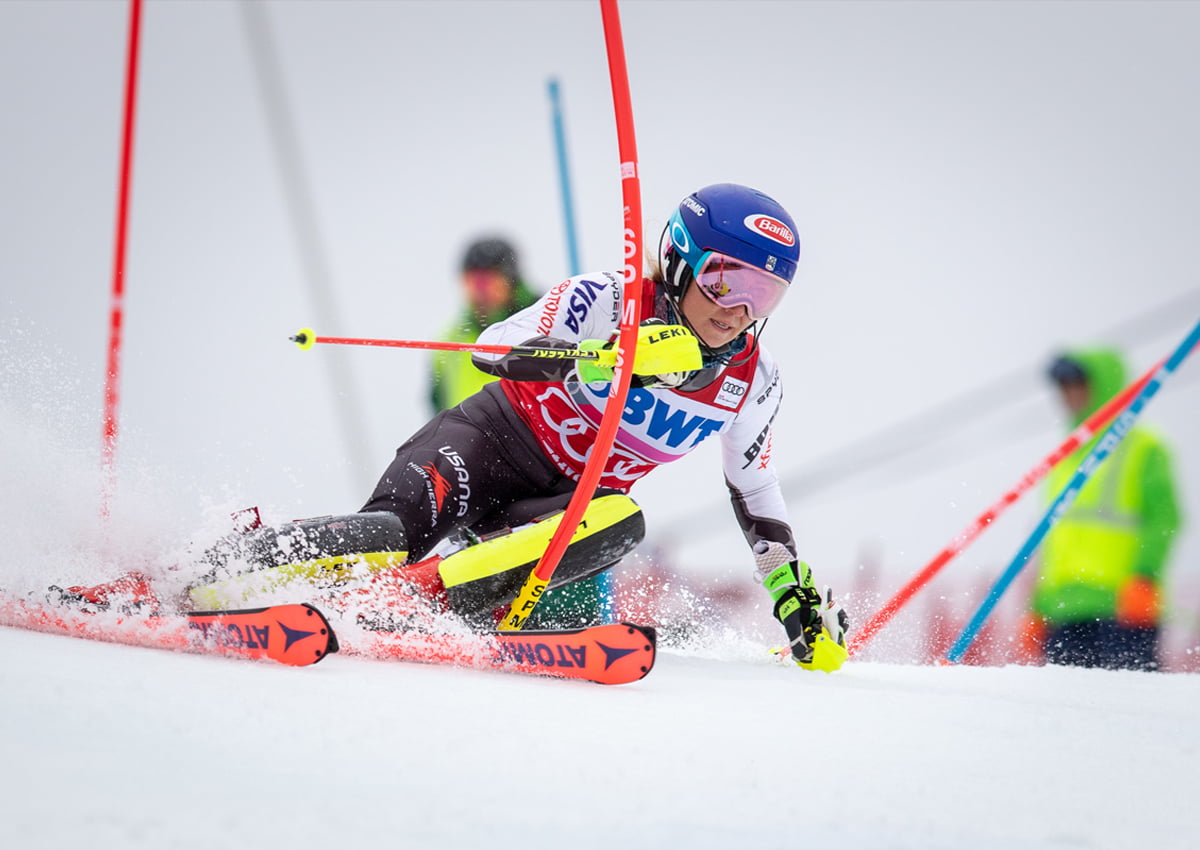 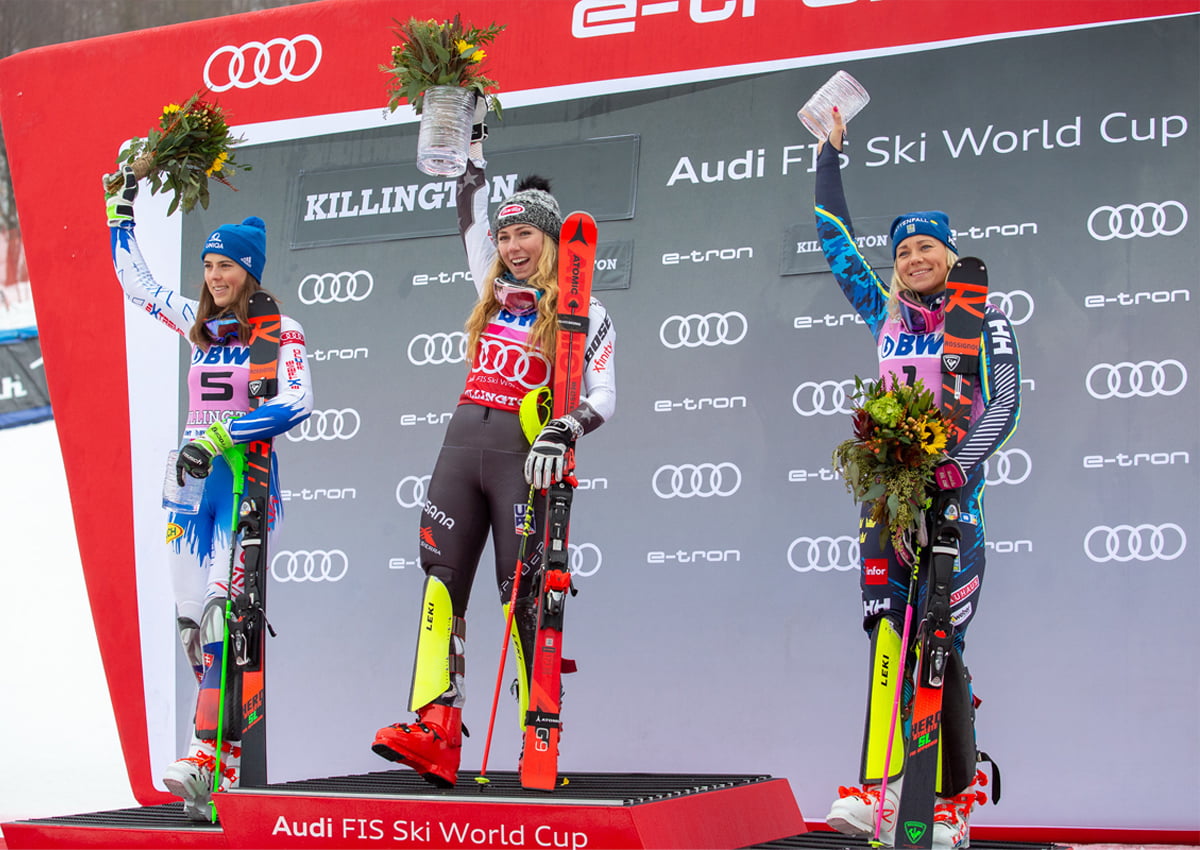 The 2018 Slalom Winners at the Killington World Cup. | Photo Courtesy of David Young

Alpine skiing traces some of its earliest roots in the United States to the Killington region. In fact, the first ski lift in the country, a rope tow, was created a few miles down the road on a farm in Woodstock, Vermont. Historically, some of the country’s fastest skiers have come from Vermont, including Leslie Leete Smith, daughter of Killington’s founder Preston Leete Smith and a member of the U.S. Ski Team at the 1976 Winter Olympics. However, World Cup ski racing was absent from this part of the country for over 30 years, until Killington agreed to host the women’s field three years ago.

“We wanted to bring a World Cup event back to the east, and where better to host an event of this magnitude than at The Beast of the East?” says Courtney DiFiore, Killington’s Communications, PR and Social Media Manager.

Killington’s nickname, The Beast of the East, is well-deserved. The ski resort has 212 trails spread across seven interconnected mountains, including Killington Peak (elevation 4,241 feet), the second highest point in the Vermont. However, during World Cup weekend, everyone’s attention is on Superstar.

“We continue to host the event because we love it just as much as the record breaking crowds of spectators love it,” says DiFiore. “Additionally, it’s great for the community and surrounding region. The event brings in people and money to our local businesses.”

The action is not limited to the ski slopes. The event begins Friday afternoon with the opening ceremonies in the Festival Village at the bottom of the race hill. The festivities kick off with Recycled Percussion, the high energy, “junk rock” band that takes street-style percussion to another level of creativity using instruments made from scrap.

The highlight of the afternoon is the presentation of the athlete bibs (the number that each racer wears for identification on the course), a tradition at all World Cup skiing events. This half-hour ceremony involves a key piece of strategy for the 15 top-seeded racers who pick their start position for the next day’s giant slalom race. It’s not always advantageous to go first, as the course can get faster or slower depending on weather and snow conditions.

After meeting the racers, the ceremonies conclude with a fantastic fireworks display.

Even if you know nothing about ski racing, the Festival Village is worth checking out. “The Festival Village is filled with vendors, many local to Vermont, that give away freebees or have items for sale,” explains DiFiore. “There’s food trucks. Some vendors will have games, giving spectators chances to win swag.” 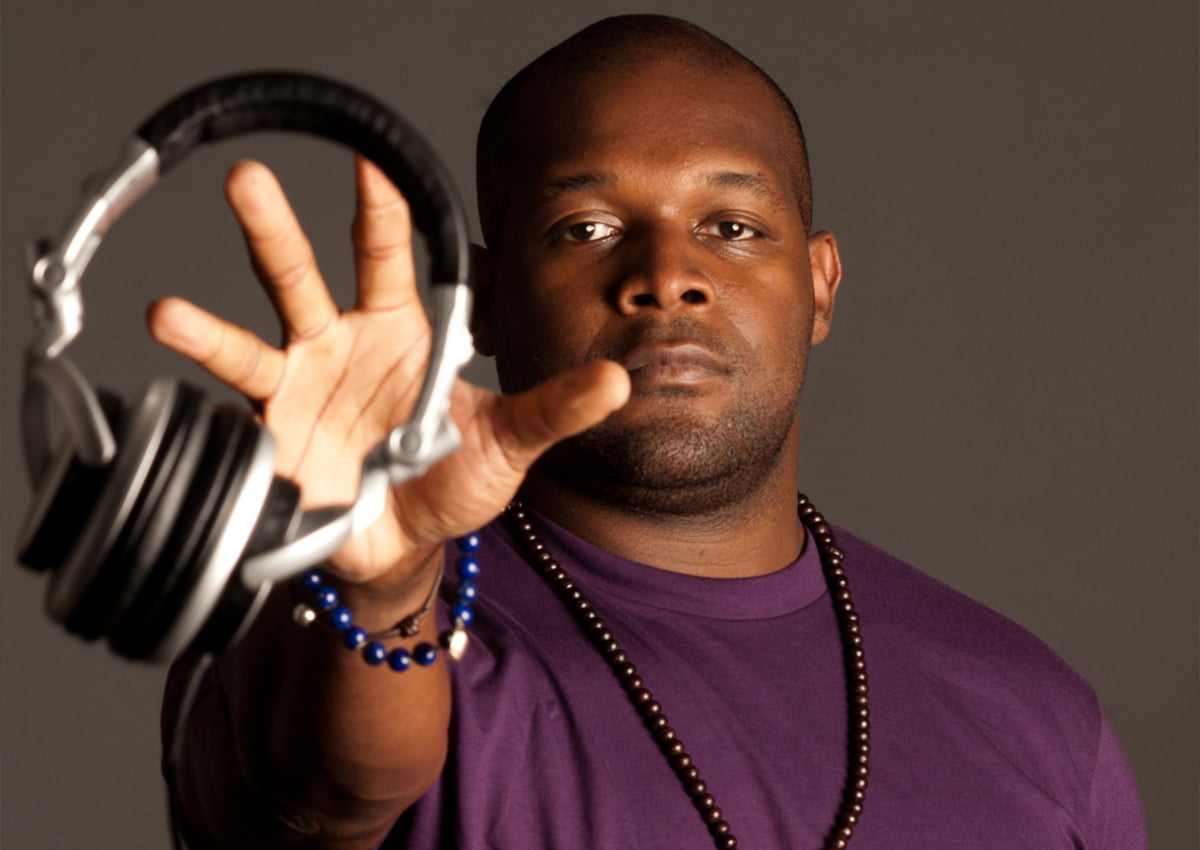 Giant slalom and slalom races are both two-run events. About 100 competitors will race the first run, then the course is reset. The top 30 fastest women from the first run go again. The combined times for each racer determine the winner. The excitement builds as each athlete blasts out of the starting gate. You won’t know who wins until the last one finishes, as the fastest athlete the first run goes last on the second run.

On Saturday, during the break between runs, Bronx native and turntable sensation DJ Logic keeps fans literally jazzed with his contemporary soul, hip hop and nu-jazz. Grace Potter performs after the conclusion of Saturday’s race, entertaining the crowd as the results are tallied. Then, on Sunday, Twiddle rocks the mountain between slalom runs.

“Even if you’re not into ski racing, the entertainment line-up is enough to pull you in,” says DiFiore. “Plus, seeing at least one athlete come down the course is worth it if you’re at Killington that weekend, because the crowd is so big and loud that it draws you in. You want to be a part of it.”

The crowd at the Great Slalom’s finish line at the Killington World Cup. | Photo Courtesy of John Everett 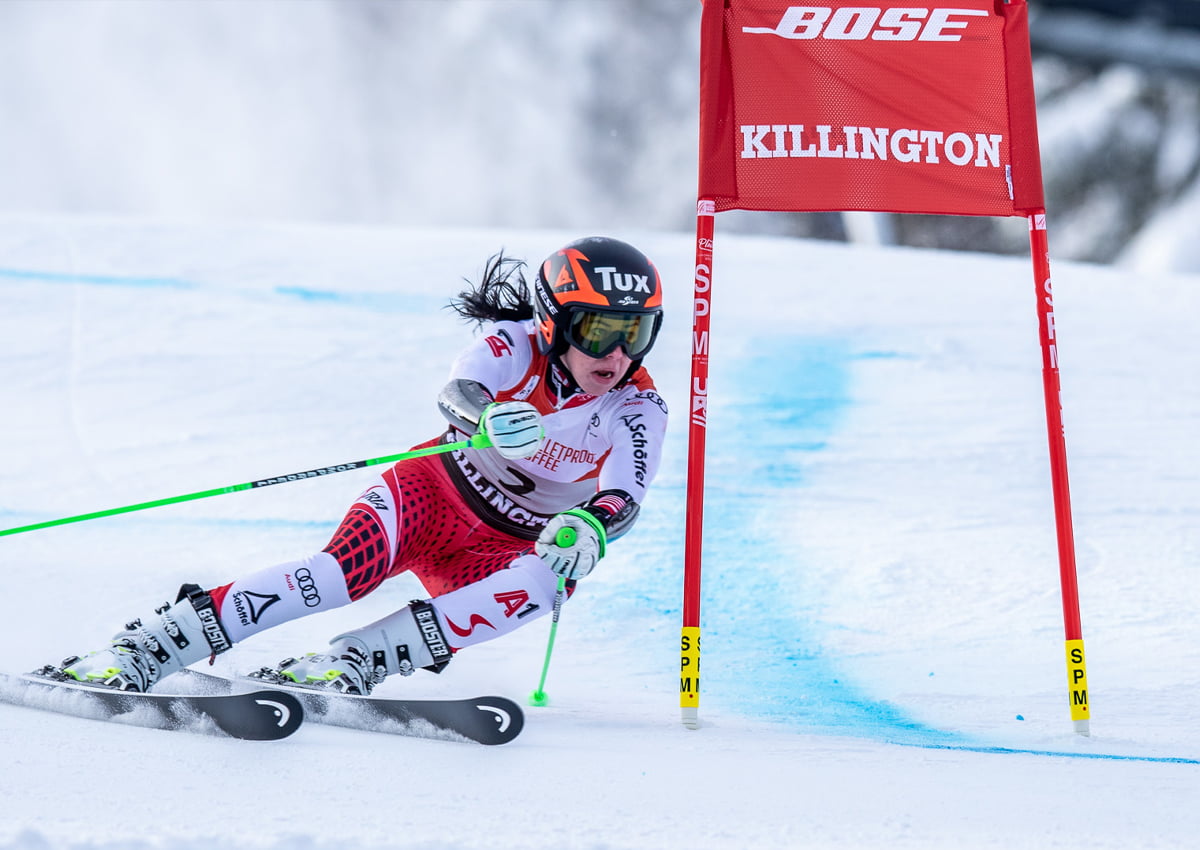 The best place to watch the races are from the Premier Grandstand seats, the top few rows of seats in the Grandstand at the bottom of the course. There is a fee for both tiers of Grandstand seating, which are the only seats at the venue. General admission, which is free, is standing only. You won’t see as much of the course, but you can watch racers on the jumbo screens until they come into view. The advantage of general admission is the ability to get close to the athletes.

Visitors to Killington during World Cup weekend can ski, too. The mountain plans to have at least its North Ridge area open to the public, accessible by taking the gondola by the race venue to the top of the mountain, and its Snowdon 6-Pack Bubble Chair. But whether you are a skier or not, if you enjoy watching Olympic-level competition, the World Cup ski races at Killington are a must-see event, guaranteed to make your heart race as fast as the pros on the course!

Know Before You Go!

Take Amtrak to Rutland Station (RUD), then transfer to the Thruway bus to Killington (KLT) included with your train ticket. Amtrak’s Thruway bus drops off passengers at the Killington Grand Resort Hotel. From the hotel, take the free shuttle bus or walk to the Festival Village at the base of Superstar to watch the races. Don’t forget to use the Visit Vermont and Save 20% Amtrak discount!

Shuttles run regularly around the resort. Some businesses on Killington Road have free shuttles that will pick-up from the Grand Hotel. The local commuter bus service, The Bus, also runs regularly between Rutland and Killington and around Rutland (https://www.thebus.com/).

Where to Stay, Eat, and Play in Killington

Accomodations at Killington Resort is sold out during World Cup weekend. However here are some suggestions around Killington and Rutland with availability as of November 1st: 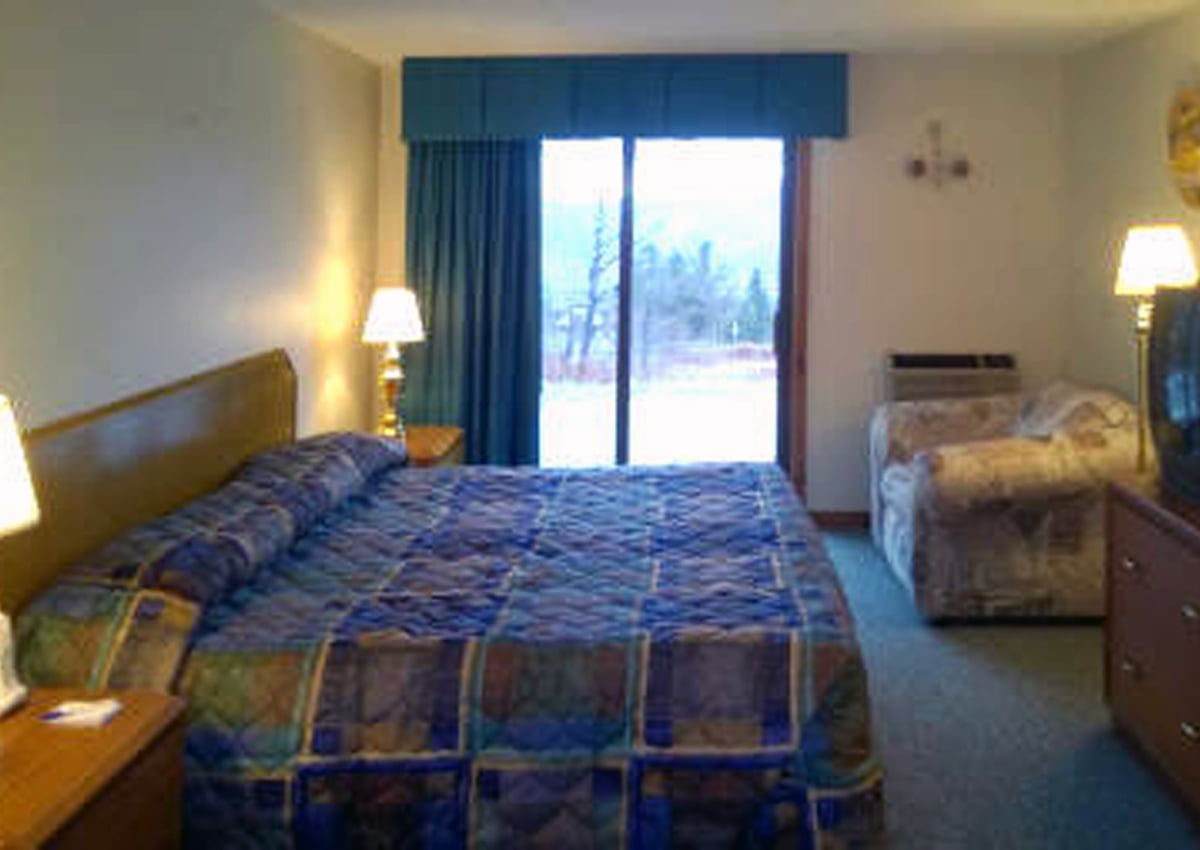 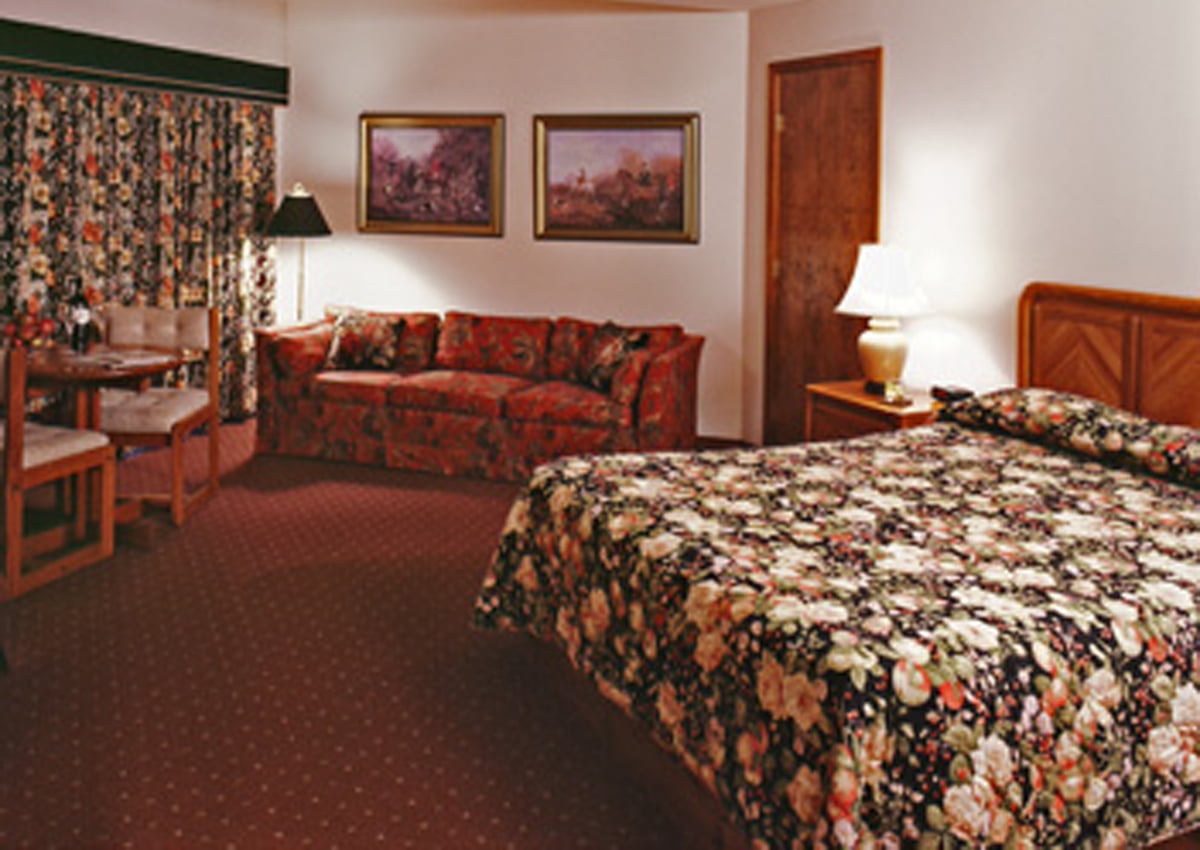 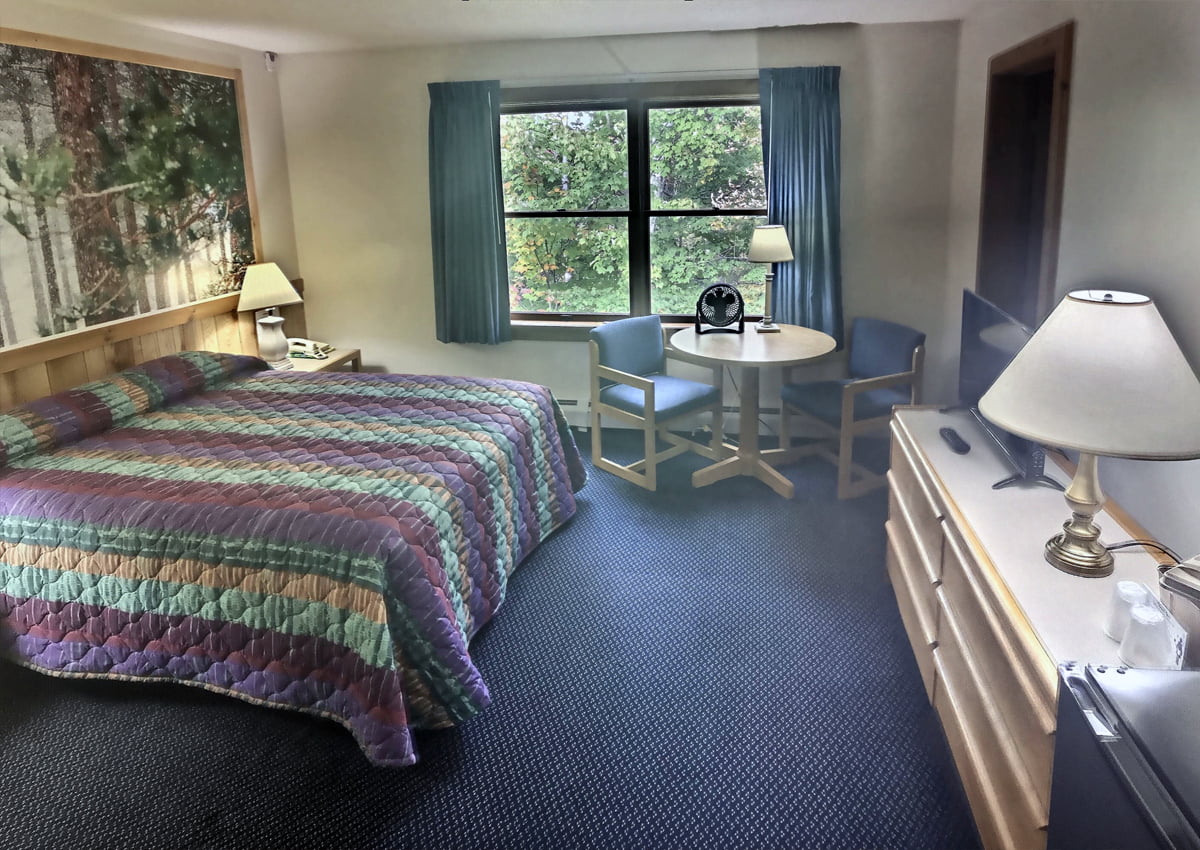 Despite it being a busy weekend, Killington and Rutland have many great restaurants. Favorites on the Killington Road bus route include: 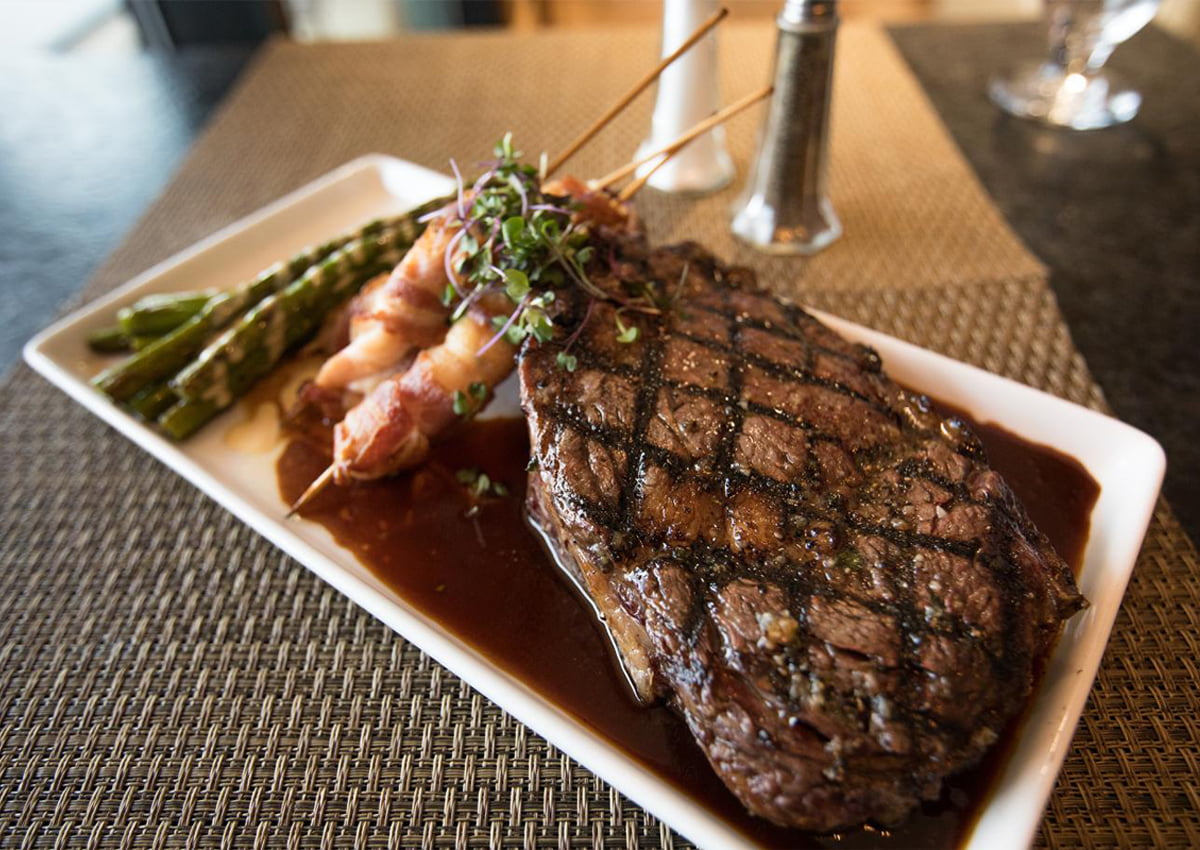 Preston’s At the Grand Summit Hotel 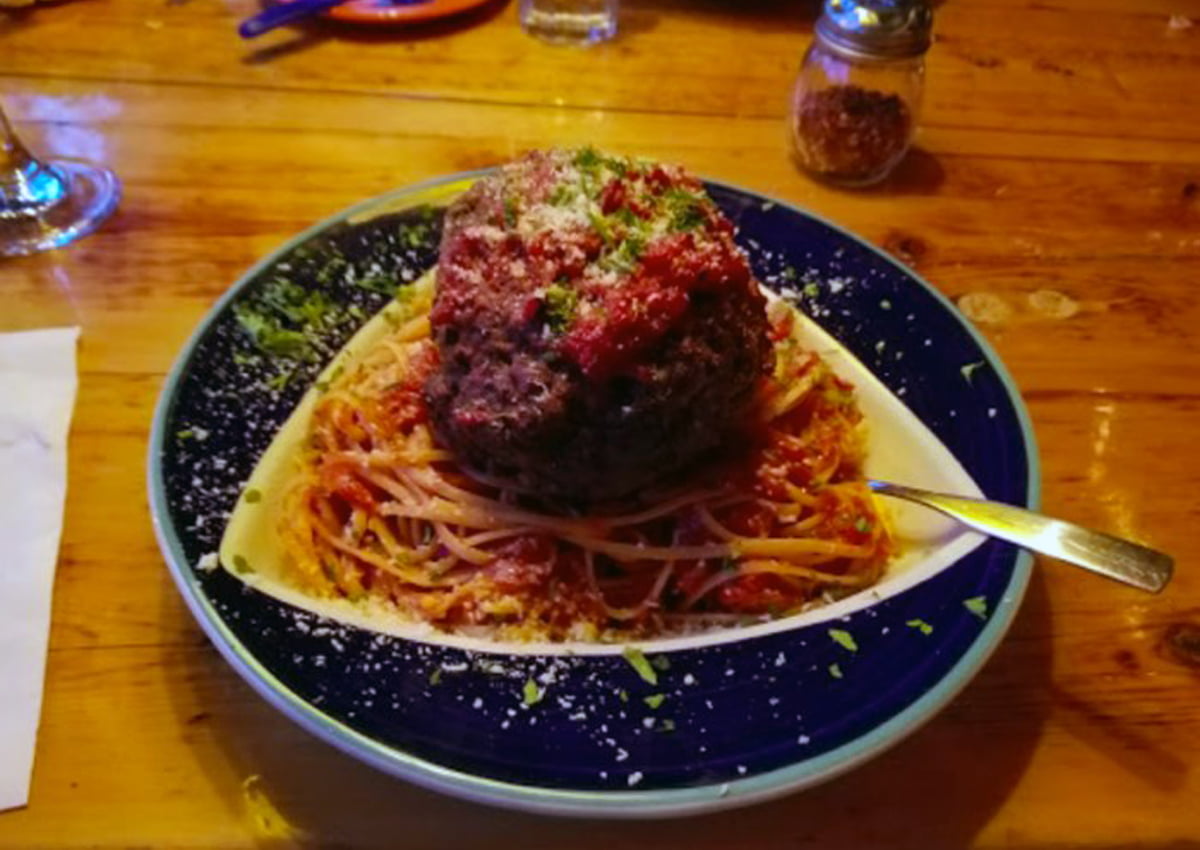 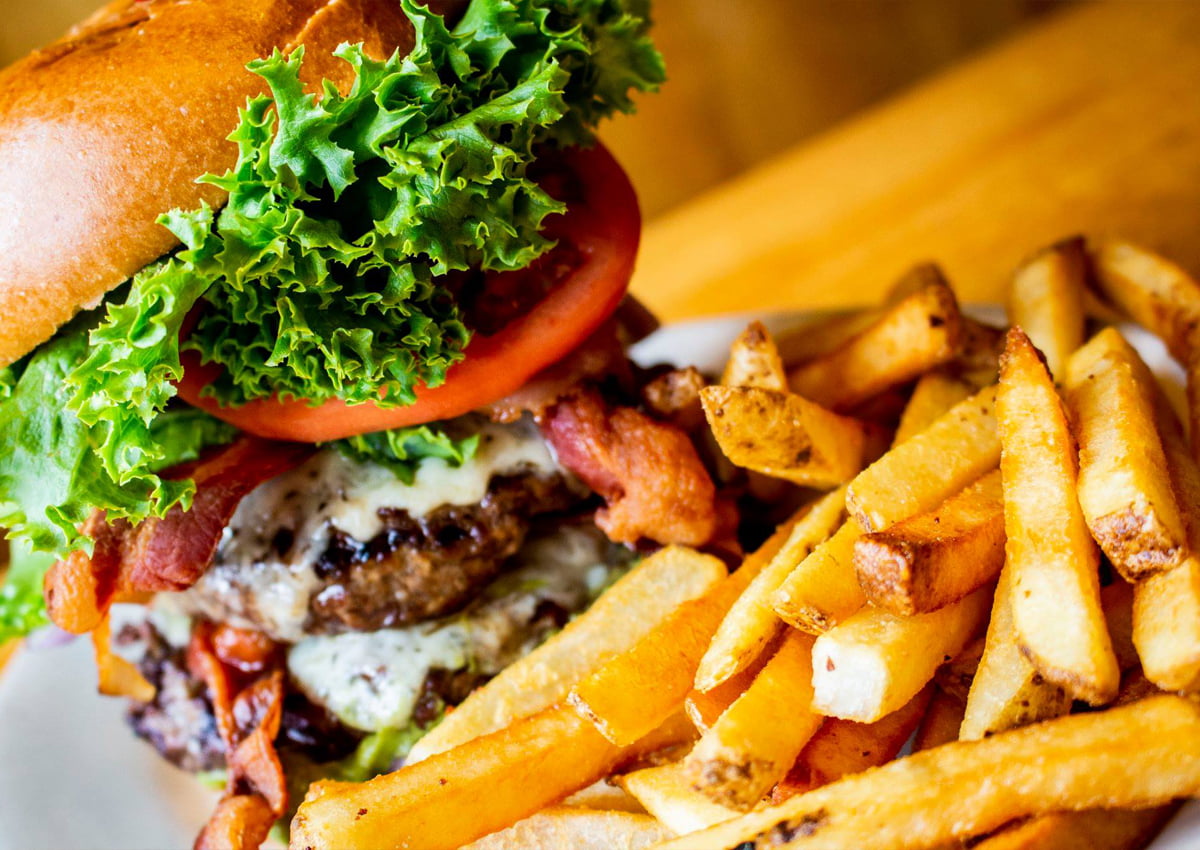 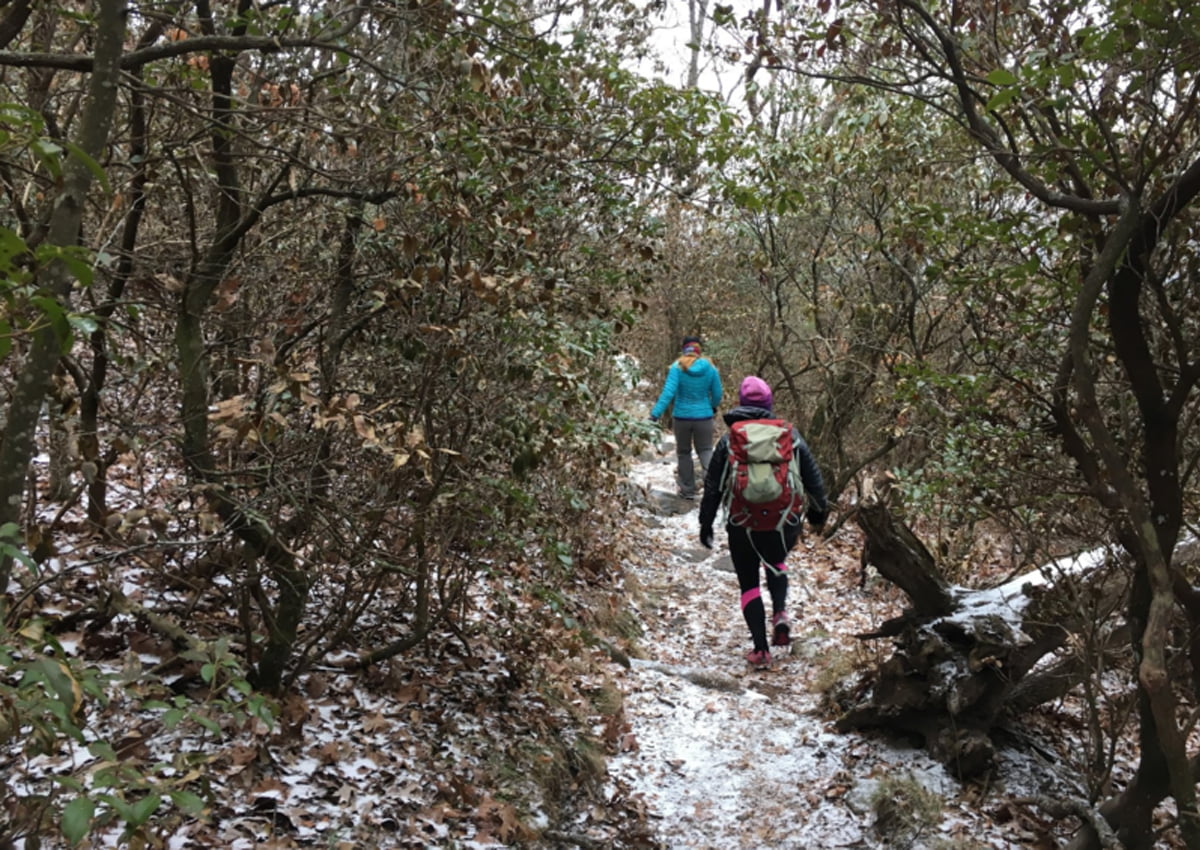 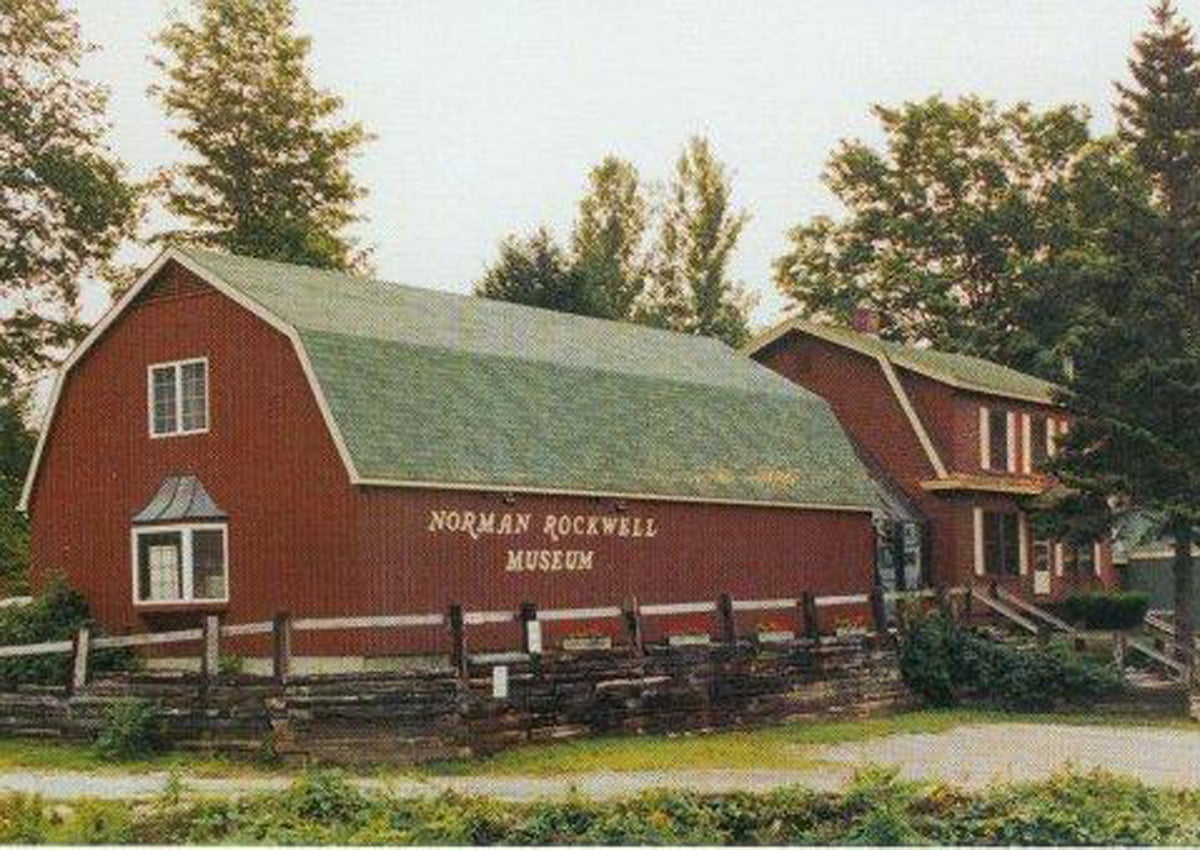 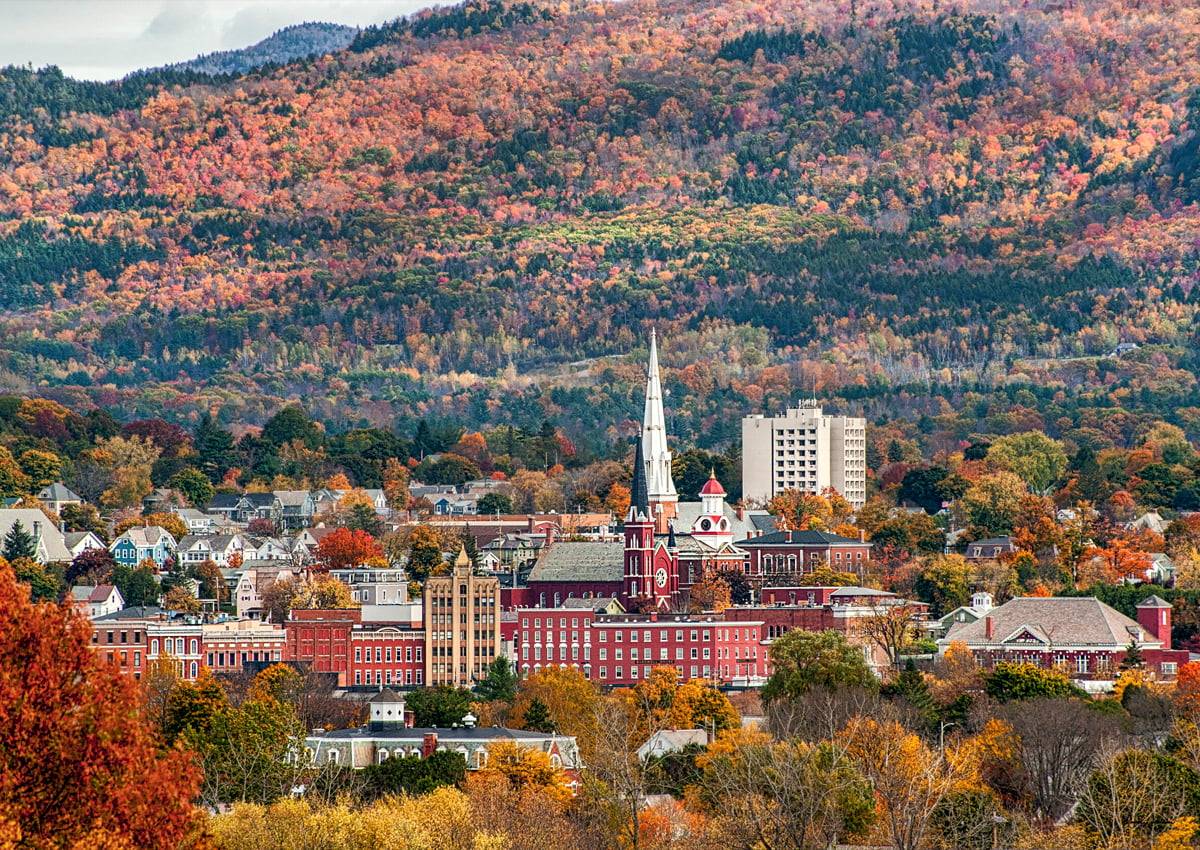 For more information, go to Killington.com and VermontVacation.com.