A Spirit of Sacrifice: New York State in the First World War | New York By Rail

A Spirit of Sacrifice: New York State in the First World War

Take a look at New York during World War I through this exhibit.

Current Status: Museum is temporarily closed due to COVID-19. 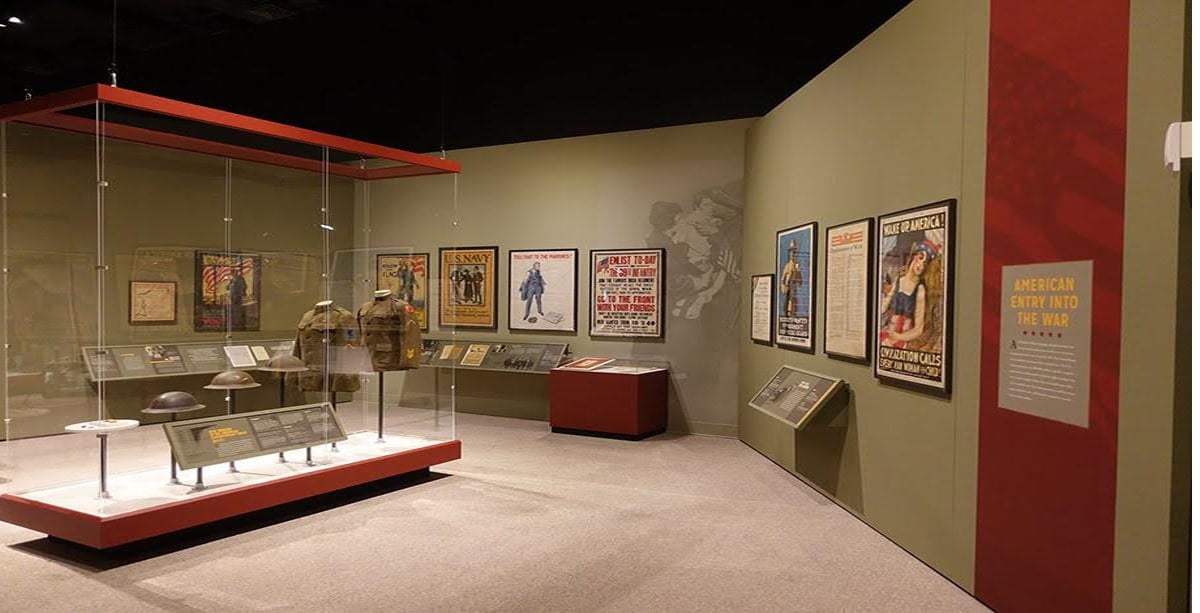 The exhibit is on display at the New York State Museum in Albany. | Photo from the exhibit website.

Step back in history for a day. Currently on display at the New York State Museum, this exhibit examines how New York State and its citizens played an important role in the United States’ efforts during the World War I. The exhibit discusses the significance of understand history today and the impact New York had on these events. By the end of the war, the Empire State was leading the country in numbers of soldiers, supplies and money raised.

The museum showcases a series of things from the time period of the war to help guests learn about it through art. This includes several posters created during WWI, like the famous Uncle Sam poster. It also features iconic artifacts, images, and documents from collections of the New York State Museum, Library and Archives as well as various places across the state.

Spirit of Sacrifice offers 8 different areas about the war that hold emphasis on New York. The “Timeline” section outlines historical events that contributed to the war as well as events during it. There are also sections about “War in Europe” and “American Entry.” The section “Over There” dives into what life was like fighting in the war, while “Over Here” discusses what life was like at home. Following this section is “War at Home,” analyzing questions of loyalty on the home front. To close the exhibit are sections “End of the War” and “Legacy of WWI” to tell about coming home from war and how it changed America’s (and New York’s) place in the world.

New York State Museum Hours are Tuesday through Sunday, 9:30 a.m. until 5 p.m. Admission inside is free of charge. The exhibit will run in the museum until June 3 of this year.

The exhibit features a section of soldiers going off to war. | Photo from the exhibit website.

The exhibit gives an inside look at war overseas, including what it was like to live in trenches. | Photo from the exhibit website.

Take Amtrak to A Spirit of Sacrifice

Experience the exhibit via Amtrak to Albany-Rensselaer Station—Don’t forget to use the New York By Rail 15% discount!