Mountain Jam Festival returns to Hunter Mountain on June 15, 16, and 17. This multi-day event will feature over 50 artists. The headliners this year will be Jack Johnson, Sturgill Simpson, and Alt-J. 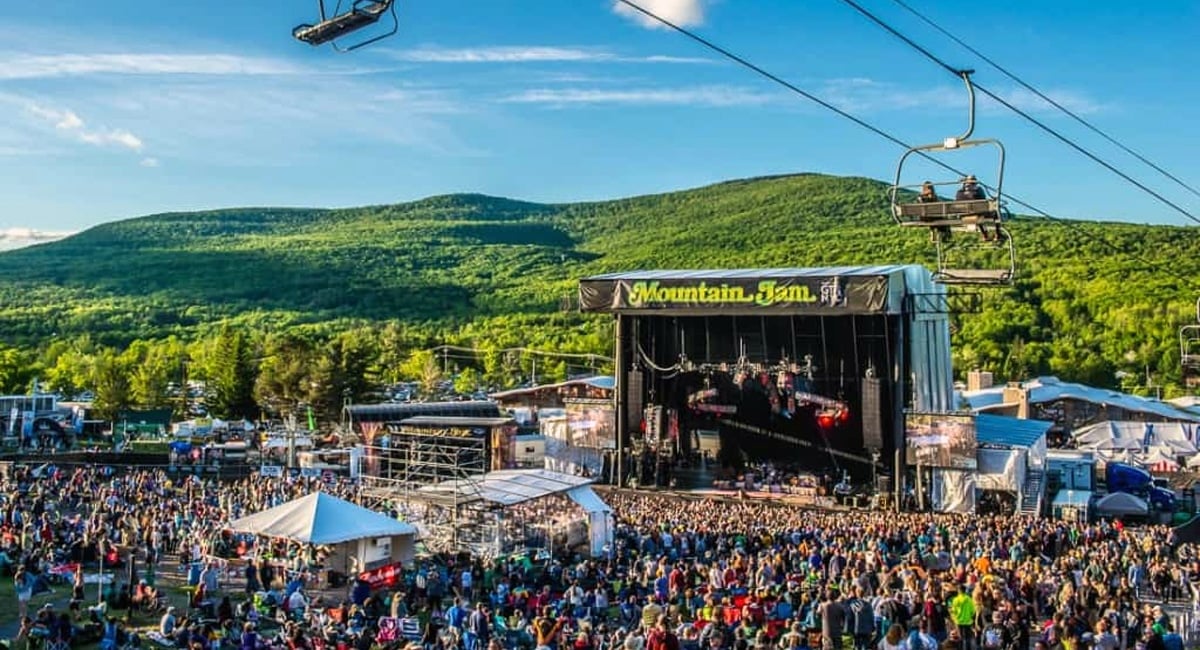 Mountain Jam Festival returns to Hunter Mountain on June 15, 16, and 17. This multi-day event will feature over 50 artists. This year’s headliners include Jack Johnson, Sturgill Simpson, and Alt-J. This three-day, multi-stage event, features amazing music in one of the Northeast’s most pristine natural amphitheaters. Many noteworthy national publications have rated Mountain Jam one of the top music festivals in the country!

Jack Johnson rose to fame with his acoustic style, after he shifted from being a pro surfer to a musician. He released hits in the mid-2000s such as “Banana Pancakes” and “Better Together.” He continued releasing music, until 2014 where he took a two-year hiatus and did not release his seventh album in 2017.

Sturgill Simpson is identified as a Neo-outlaw country singer. He showed off his deep Southern roots in his debut album, “High Top Mountain.” In 2016 he released “A Sailor’s Guide to Earth,” and was nominated for a Grammy for album of the year.

Alt-J is an English rock group that makes folk-infected dub-pop tunes. Some of their popular songs are “Deadcrush,” “Hunger of the Pine,” and “Left Hand Free.” The group is made up of a drummer Thom Green, keyboardist Gus Unger-Hamilton, and singer/guitarist Joe Newman. Their second album, “This Is All Yours,” was nominated for a Grammy for best alternative music in 2014.

The War On Drugs –  Portugal. The Man – Father John Misty

Sarah Borges And The Broken Singles – Woods – Andy Frasco And The U.N.V – Thomas Wynn & The Believers

Experience these performances via Amtrak to Hudson Station—Don’t forget to use the New York By Rail 15% discount!

Get picked up from Hudson Station and taken to your reserved #NYTRAIN Enterprise Rent-a-Car. Click here to reserve your car or call the Syracuse office today at: 518-828-5492.