New York state exemplifies the best of what the Amtrak system has to offer. The Northeast Corridor, the busiest railroad in North America, runs through the heart of New York City, making it easy to hop aboard numerous daily trains headed north to Boston or as far south as Virginia. National Network trains starting in New York City, like the Silver Meteor and Lake Shore Limited, provide a one-seat ride to prime vacation spots including South Florida and Chicago.

Through the annual financial support of New York state, Amtrak also operates a robust service connecting 26 communities across the Empire State, from major urban centers like Buffalo to small towns like Westport – and everything in between. Take advantage of seven daily roundtrips between New York and Albany-Rensselaer, two between New York and Niagara Falls, N.Y., and one roundtrip each between New York and Rutland, Vt., Montreal and Toronto.

Amtrak recently expanded its reach with convenient, affordable Thruway bus connections from our stations in Rochester, Syracuse, Utica and Saratoga Springs. Destinations include Cooperstown, known for the National Baseball Hall of Fame and Museum; Ithaca, home to renowned Cornell University; and the resort areas around Lake George.

To encourage your exploration of the region’s natural and cultural sites, the state offers discounted travel on the Adirondack, Empire Service, Ethan Allen Express and Maple Leaf trains. The “See NY and Save” program provides 15 percent off the regular, full adult fare, while students ages 13 – 25 are eligible for 15 percent off the lowest Value or Flexible fare. Remember that Amtrak also offers new, easy-to-use gift cards. 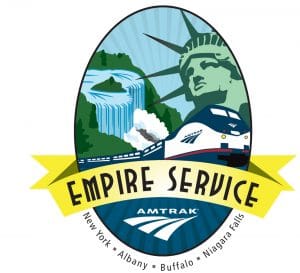 Amtrak and New York state remain focused on improving the customer experience in stations and onboard trains. A new station in Schenectady includes a spacious waiting area and local history displays. In Buffalo, plans are moving forward for a modern downtown station. Amtrak also continues with the expansion of New York Penn Station into the neighboring Moynihan Train Hall, which will become a boarding concourse for Amtrak and Long Island Rail Road customers. This project will help relieve congestion in the station for the more than 650,000 people who pass through it every day. Restrooms on the current Amtrak concourse were refreshed last year. 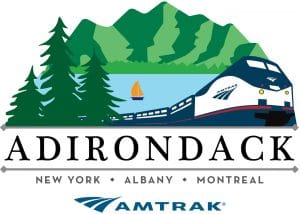 Customers traveling through the Big Apple are enjoying a smoother, more reliable ride following a $50 million infrastructure renewal program that took place over summer 2018. It included major reconstructions of the Empire Connection along the West Side of Manhattan and the Spuyten Duyvil Bridge spanning the Harlem River.

Amtrak and its partners also advanced planning and design of the Gateway Program, which will feature a new, two-track Hudson River Tunnel serving New York Penn Station. Constructing a new tunnel will allow Amtrak to rehab and modernize the existing North River Tunnel, which opened in 1910 and incurred serious damage from Super Storm Sandy. A new Hudson River Tunnel is essential to the continued growth and mobility of the greater New York area – one of our nation’s most important population and economic centers.

Whether traveling for work or fun, see where the train can take you this year – we look forward to welcoming you aboard.