The National Baseball Hall of Fame inducts 6 legends of the game. 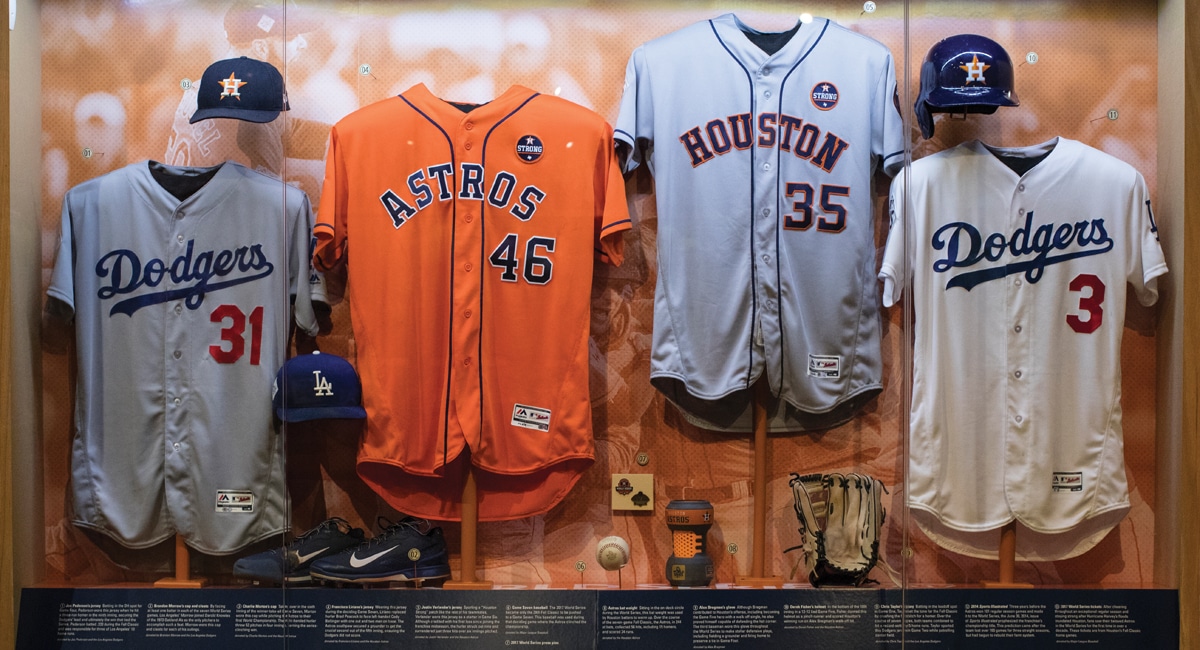 Until the mid-20th century, Abner Doubleday was credited with inventing baseball in a cow pasture in Cooperstown, New York, in 1839, but it was a myth. Doubleday was a cadet at West Point by then, and his parents had moved away from Cooperstown a year earlier. Historians have since bestowed the claim on Alexander Joy Cartwright, a founding member of the New York Knickerbockers Base Ball Club, who adapted the sport from English game, “rounder”, in 1845. Regardless, Cooperstown has remained a special place in the hearts of baseball afficionados as the site of the National Baseball Hall of Fame.

For baseball fans, the Baseball Hall of Fame is a must-see. A nonprofit museum committed to the preservation of baseball history, the Hall celebrates the game’s legendary players, managers, umpires and executives and is repository of archives, artifacts and exhibits. It also inducts a new class each July.

Of the 750 players that make up the 30 major league baseball teams each year, only a handful qualify for induction into the Hall of Fame after retirement. In December, members of the Baseball Writer’s Association of America cast 422 ballots. A player must appear on 75 percent or more of the ballots to earn a spot in the Hall of Fame. In addition, players of historical note may be elected to the Hall by its Modern Baseball Era Committee. This year’s inductees are Jack Morris, Alan Trammell, Vladimir Guerrero, Trevor Hoffman, Chipper Jones and Jim Thome. 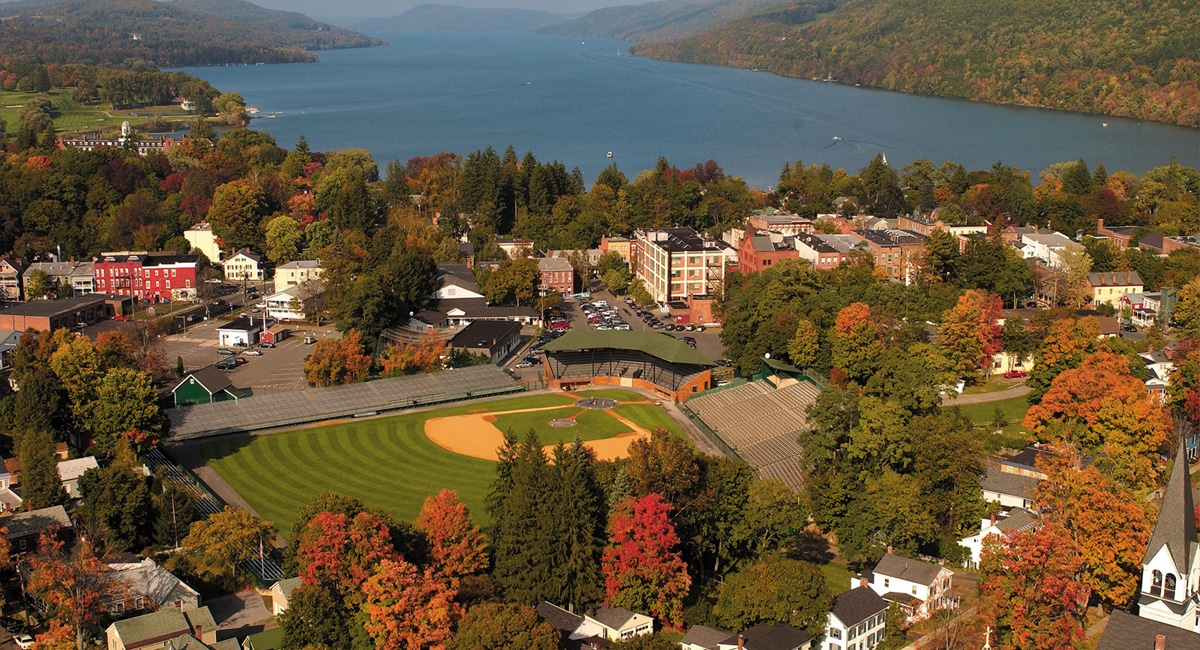 The inductions occur in July during the annual Hall of Fame Weekend. This year, the weekend is July 27th to July 30th. It’s open to the public. It’s a family-friendly event that includes a “Parade of Legends” and a “Legends of the Game” roundtable discussion with the inductees. Over 50 hall-of-famers are expected to return for the festivities, including Ozzie Smith, who hosts “PLAY Ball”, in which visitors get instruction and field time with Smith and other baseball superstars.

Can’t make it to induction ceremony? The National Baseball Hall of Fame is open year-round. Visitors can check out only the Hall or buy a combined ticket for the Hall plus the nearby Fenimore Art Museum and/or The Farmers’ Museum. Now that’s a homerun!

Take Amtrak to the National Baseball Hall of Fame

For a shorter drive, the Utica Station is closer—only 40 miles away, but there are no on-site rental cars. However, Enterprise Rent-a-Car does pick up passengers and transports them to their reserved #NYTRAIN rental from the station. Click here to reserve your car or call the Utica office today at: 315-736-0002.

The National Baseball Hall of Fame and Museum is located at 25 Main St. in Cooperstown. Call (888) HALL-OF-FAME, or visit their website for more information.

The Class of 2018: National Baseball Hall of Fame Inductees 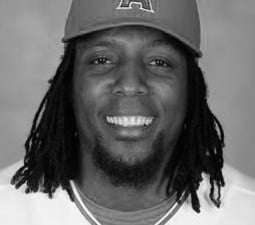 Guerrero retired following the 2011 season with a .318 career batting average, 449 home runs, 1,496 RBI and 2,590 hits. He was named to nine All-Star Games, won eight Silver Slugger Awards and led his league in assists twice as an outfielder. 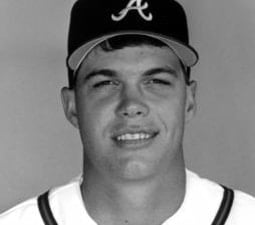 Jones is one of only nine players in big league history with at least 400 home runs, a .300 average, a .400 on-base percentage and a .500 slugging average. His 1,623 RBI are the most of any player whose primary position was third base.


Just six weeks after birth, Hoffman had a damaged kidney removed and was not allowed to play contact sports, so he followed his older brother into baseball. His totals after 18 major league seasons rank as some of the all-time best: 601 saves, 856 games finished, 1.06 walks and hits per inning ratio, 9.36 strikeouts per nine innings and a 2.87 career ERA. His save percentage of 88.8 ranks second among all pitchers with at least 400 saves. 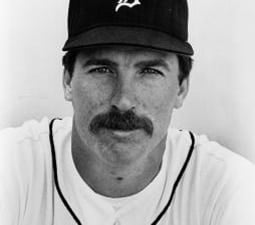 Morris was a four-time World Series winner, a five-time All-Star and the author of what is possibly the greatest Game 7 World Series pitching performance, pitching 10 innings with only seven hits, two walks and eight strikeouts. He concluded his career with a 254-186 record, including a big league-best 162 wins in the 1980s and 515 consecutive starts, an American League record at the time of his retirement. 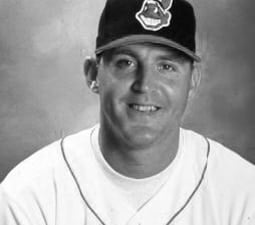 In 2002, Thome received the Roberto Clemente Award, for his community involvement and sportsmanship. When he retired, he had totaled 1,583 runs scored, 612 home runs and 1,699 RBIs. Only seven other players in big league history – Barry Bonds, Babe Ruth, Williams, Manny Ramirez, Mickey Mantle, Frank Thomas and Jimmie Foxx – had at least 500 home runs, a .400 on-base percentage and a .550 slugging average. He was named to five All-Star Games and finished in the Top 10 of his league’s Most Valuable Player balloting four times. 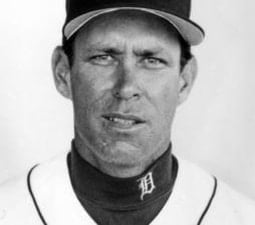 From day 1 in the big leagues, Trammell was the Tigers starting shortstop, finishing fourth in the American League Rookie of the Year voting. He was American Comeback Player of the Year (1983) and World Series MVP (1984). In 1987, he became the first player in big league history to hit at least .340 with 28 home runs and 100 RBIs in a season while playing at least half his games at shortstop. Trammell retired with six All-Star Game selections, three Silver Slugger Awards and four Gold Glove Awards. He batted over .300 seven times in his career, finishing with a .285 batting average, 185 home runs, 1,003 RBIs, 412 doubles and 2,365 hits. Three times he finished in the top 10 in MVP voting. In 1978, the Trammell was paired with second baseman Lou Whitaker. By the time their careers were over, Trammell and Whitaker played in 1,918 games together – the most by any double-play combination in history.