Roaming through limestone corridors, vast galleries and beneath colossal boulders, I’m 156 feet below the earth’s surface in a cave, six million years in the making. With strange formations, flowing sheets and dripping stalactites, the solid rock walls appear fluid-like. Continuing down a well-worn path, winding through the shadowy depths, I reach a pristine underground lake that stretches into absolute darkness in the cave’s Eastern Terminus. This is the Howe Caverns ultimate experience.

The Traditional Tour at Howe Caverns

The 90-minute tour at Howe Caverns begins in the above-ground study of the cave’s claimant, Lester Howe. Located atop a beautiful mountainside with spectacular views overlooking the Helderberg Plateau, I enjoy the entertaining tale, by Howe himself, of how he discovered the cave system before taking an elevator down to the main vestibule where the journey begins.

From there, I follow the brick-paved path, exploring the limestone cave carved by the River Styx. Named after the river in Greek mythology that separates the world of the living from the underworld, the stream is not as eerie as it sounds. Its crystalline waters meander alongside a path leading to Titan’s Temple (the largest room in the caverns), past the Bridal Altar (a glowing calcite heart that’s hosted nearly 700 weddings!), to the shores of the Lake of Venus for an underground boat ride. 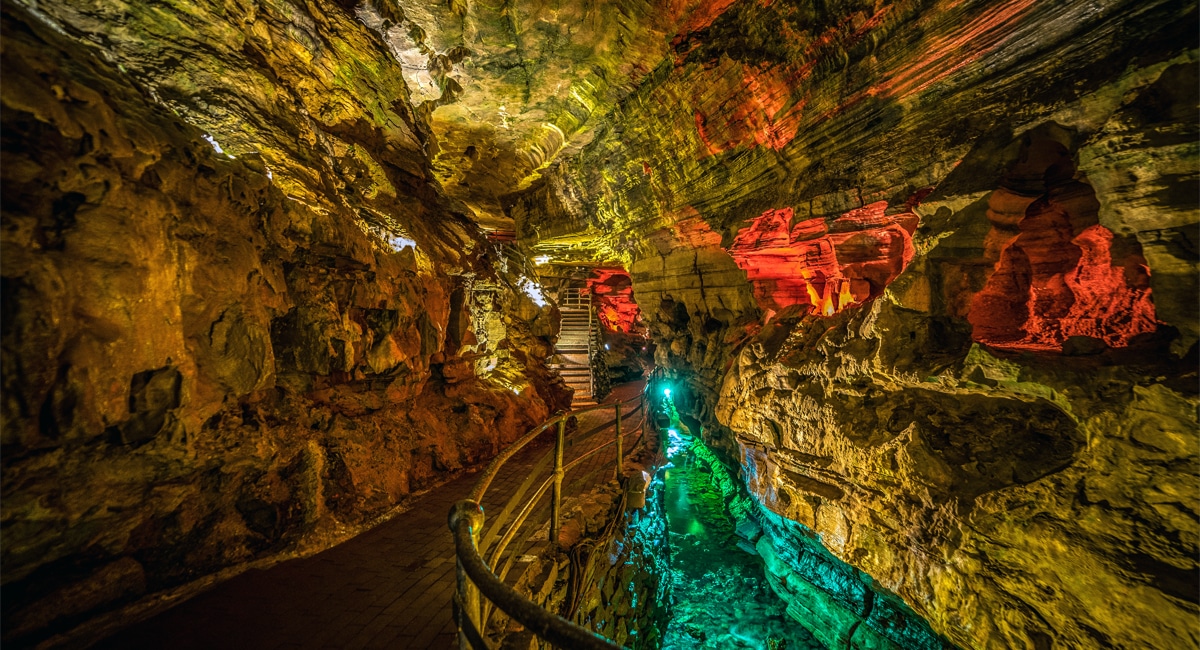 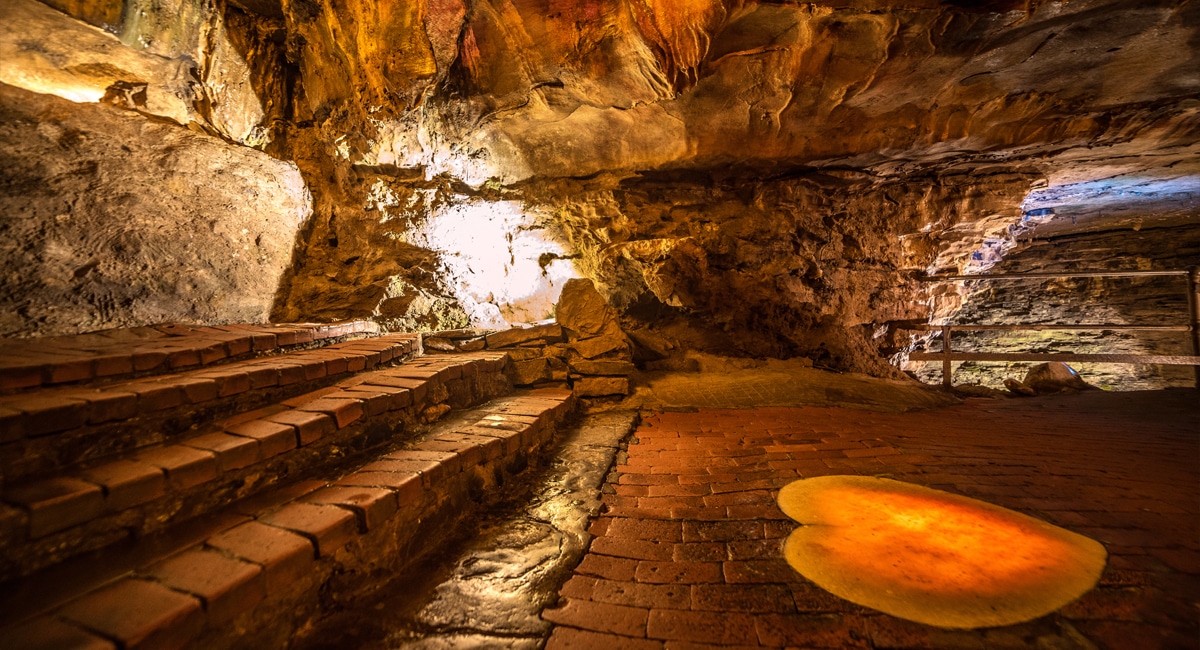 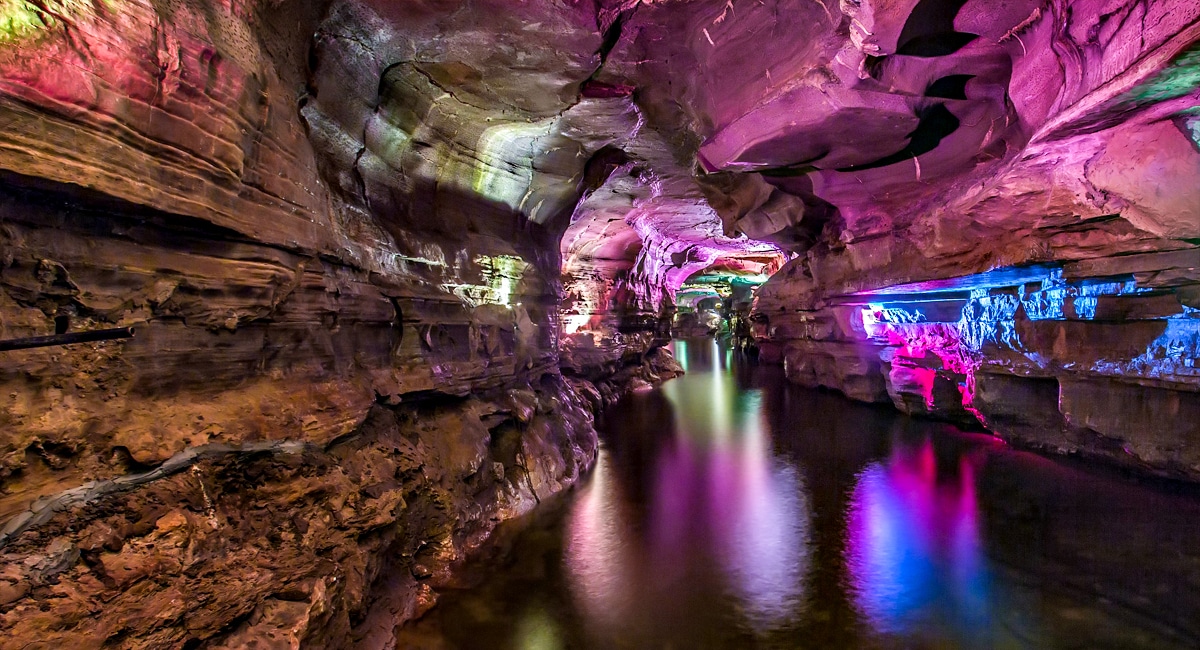 The Lake of Venus | Photo Courtesy of Howe Caverns

Touring Howe Caverns is a unique, memorable experience. Both historical and a natural wonder, the caverns appeal to both diehard spelunkers and families.

Topside, I head over to the Sweet Shop and dig into the half-pound of mint cookie crumble fudge, made on site, which is included with my Tour and Stay Package. Others opt for chocolate, vanilla and peanut butter. There’s also maple nut, key lime pie, rocky road and more. The tour also includes a large bag of gemstone mining rough and a souvenir in my room.

Lodging at the Howe Caverns Motel

Standard guest rooms or family suites, each with a spectacular view of the Helderberg Plateau and a souvenir bag of gemstone mining rough.

The Tour and Stay Package* includes:

*Rates Do Not Include Sales Tax

There’s a quaint café on site. Howe Caverns is also in close proximity to scenic bike rides and hiking trails and other attractions in Central New York. 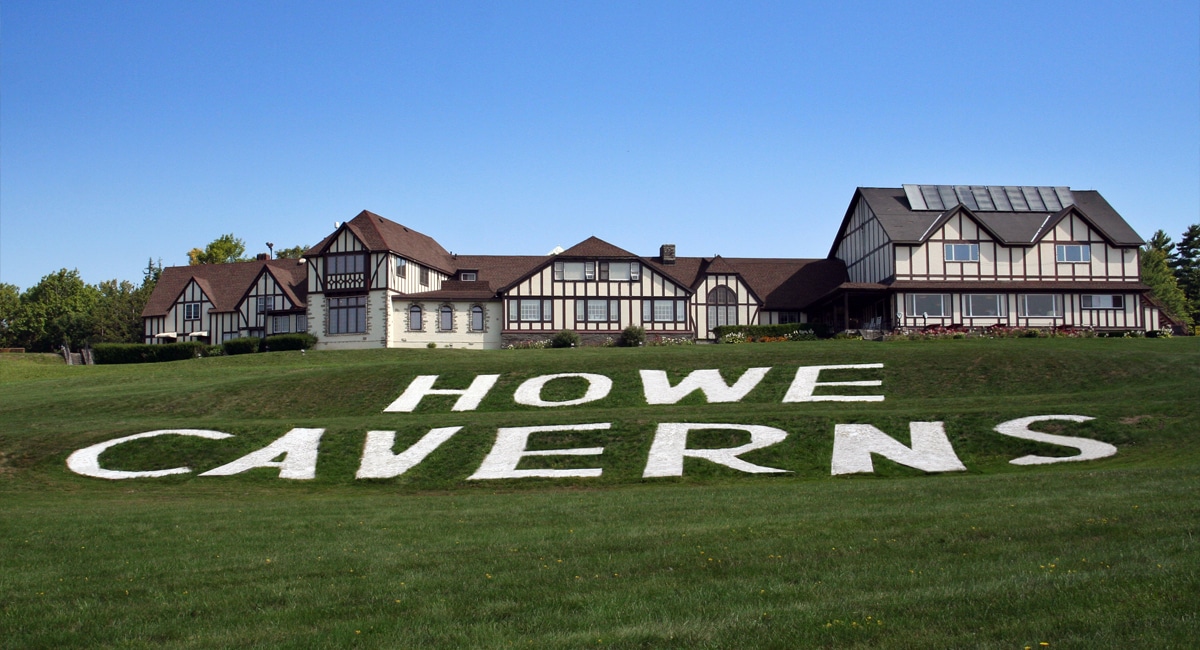 Prior to the arrival of the German Palatine Settlers in the Schoharie Valley in the early 1700s, Native Americans called the caverns, “Otsgaragee” or “Great Valley Cave”. However, little native knowledge of Otsgaragee remained by the early 1800’s, when Lester Howe and his family settled in the valley east of Cobleskill.

Historians credit Howe, a farmer, with the discovery of Howe Caverns, however, his cows really deserve the credit. Noticing they were drawn to an area of his neighbor’s property, Howe investigated, discovering the spot was significantly cooler. On May 22, 1842, Howe and his neighbor, Henry Wetsel, searched the grounds and discovered the opening to the caverns. Excited by their discovery, the two men delved deeper each day. Then, in February 1843, Howe purchased the land from his neighbor and turned the cavern into a commercial venture. 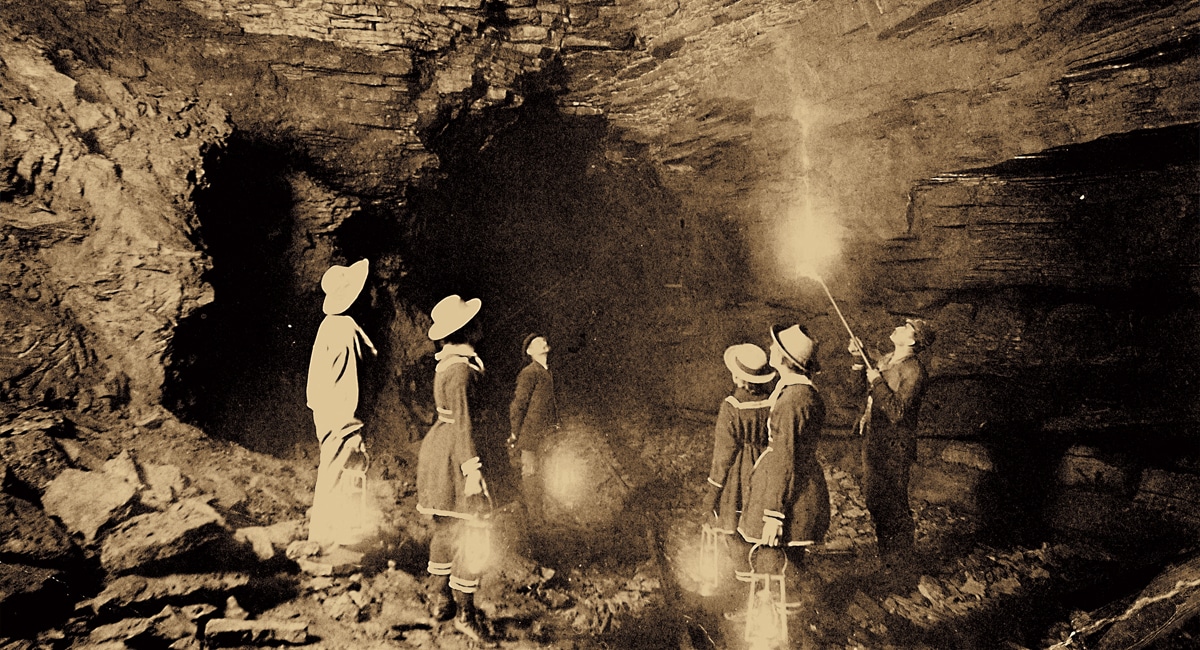 A tour during the late 1800s. | Photo Courtesy of Howe Caverns

After its sale in 1898, Howe Caverns closed to the public until new owners redeveloped the site in the 1920s. The cavern reopened to the public with elevators, brick pathways, lights and handrails in 1929. Today Howe Caverns is the second-most visited natural attraction in the state of New York, welcoming 150,000 to 200,000 visitors per year.

Experience the mystique of Howe Caverns via Amtrak to Albany-Rensselaer Station (ALB) or Schenectady Station (SDY).

Don’t forget to use the New York By Rail 15% discount!

Howe Caverns provides ground transportation from ALB or SDY if you stay at the Howe Caverns Motel. 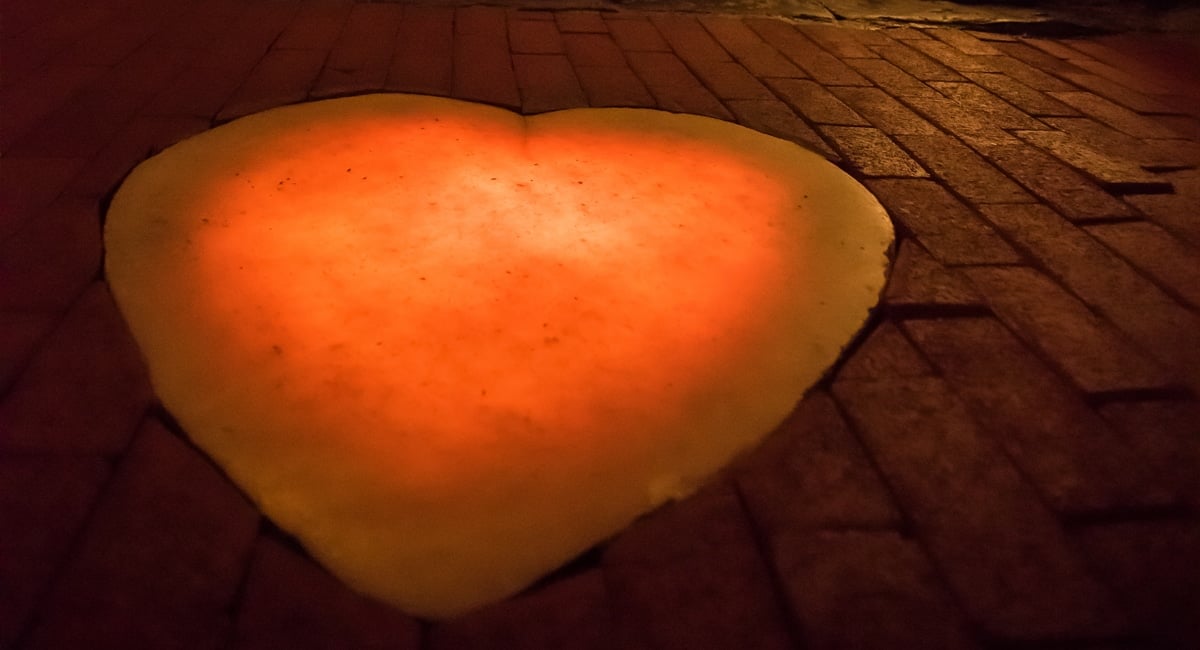 Wine for two and special chocolate treats upon arrival in your room. 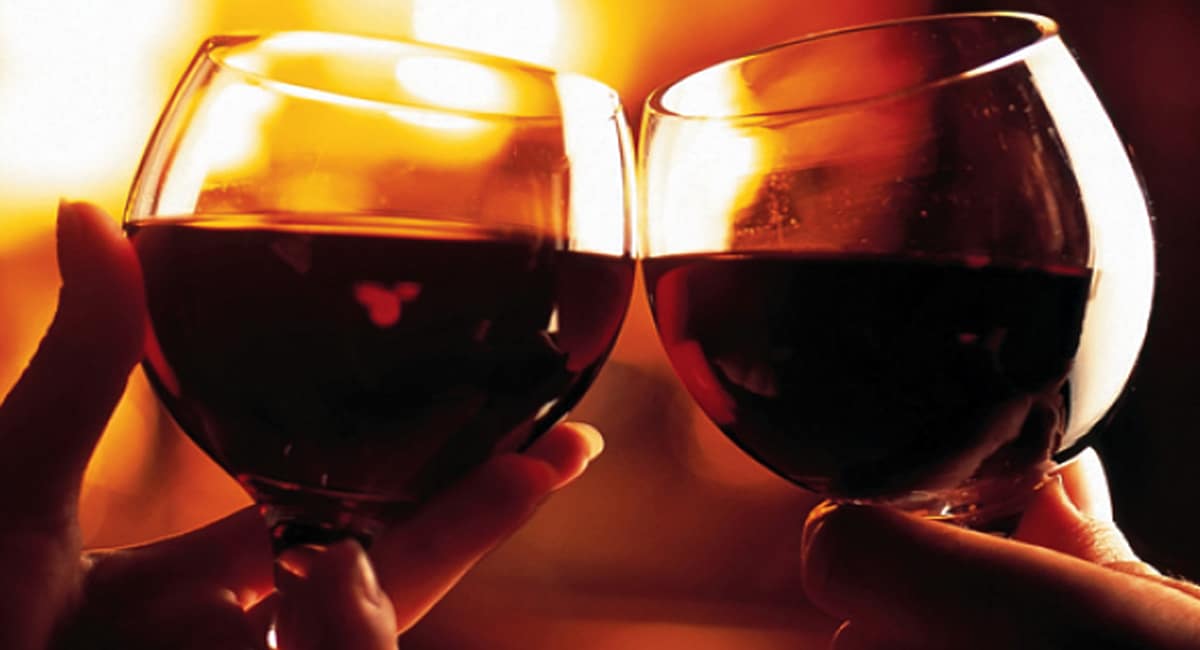 A most special, adventurous date night! Tours of the caverns and the Signature Rock Discovery Tour, plus upscale dining for two at the American Hotel Restaurant and gem mining with a special keepsake of your own creation. 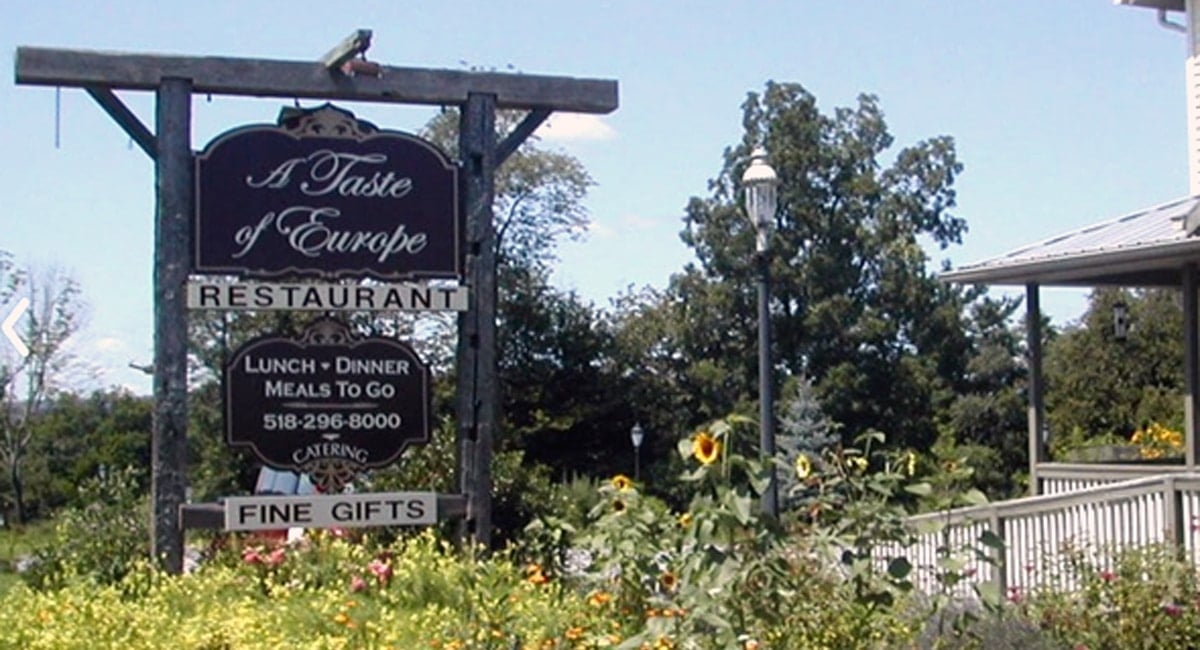 After your tour of the caverns, enjoy a five-course dinner prepared by owner/chef Jeannette Balins at her acclaimed restaurant, A Taste of Europe. 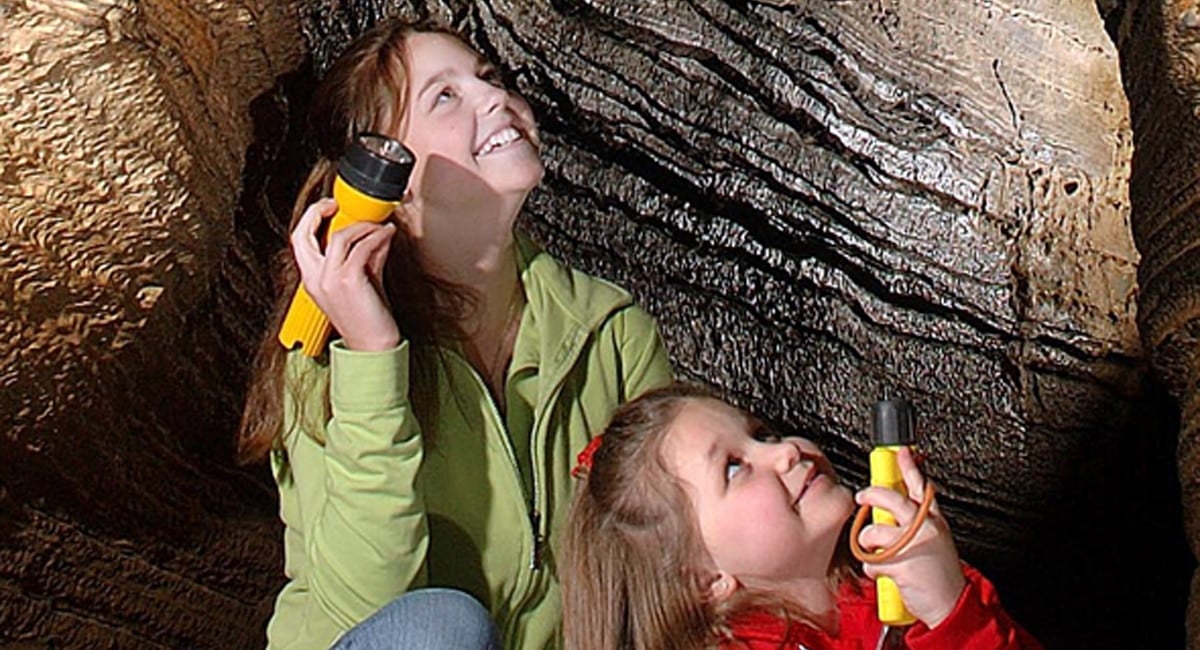 A fun, educational adventure for families! A variation of the Lantern Tour with flashlights and headlamps. 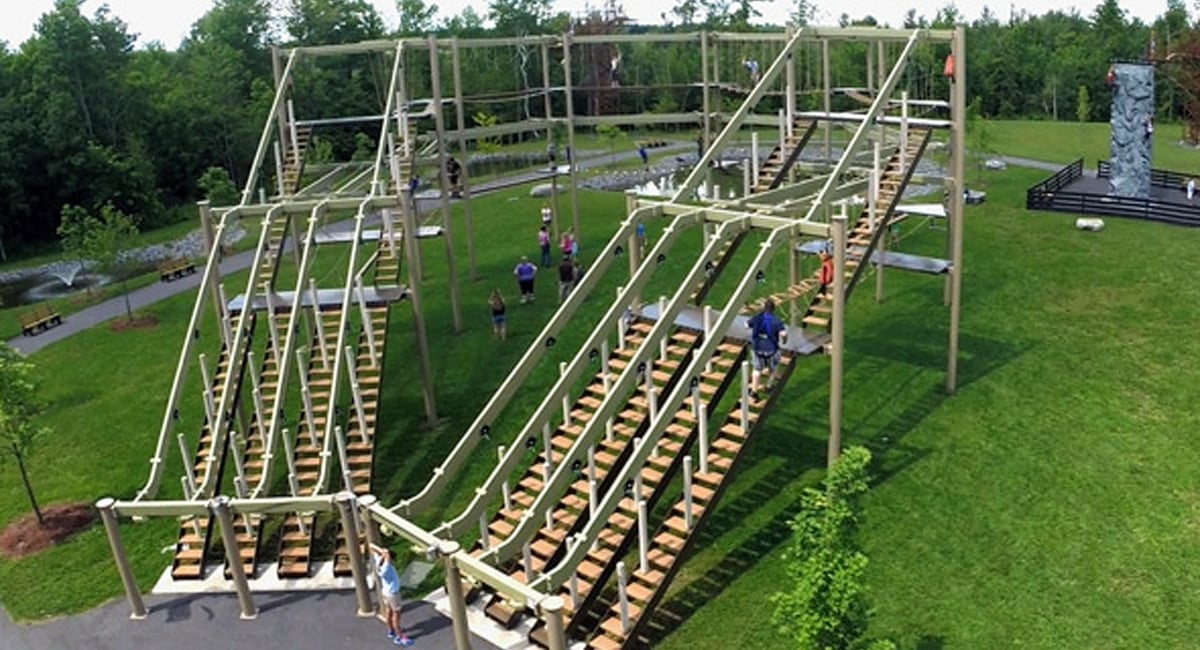 After your tour of the caverns, challenge yourself on Howe High Adventure’s zip line, ropes course, rock wall and in the H2OGO ball.