When my friend, Ilyse, and I arrived at the New York State Fair, there was no doubt where we wanted to go first, the rollercoaster. Moments later, as we climbed higher and higher up the narrow track, we could see across the entire fair, then we plummeted down, right and left. It was a wild ride and the perfect introduction to one of the biggest family parties in the Empire State.

As the adrenaline subsided, we watched others whip, spin, swing, and tilt to their collective delight on the other rides around us. What a contrast to the calm, relaxing train ride to the fair!

Earlier that morning, Ilyse and I had met on the train. I boarded in Albany and her in Rhinecliff. We talked for a while, then Ilyse pulled out her book while I enjoyed the view of the Mohawk River from the large window by my seat.

The Amtrak stop at the New York State Fair (NYF) is a special one, only open during the Fair. We sure appreciated the convenience of this unique stop! The fair attracts over 1 million people in just 13 days, but without the hassle of driving and parking, the crowds comfortably filled the fairgrounds around us.

As we got off the coaster, a concert was beginning at the Chevy Court Pavilion. The New York State Fair has hosted a number of big-name entertainers over the years, including Bon Jovi, Rod Stewart and Bruno Mars. The band, Jukin’ Bone, an early 1970s rock band from the Syracuse area, was into its second song by the time we found a seat.

We listened to one set, then decided to find something to eat. Part of the fun of going to a fair is the fare. As we entered the Dairy Products Building, a girl handed us free chocolate milk. Then we saw it, an incredible sculpture made entirely out of butter under a temperature-controlled glass dome that slowly circled, round and round.

We wanted to see the animals, too. The goats with their goofy expressions were especially endearing. We also watched sheep being shorn and a farmer milk a cow.

As we departed the animal pavilions, a parade was about to start. Three more dairy princesses and a Native American princess waved at us. Tractors, military men and a brigade of bagpipers entertained us. At one point, Blues Brothers-lookalikes pranced and sang along the avenue.

As the parade petered out, we hopped on a Centro Bus to our hotel, The Embassy Suites by Hilton Syracuse Destiny USA. A complimentary glass of wine awaited us after we checked in. After relaxing for an hour, we walked across the parking lot to shop at the Destiny USA, a destination unto itself packed with boutiques, restaurants, and family-friendly entertainment. What a fun, full day! 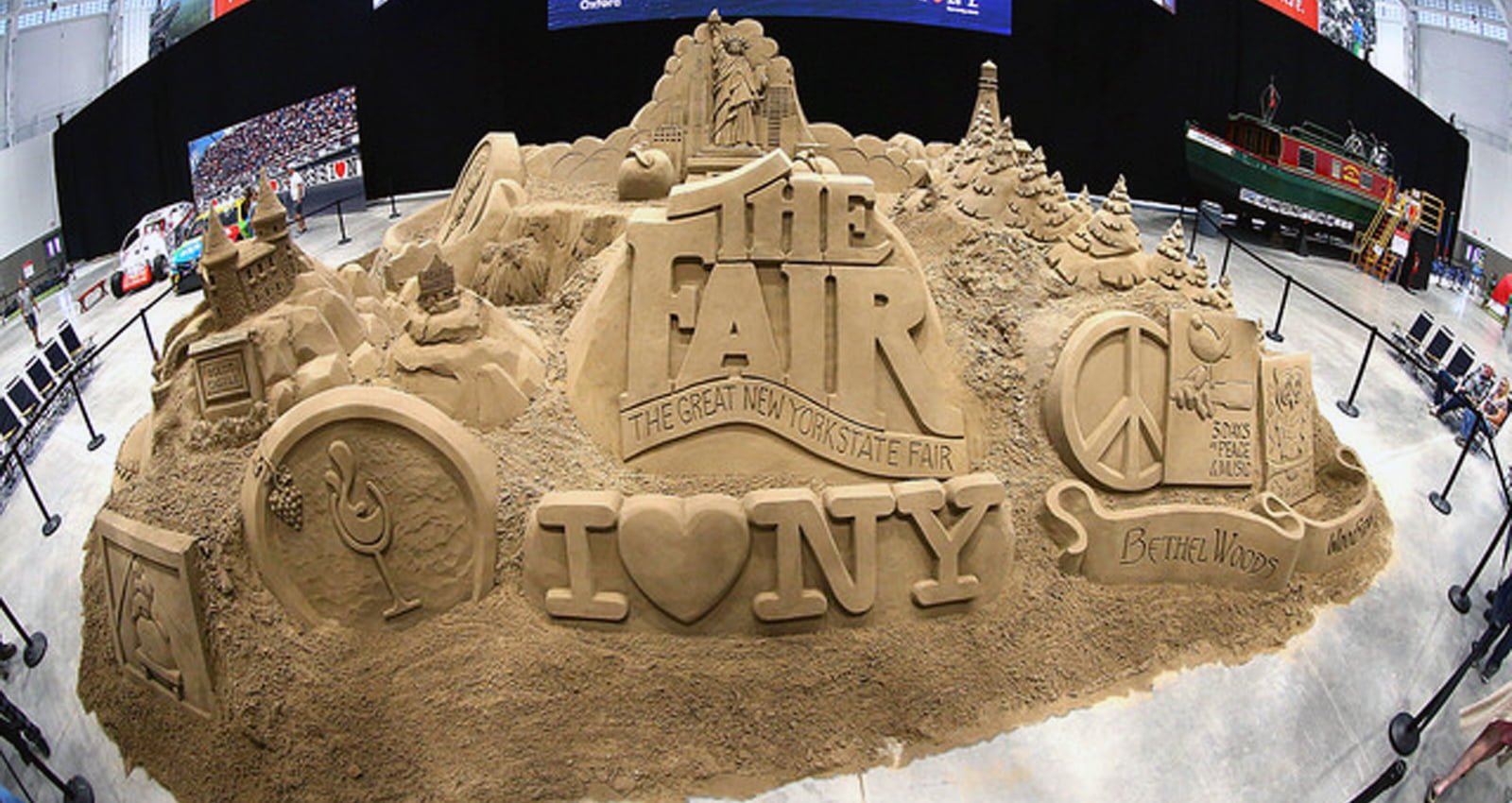 Top 10 Things to Do at the New York State Fair

In no particular order, here are New York By Rail’s must do’s at the fair: 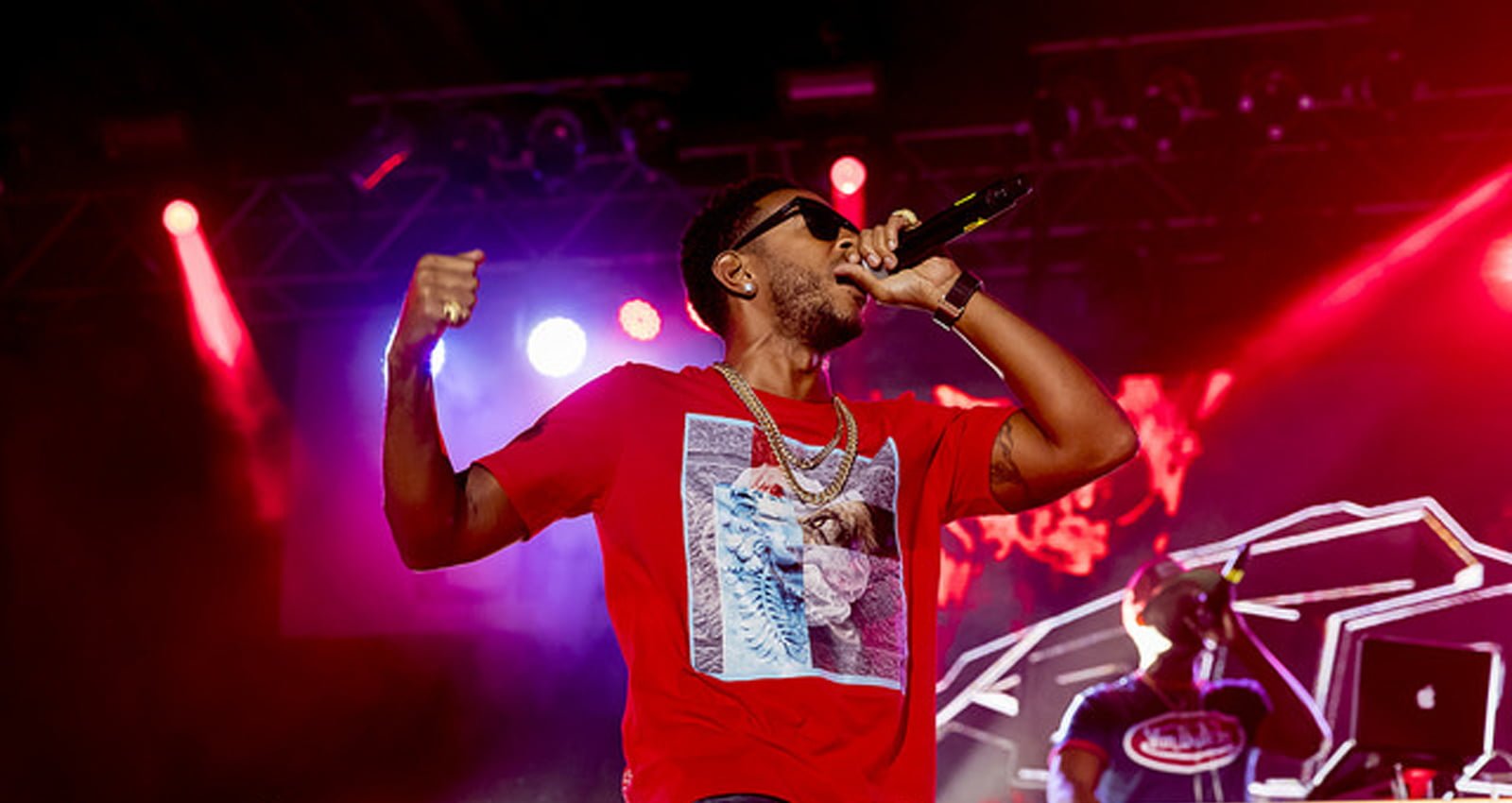 Each year, the New York State Fair features a wide range of live musical performances, from country to nostalgic to pop. There are two concerts per day at Chevy Court, four per day at Experience Stage and other performances throughout the fairgrounds. Concerts are included with admission. This year’s line-up includes:

For the complete concert line up, including a number of big-name artists, go to nysfair.ny.gov.

Plan Your Carefree, Car-Free Trip to the Fair

Going to the New York State Fair on Amtrak is easy and relaxing because you don’t need to deal with traffic or parking. Here’s a sample itinerary: 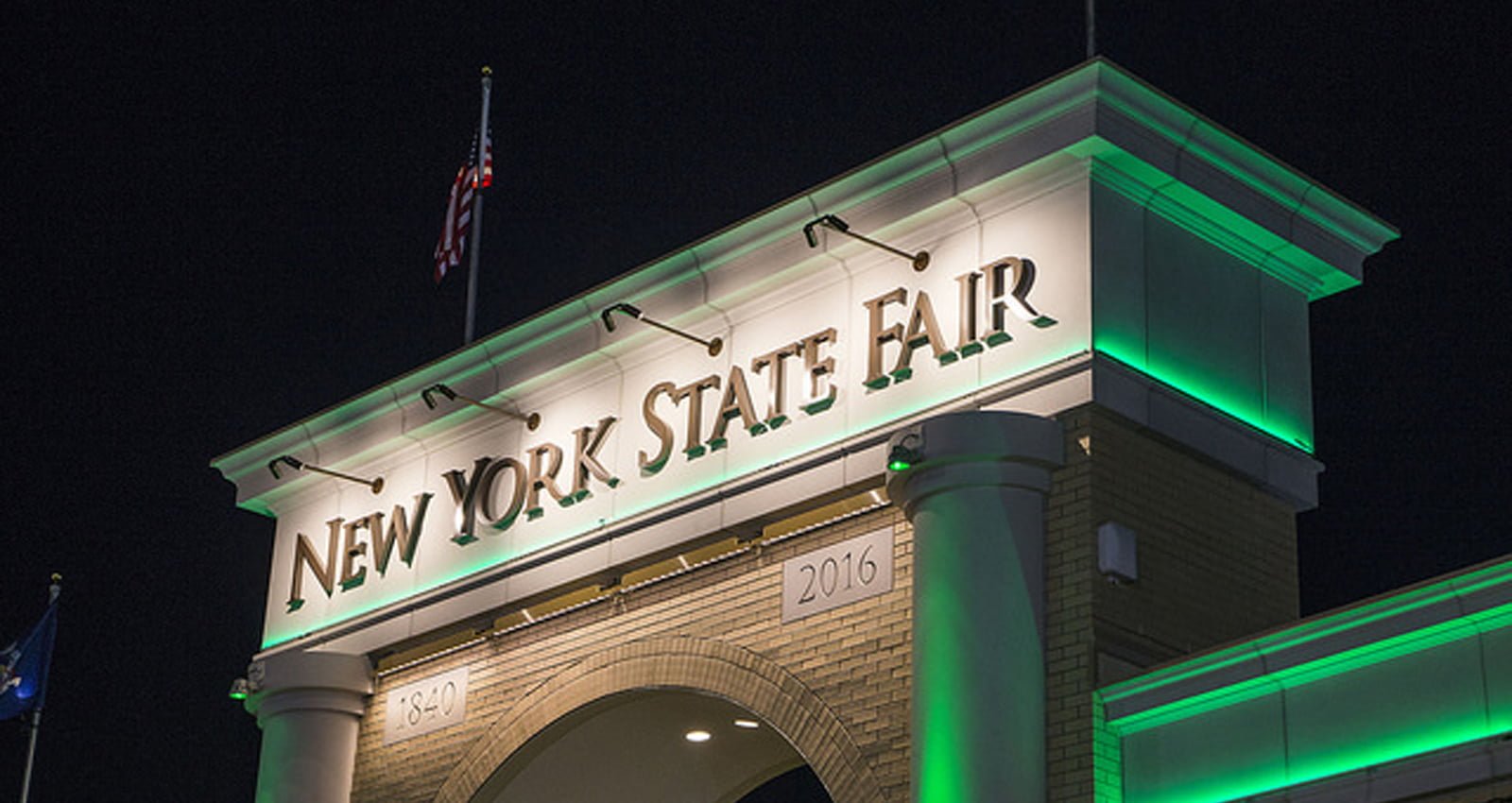 1. Take Amtrak to New York State Fair (NYF). If traveling from east of Syracuse, the Maple Leaf #63 stops by the fair gates at 1:21 p.m. (weekdays), 12:56 p.m. (weekends)
2. Eat lunch inside one of the food pavilions or at one of the many concessions.
3. Enjoy the rides and entertainment.
4. Watch a parade or a cooking or agricultural demonstration.
5. Tour the barns to see the blue-ribbon animals.
6. Eat dinner.
7. Watch a concert.
8. Take Centro Bus to the Embassy Suites Destiny USA hotel.
9. The next morning, return to the fair, or shop and enjoy the entertainment at Destiny USA.
10.From the fair (NYF), hop on Amtrak to head home. From Destiny USA, take the freehotel shuttle to Syracuse station (SYR), a block away. The eastbound Maple Leaf #64 departs SYR at 3:00 p.m.

Amtrak has continued its partnership with the New York State Fair to provide direct train service for customers traveling as a more convenient, cost-effective, family-friendly and comfortable way to travel to and from the Empire State’s largest annual event between Wednesday, Aug. 21 and Monday, Sept. 2.

Skip tolls, traffic and parking fees, and arrive steps from the fairgrounds via select Empire Service (Trains 281, 283, 284 and 288) and Maple Leaf (Trains 63 and 64) trains, which will make daily stops at the State Fair (in between stops at Rochester and Syracuse stations), adjacent to the Fairgrounds. The Amtrak station code for the New York State Fair is NYF.

In addition to the Fair stop, Amtrak is also offering a “kids ride free” promotion (one free child for each paying adult on the same itinerary) for travel to and from the Fair, which must be booked online at Amtrak.com and at least three days in advance of travel with the promo code V153. This sale is valid only during the duration of the Fair and includes one blackout date on Friday, Aug. 30. Other terms and conditions apply.

Tickets are available now at Amtrak.com, via the Amtrak mobile app, at station ticket counters or by calling 1-800-USA-RAIL. As always, customers will enjoy plenty of legroom, a generous luggage policy, and scenic routes. Amtrak also offers free Wi-Fi, the freedom to use phones and electronic devices at all times (no “airplane mode”).